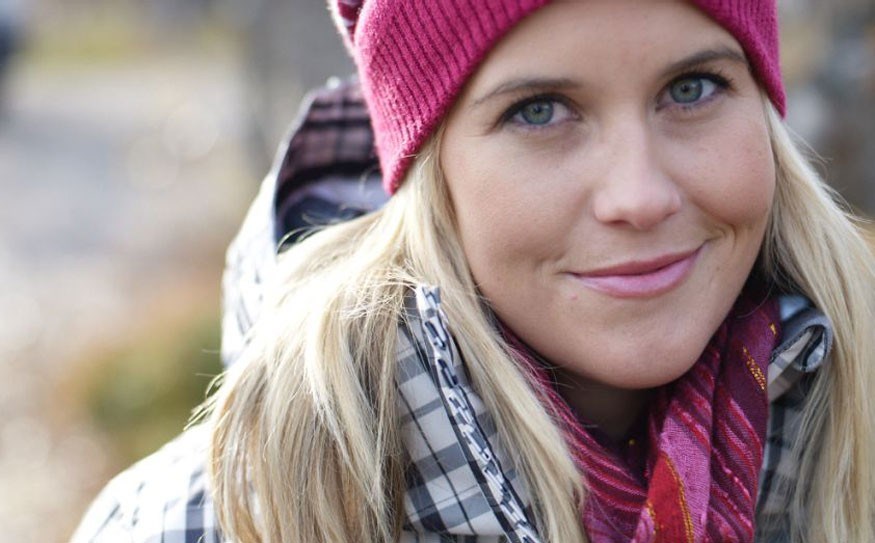 Sarah Burke was always an inspiration, from the very first freeski events she showed up to as the only girl in the contest to her most recent halfpipe win at X Games. And while most people knew her as a skier before her tragic death in a halfpipe accident, we know her a lot better now — enough to know that skiing was only one way that Burke stood out from the crowd. She was kind, she was giving and she was adventurous — qualities that inspire as much as her skill on skis.

To keep that inspiration alive, her husband Rory Bushfield and others have created a foundation in her honour, the Sarah Burke Foundation, using the remainder of over $300,000 in funds that were generated by donations to help cover her hospital bills. Sponsors also kicked into the pot and in the long term the fund will benefit from a series of snowflake pendants that were created by Joyce's Fine Jewelry in the likeness of Burke's tattoo; from a line of signature goggles sold by Smith Optics; from t-shirt sales from Trukfit; and from general donations from the public. Some $15,000 raised from Michelle Parker's "Believe in Sarah" stickers will also go into the foundation.

The foundation was launched on Tuesday, Jan. 8 and will begin to accept grant applications from aspiring winter sports athletes in February. As well, the foundation will make contributions to St. Jude's Children's Research Hospital, a charity that Burke supported in the past and once ran a marathon to support.

"Sarah had too many amazing qualities to list, but two of the most obvious ones were her love of winter sports, and her commitment to helping people in need," said Bushfield in a release. "We are honoured to be able to continue Sarah's practice of giving through the Sarah Burke Foundation and are grateful for the tremendous support we have received."

Other members of the board include Sarah's long-time coach Trennon Paynter, Burke's brother-in-law Tim Scheutz, and Elanor Bushfield, Rory's sister.

The foundation isn't the only long-standing tribute to the skier. The Association of Freeskiing Professionals (AFP) has named its top overall trophy after Burke, while the people of Midland, Ontario where Burke grew up named a street in her honour. Momentum Ski Camps in Whistler, which Burke attended as a teenager and taught during the summer months, also created a Spirit of Sarah scholarship.

For more on the foundation, visit www.sarahburkefoundation.com. For more on Burke's achievements, visit http://espn.go.com/espnw/more-sports/7984690/freeskier-sarah-burke-leaves-lasting-legacy-women-sports-espn-magazine.