Satisfaction with Whistler stays high, while faith in leaders slides 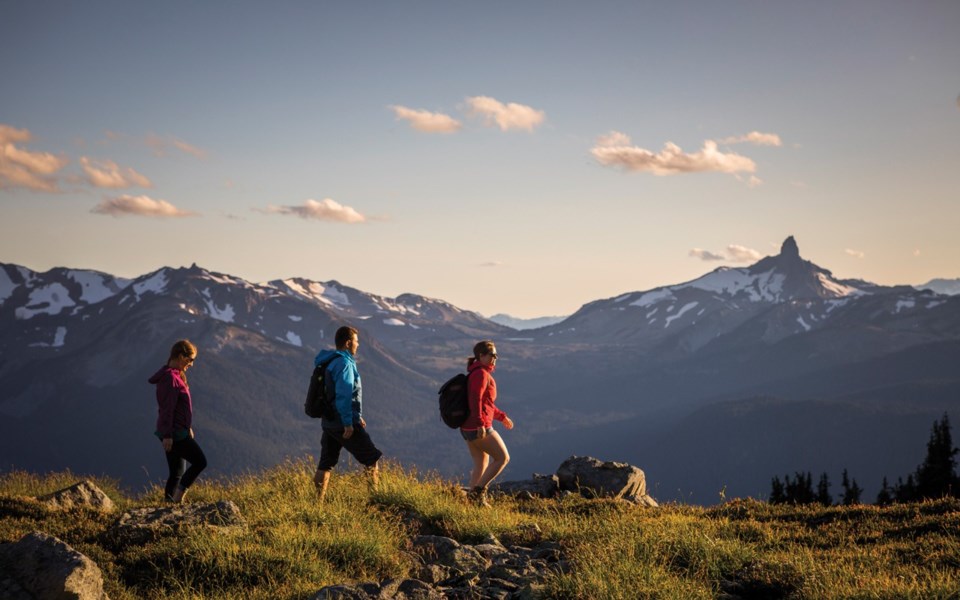 following two straight years in which satisfaction with Whistler was on the downswing, this year's Community Life Survey (CLS) reversed that trend—though locals' faith in municipal leaders' decision making continued to slide.

The RMOW survey, prepared by Forum Research Inc., saw 300 permanent residents and 202 second homeowners polled on everything from their sense of belonging in the community to their satisfaction with municipal services.

Nearly all second homeowners polled said they were satisfied with Whistler as a place to spend time (94 per cent), with the majority (60 per cent) saying they were "very satisfied."

The highest satisfaction ratings among residents were for the ability to get around by bike or foot (99 per cent), the resort's mountain biking and hiking trails (97 per cent), and opportunities for recreational activities (97 per cent).

On the other end of the scale, residents were least satisfied with the existing opportunities for formal learning through schools, colleges and other accredited courses in Whistler and the Sea to Sky (34 per cent), parking options (40 per cent) and municipal building and land development services (51 per cent).

Roughly three quarters of residents (76 per cent) rated their physical, mental and social well-being as excellent or very good, while the vast majority of residents (87 per cent) said they felt a strong sense of belonging to Whistler.

Those numbers were largely dependent on economic status, however, with respondents in the $100,000 or higher income bracket more likely to rate their well-being as excellent or very good, compared to just 52 per cent for those making less than $50,000 a year.

"In any community, those fundamental supports that we provide allow a community to be built," said Mayor Jack Crompton, calling housing, well-paying employment and "programs that engage (residents) where they're at in life" as essential to community well-being. "Whistler is the greatest place in the world and those supports are critical for us to embrace people that are new to town and those that need additional support."

The survey also showed residents' eroding confidence in their local officials, with less than half (49 per cent) of respondents saying that municipal leaders have the community in mind when making decisions all or most of the time, a seven-point drop from last year.

Second homeowners followed the same trend, with 57 per cent saying that RMOW leaders have the community in mind when making decisions all or most of the time, an eight-point slide from 2018.

This is the fourth straight survey (no poll was conducted in 2016) in which residents' trust in decision makers fell. The 2015 survey remains the historical high for locals, at 78 per cent. The record low was 43 per cent, in 2006, the first year of the survey.

The downswing comes after a year in which the RMOW was criticized for overspending on a handful of projects, including the $6.7-million Gateway Loop and an upcoming plan to build three public washrooms in the village for just over $3 million in provincial Resort Municipality Initiative funds.

Crompton said council, elected to office in the fall, is committed to improving the public's trust in municipal hall.

"Our council is a group of Whistlerites, so our expectations of ourselves match the expectations of our community," he said. "For me, it's an expectation of this council to respond to the very real on-the-ground challenges that this community is facing. I am sure council will use this score as a motivator—I sure will."

At last week's council meeting, Councillor Cathy Jewett, chair of the RMOW's newly formed Governance and Ethics Standing Committee, acknowledged that the committee "has some work to do" to rebuild the public's trust in municipal decision making.

"That's on our shoulders over here, so I hope that we can work on that."

Following several recent years of record-breaking visitation, coupled with the ongoing challenges around affordable accommodation, it's no surprise that housing and transportation topped the list of most important issues facing Whistler in this year's poll.

Fifty-two per cent of residents said housing should receive the greatest attention from municipal officials, while transportation came in a distant second, at 18 per cent.

Second homeowners identified the same two issues as most pressing for local leaders, albeit in lower margins, with 24 per cent naming housing as the top concern, and 23 per cent naming transportation.

"I think this aligns with our area of focus as directed by council. We're certainly putting a lot of effort into both transportation and housing," said municipal CAO Mike Furey at last week's council meeting, before going on to highlight the recent Whistler Housing Authority projects that are either already completed, such as 1310 Cloudburst Drive in Cheakamus (27 units); 8350 Bear Paw Trail (25 units); 1020 Legacy Way (25 units); or are soon to get underway, such as 1330 Cloudburst Drive (40 to 45 units); as well as the second phase of development planned for Cheakamus Crossing.

As for transportation, Crompton pointed to work already underway on several fronts, including the regional transit agreement that the mayor said an announcement on is expected shortly.

"Whistlerites want to see improvements in access to transit and transportation infrastructure and the Transportation Advisory Group is engaged on that," he noted.

The RMOW has also introduced various initiatives to get drivers out of their cars, such as offering free transit on summer weekends, reintroducing pay parking to Day Lots 4 and 5 for the summer, as well as the "Maytober Challenge," which encourages residents to switch out one vehicle trip per week until October for a lower-carbon transportation method.

The RMOW is also looking for feedback on its 2019 Corporate Plan, the municipality's key strategic planning document, which can be viewed in draft form at whistler.ca/municipal-government/strategies-and-plans/corporate-plan. The public can send submissions or questions until 4:30 p.m. on June 25 by sending an email addressed to mayor and council to corporate@whistler.ca.

The community will also be able to provide feedback in person at the June 25 council meeting, scheduled for 5:30 p.m. at the Maury Young Arts Centre.

Also at last week's council meeting, Whistler officials voted in favour of adding an auxiliary residential unit above an already approved utility building intended to be used for staff at 1200 Alpha Lake Road in Function Junction.

The utility building was already partially constructed when the developer realized that the current zoning would permit residential units.

Davie Rae, owner of the building that houses Olives Community Market, BDO Canada and Burnt Stew, among other businesses, said a handful of businesses have inquired about staff housing.

"It's basically just to have a rental unit there, and with people out, there would be more security in the area," Rae said, adding that there have been security concerns with cars parked overnight in the nearby lot. "Part of the problem is the (businesses) have had trouble getting staff (due to a lack of accommodation)."

The 75-square-metre unit will include three single bedrooms, a common bathroom and outside deck area, along with a kitchen/living space and workspace.

The relatively tight quarters and lack of ample storage space prompted Coun. John Grills to question the liveability of the space.

"I think they could do a better job of utilizing the space. One washroom, one long hallway there, there's no real mudroom area," he said. "You get three people living in there; it's a bit of a challenging space."

Grills suggested having the developer work with staff to refine the interior design, before he was told by planning director Mike Kirkegaard that "a design panel and the development permit guidelines ... generally don't venture into the layout of interior spaces." Kirkegaard added that staff had spoken to the applicant architect about how to best optimize the space, and that the developer was committed to three separate rooms.

"You could have one person who lives there, and they could have their friends up," Rae noted. "Or if the demand is there for employees ... and they need two or three spaces, we could accommodate."

"I hope that it sends a message to people to do stuff like this," he said. "I think this is what we all campaigned on."