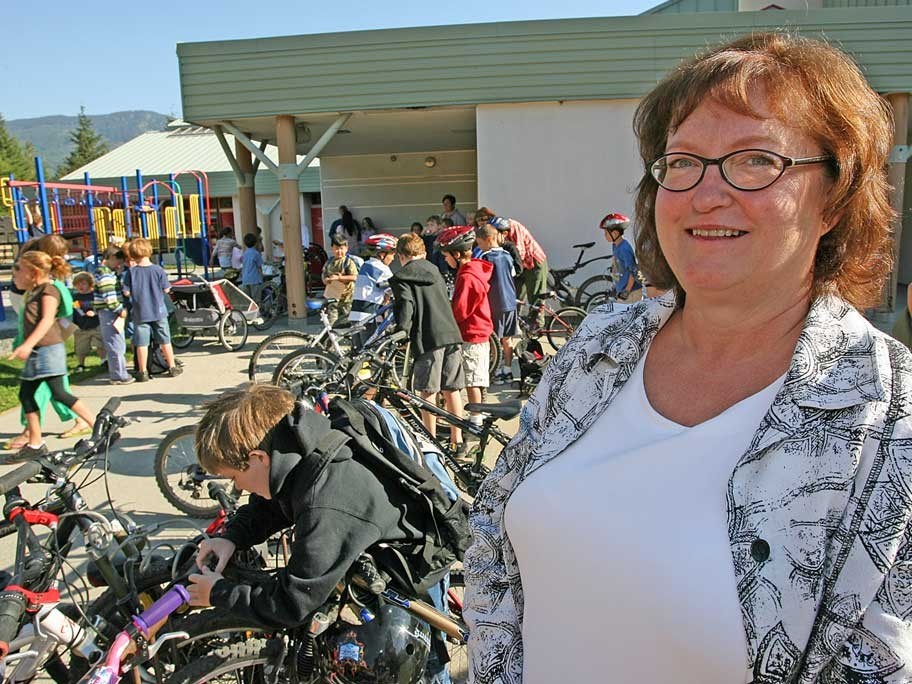 Myrtle Philip principal Sharon Broatch wishes she had a translator to help communicate with new students from the Philippines.

The number of people from around world coming to the Sea to Sky Corridor with limited knowledge of the English language is on the rise.

The region's superintendent of schools says the total number of ESL students in the district is up by one per cent to 10 per cent compared to last year. Lisa McCullough confirmed that 431 students in the district are considered English Language Learners (ELL), a term brought in to replace the phrase English as a Second Language (ESL). According to McCullough, the name change better reflects students who come into the school system with some English language issues. She said some arrive with knowledge of a number of languages or speak an English dialect.

"It is always great to have diversity in our schools," said McCullough. "The mutual sharing of culture, language and life experiences are such a benefit to any learning environment."

She said many arrive with what she called significant English learning.

"English language learners may struggle for their first while in school, they are remarkably versatile, much like any learner in any immersion program," said McCullough.

"We do have to spend time as a staff developing transition and educational plans for each individual student," the Superintendent said. "We also provide support through the classroom teacher, and with some additional specialized teacher support in some cases."

She added that the schools are supported by community groups like Parents as Literacy Support (PALS) in Whistler and the Common Ground Welcome Centre in Squamish. The Welcome Centre offers support services for immigrants provided by new immigrants who have been here long enough to help those just arriving. The Welcome Centre was recently granted $40,000 to support its initiatives.

According to McCullough, the Welcome Centre helps the new students and their families understand basic things like how to dress for a Sea to Sky winter and what students are required to bring to school. Some of the students from abroad have left schools with food programs so they need to be informed of the their new reality.

The Welcome Centre is based in Squamish, but a similar centre is being set up in Whistler to offer the same services in the resort.

Sharon Broatch, the principal at Myrtle Philip Community School, said students arriving from around the world are welcome at her school.

One of the biggest challenges Broatch faces is the way the funding is allocated for students with any kinds of special needs.

"The students are counted once a year on Sept. 30," said Broatch. "Any students that arrives after Sept. 30 are not funded for that year."

Principals are forced to reallocate the funding in their schools to make sure the new needs of the new students are met. Students with special needs like language support are worth an additional $1,065 in provincial funding above the basic per student funding amount provided by the Education Ministry.

"There's a difficulty with translation," said Broatch. "I would love to be able to find someone who spoke Tagalog that I could have come into the school and help."

Many of the new students in Broatch's school are from the Philippines. Myrtle Philip also has new students from Mexico, Korea, Japan, Indonesia and Australia.

Pemberton and Squamish have seen increases in students lacking English skills, as well. McCullough said the 154 students in Pemberton last year has grown to 170 this year while Squamish currently has 198 language-challenged students compared to 161 last year.

• Meanwhile, the BC Teacher's Federation brought a reduced package of proposals to the bargaining table in its dispute with the province this week, but it has been rejected. The new proposal seeks a three-year agreement with a salary increase tied to a cost-of-living allowance (15 per cent over three years), improvements to benefits, which have not changed in 18 years, and more preparation time.