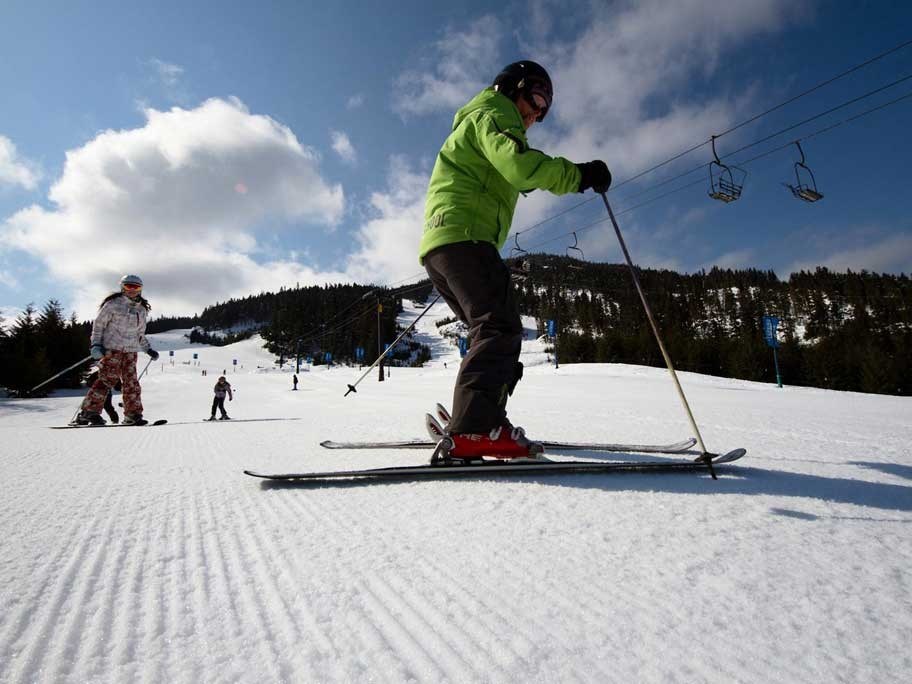 Dr. Delia Roberts is on a mission to improve the health and fitness of those who work outside at ski areas.

She studies what people eat along with their exercise habits and then she measures how they perform at work. With that information she can make recommendations on how workers can adjust their diet and exercise to improve their performance at work, to reduce injury rates and bring down absenteeism.

The idea is already a proven winner. In a previous study by Roberts for the tree planting industry she discovered that workers who did some pre-season exercising suffered 40 per cent fewer injuries and illness compared to planters who didn't exercise in advance of the season. Those who did the pre-season fitness program and then followed a diet Roberts created were able to plant 13 per cent more trees than other tree planters.

"It is a real win-win solution," she said, adding that the information was shared with Canadian Mountain Holidays, Alpine Helicopter, Weyerhaeuser and the Calgary Health Region.

Roberts started the research after spending some time teaching at Selkirk College where many of her students were tree planters. She linked her past work conditioning Olympic athletes and concluded she could do something to reduce injury rates by working with the industry to improve worker fitness levels and diets.

"My background was in high performance sport," said Roberts. "I worked for 15 years with Canadian Olympic athletes."

Roberts describes herself as an "evil scientist" out to conquer the world. Though her type of evil could be called angelic by employers as it increases workplace productivity, and reduces suffering, while improving the corporate bottom line.

The first thing Roberts did for her latest study on outside ski resort workers was study the diets and fitness levels of ski instructors, patrollers and lift attendants.

So far her early base-line data on resort worker diets and fitness levels suggests that her subjects weren't as fit a she expected they would be.

Roberts discovered through her research that the work output in mountain resorts over the course of a workday could be relatively low, especially for ski instructors teaching people new to skiing and snowboarding.

She also noted that lift attendants spend long periods of time doing low-impact work and instructors who teach beginners tend to spend large portions of their lessons waiting for the slowest students.

She also consulted with Whistler Blackcomb to get some employee demographic information she required for the study.

"I'm hoping that next year when the program is up and running I will get a chance to get out there," Roberts said during a telephone conversation from her home office in Castlegar.

She started the study last year and has recently completed a 200-page document containing information on diet, how to cook and how food consumption relates to performance.

The manual is a parent document that goes with training materials she has written. The materials include a list of the top 10 tips she created for resort employees.

"I see myself as a translator," said Roberts.

"As an emerging field it is huge, this workplace wellness stuff."

Return on investment for employers, according to Roberts, is excellent in the first year.

For example she recently worked with helicopter pilots to show them how sugary snacks can impact their work — they reduce reaction time.

"It is very powerful when I have a helicopter pilot and I can show him how much faster his hand reaction is (if he avoids high-sugar food)," she said

In the heli-skiing industry a helicopter pilot's hand reaction time can mean the difference between a safe landing or a life-threatening crash.

Word of the work Roberts has done has made it to other work sectors. Her website on tree planting gets 17,000 hits a year. Firefighters and others have gone to the site looking for good information on reducing workplace injuries.

Those who use the exercises and dietary suggestions produced by Roberts have been coined Occupational Athletes by Roberts.

In creating her "occupational athletes" Roberts isn't preachy, as she knows first hand the suffering that comes with injury.

She has suffered ACL injuries in both her legs from recreational ski jumping and heli-skiing in her leisure time.