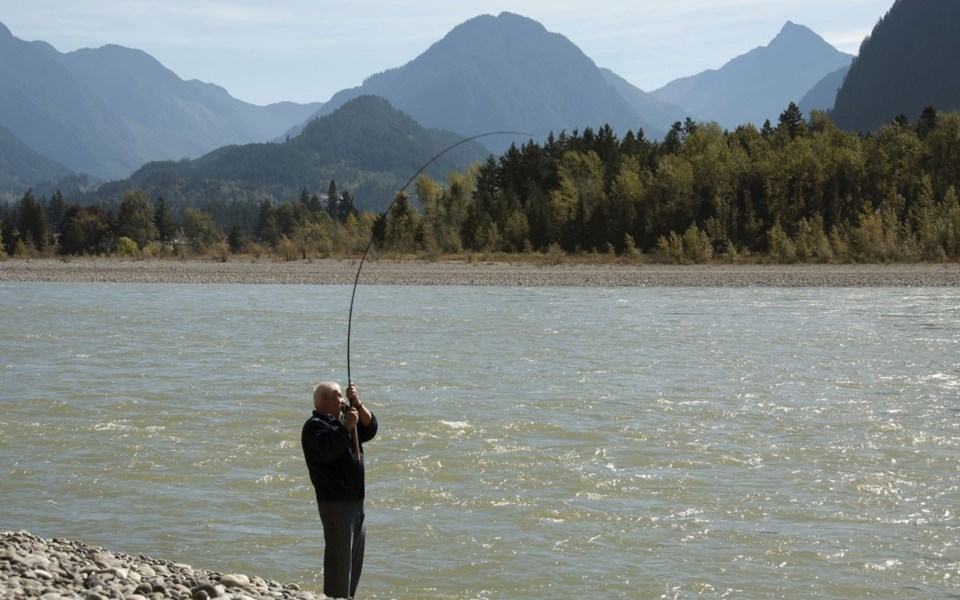 low returns Sea to Sky fishing guides may differ on the scope and root causes of the problem, but they do agree on one thing: 2019 was mostly a bad year for Pacific salmon. <a href="http://www.shutterstock.com">www.shutterstock.com</a>

Fishing guides from around the Sea to Sky may differ on the exact scope and root causes of the problem, but they do agree on one thing: 2019 was mostly a bad year for Pacific salmon.

Jon Moon of Art of Angling Fishing Guides said he was motivated to sound the alarm after a particularly dire season.

"As a fishing guide here, I've seen a massive decline in the last 20 years," he said. "And it's not just me saying this, it's fishermen that I run into on the rivers, other guides in town, and I would really like to have this brought to the forefront. I feel like it should have been the largest election issue for voters in the Sea to Sky corridor. It's the backbone of the health of the Pacific coastline."

Logan Wilkins of Trout Country Fishing Guides concurred, noting "we've seen declines across the board in most species locally." He singled out last year's chum return specifically as "incredibly dismal."

Pemberton Fish Finders' Brad Knowles, whose guiding area spans from Vancouver to Bute Inlet, and as far inland as the Fraser, said that while the Coho and Chinook numbers were "looking OK," this year's sockeye run to the Birkenhead River was concerning. "I think there were only maybe 8,000 fish, which is a very, very low return," he said.

This summer, federal fisheries experts painted a troubling picture of the challenges facing Pacific salmon, and pointed to climate change as the main contributor.

A report put out by Fisheries and Oceans Canada (DFO) this summer said air and water temperatures in B.C. and Yukon continue to rise, while changing precipitation patterns are altering freshwater habitats. These effects have only been compounded by landscape-altering human activity as well, the report stated. "There is no question that climate change is having a significant impact on our salmon," said fisheries minister Jonathan Wilkinson at an August news conference in Vancouver. "Not only do these declines have direct impacts on our ecosystems and the health of our environment, but they have serious impacts on the health of our economy."

Sockeye numbers in particular were not promising, with the DFO adjusting the species' expected return to the Fraser River to more than 600,000, down from an earlier projection of nearly 5 million.

Twelve out of 13 Fraser River Chinook populations were also recommended for protection under the Species at Risk Act, and a rockslide along the same river blocked the migration route of millions of salmon and prompted criticism of the provincial government's response.

Last month, the Tsilhqot'in Nation in Williams Lake put out a statement concerning the "escalating crisis" along the Fraser, and warned that, if the DFO does not carry out the work needed during the low-water winter season, including drilling and blasting runs, the effects on the 2020 salmon run could be disastrous.

Just this week, Ottawa responded in turn by awarding a $17.6-million contract to Peter Kiewit Sons ULC for work on the landslide near Big Bar. Fisheries minister Bernadette Jordan said in a statement that she intends to visit the site and will make an announcement on the next steps to protect the long-term sustainability of key Pacific salmon runs that experts have warned could face extinction as a result of the slide.

Among the fishing guides

Pique spoke with, there was little consensus on the major factors contributing to the decline in certain species, with everything from habitat destruction, commercial overfishing, the spread of disease in Chinook through open-net farming, over-predation and BC Hydro's ramping rates killing fish fry listed as possible factors.

"The reality is that's kind of why things are the way they are today. No one really knows why, and everyone is jumping at conclusions but nothing is science-based. When DFO has been making their decisions, it just kind of seems like they are jumping at whims," said Knowles.

"A lot of people grasp at different things: commercial fishing, Atlantic salmon, nets in the Pacific. But the reality is that I don't think there's really been enough done in rehabilitation and conservation efforts."