Search and rescue workers grapple with 'taxing' increase in calls 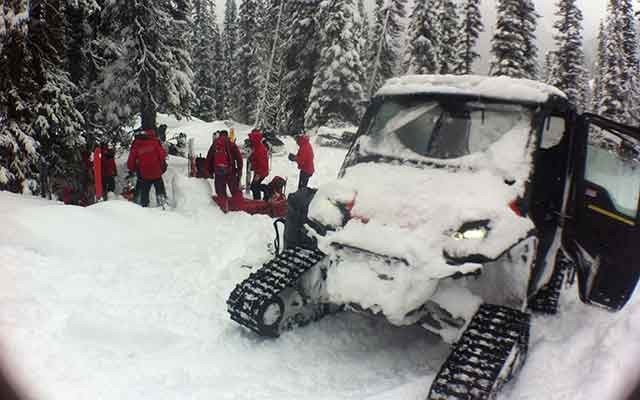 B.C.'s backcountry is more popular than ever.

And the popularity has led to a dramatic rise in the number of rescues, putting added strain on the province's search and rescue teams.

"There's just a lot more people visiting the backcountry than there ever has been," said Brad Sills, manager of Whistler Search and Rescue.

And many of them are simply unprepared to be there.

"There's a decrease in the willingness to adequately prepare... There are people entering that are completely ill-prepared to do so," he said.

Chris Mushumanski, a public information manager with the BC Search and Rescue Association (BCSARA), said it's an alarming trend.

"We've seen a concerning growth in the number of rescue call outs across B.C., and I think it's something that's an area of attention for both the public and the SAR community," he explained.

The last two years have seen especially big jumps, he added. According to the stats, the number of calls rose by around 200 a year.

So what's behind the increase?

A couple explanations are "reasonable to consider," said Mushumanski.

One is the so-called Instagram effect: "B.C. has done a really great job of marketing itself as an outdoor destination. You've probably seen the wonderful pictures of people bagging that peak, or standing at that view lookout across the mountains or oceans or rivers," he said.

But what those photos don't communicate is the planning and forethought that goes into backcountry trips, he added.

Mushumanski also cited population rise and the elevated profile of search and rescue groups in the media as contributing to the increase, though he said the number of incidents "far outpaces" population increases.

One of the largest promoters of the province's outdoors is Destination BC, a marketing organization aimed at attracting tourists to B.C.

Destination BC has a slick social media campaign, and its hashtag — #explorebc — has been widely embraced, affixed to shots of crystal clear lakes and stunning mountains.

Mushumanski said the organization has also made efforts to get out the "prevention message" as well."I'd put them in the category of part of the solution,'" he said, when asked about the influence of the organization.

Another driver of the increased number of calls is the province's aging population.

Coquitlam Search and Rescue recently reported a 38-per-cent increase in calls for help over last year — with around a fifth of the total calls being dementia-related.

"It makes sense given how many elderly people live here. B.C. is a very popular retirement destination. It makes sense that that sector of call volumes would see an increase as well," said Mushumanski.

The increased number of rescues is putting stress on search and rescue teams across the province.

The province's 2,500 search and rescue workers are volunteers who give up their own time to respond to calls and train.

"When any group sees an increase like that, it is a taxing element for their members to juggle all their responsibilities and pressures," said Mushumanski.

Moreover, Mushumanski said that there has been an increase in distressing incidents, like serious injuries and suicides. This, coupled with the stressful media attention that accompanies high-profile searches, can lead to mental health issues.

Like the number of incidents, the number of cases has risen over the years. Last year they had over 50 deployments, which is up from 30 four years ago. "We are seeing a substantial increase in that program as well," he said.

There is also a financial burden from the increased amount of calls. While the costs of rescue operations are covered by the province, SAR teams are responsible for the cost of their training, as well as protective and rescue equipment.

Though there is a pool of money available, it is limited and teams are forced to fundraise to cover expenses. "Many groups also fundraise and put in hundreds — if not thousands — of hours into fundraising efforts to pay for the training and equipment," said Mushumanski.

BCSARA is currently applying for funding that would result in "a predictable, stable amount coming in annually."

"That would alleviate a lot of the stressors," said Mushumanski.

Both Sills and Mushumanski encourage the public to check out www.adventuresmartbc.ca, the educational arm of the BC Search and Rescue Association.

With a wide-range of resources — from checklists to links to other relevant websites — the site serves as a one-stop shop for outdoor enthusiasts looking to increase safety in the backcountry.