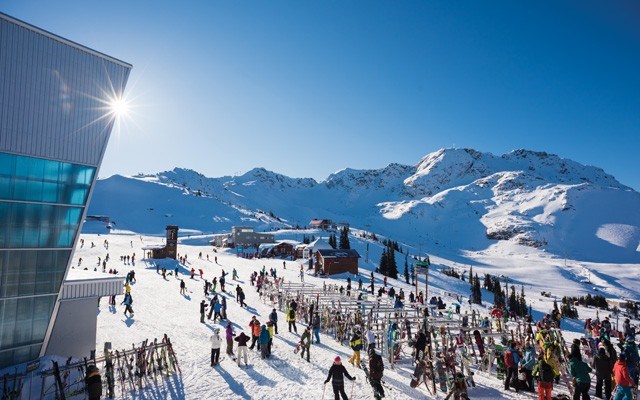 The news came as Whistler Blackcomb (WB) announced its record-breaking second-quarter results earlier this month. Season passes will increase about three per cent, and frequency cards, such as the Edge card, will increase about five per cent, said Dave Brownlie, WB president and CEO, during a conference call.

"I just want to point out that we held the price last year," Brownlie said of the rates for the previous 2015-16 season.

Whistler Blackcomb had a record second quarter and year-to-date results to March 31, 2016 with a 26-per-cent increase in total revenue to $241.8 million.

"One of the fortunate things is we have a pretty diverse international marketplace... and with the current exchange rate the U.S. was a big part," said Brownlie.

Currency opportunities are crucial, he added.

"When somebody in another part of the world is looking at North America, certainly Canada becomes much more attractive than the U.S. It has been positive. And from a Canadian perspective — maybe it's time to stay and vacation in Canada," said Brownlie.

The U.S. and the U.K. continue to be strong markets, while Australia has been at a peak with more of an economic challenge. But a developing market is Mexico.

"Mexico was up almost double and we see that as a big opportunity going forward with the federal government — they've promised to eliminate travel visas," said Brownlie. "We've got more direct flights from Mexico City. That's a great opportunity for us. And some strong results out of Brazil — all in all, really quite positive."

Brownlie added that it's rewarding to reap the rewards after working diligently to diversify markets.

"Overall this winter, we were pretty much firing on all cylinders. It was very positive," he said.

Explaining the debt reduction, Brownlie said Whistler Blackcomb has a $300-million debt facility that operates like a line of credit.

"In the winter time when we have lots of cash coming in we're able to pay down our debt," he said. "And then when we use that in the summertime, it's not quite as strong as winter and we're spending all our money on new projects, then we'll draw from it. There's no question from the year that we've had we're in a much stronger position, from a debt side."

"It's an interesting community," said Brownlie. "When I came here there were just over 2,000 people living and working here, and now there's over 10,000 and we're all here because we love to be here and we are a business — all working together to be able to enjoy working and living here."