September satisfies with UBCM and other major events 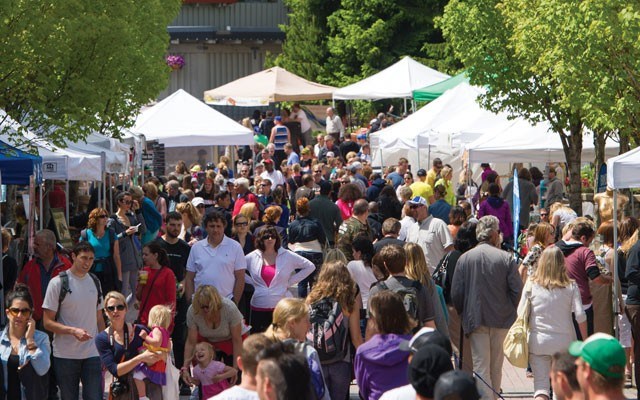 After the success of the Union of British Columbia Municipalities (UBCM) Convention last week, and the spinoff business in the resort, Whistler has its eye to enticing the conference back in the years to come.

Council has approved a move to bid on the UBCM convention in 2016, 2018 and 2020. It's all part of efforts from resort partners to extend the summer season into the shoulder season and keep business booming in the traditionally slower months.

"Certainly that was in the back of my mind throughout the course of the week, hoping that it went well so it would set us up for successful bids in the future," said Mayor Nancy Wilhelm-Morden.

"This is what Whistler does, these large conferences. We're so nicely set up for it."

Judging from the feedback she received, politicians and staff from across the province were keen to be in Whistler Sept. 22-26 and the mayor had a lot of comments on the resort's friendly staff.

"It seemed to me that the provincial ministers, the seniors bureaucrats and the MLAs seemed much more accessible at this conference than they have been at others," added the mayor.

"I don't know if it's because they're in Whistler, so they're not distracted by the day-to-day concerns of their various ministries, or if it's because of the nature of Whistler being a resort they were just more involved in the conference. I don't know what to attribute it to."

The UBCM conference topped off a busy month in the resort with back-to-back events.

That was Tourism Whistler's plan from the outset.

"We focused on trying to grow those shoulder seasons," said Louise Walker, vice president of marketing and strategic planning, of the efforts this summer.

"So, definitely expecting some growth in September."

And there's every indication September could look a whole lot busier in the years to come.

Recently Tough Mudder organizers confirmed they are looking to Whistler for a new event — Mudderella.

"The RMI (Resort Municipality Initiative) funding and strong relationships in the community are the primary driver in our consideration of bringing a new event format, Mudderella, to the village in September 2015," said Tough Mudder communications spokesman Ben Johnson in an email.

Last month organizers of the World of Music, Arts and Dance (WOMAD) confirmed they are in detailed talks for their event in mid-September 2015, which would bring up to 250 international performers from around the world for a three-day function.

"We have chosen where we want to go, we have sorted out what the funding implications are and put projections together for the next three years," Tom Corbeth, head of WOMAD Canada, told Pique recently.

These future events will be nestled around now-established September festivals — the first weekend's GranFondo road race, heading into its sixth year in 2015, and the Whistler Village Beer Festival, which saw 3,600 people packed into Whistler Olympic Plaza Sept.13 for its second annual event.

And where once the municipality looked at developing its own unique Whistler fall festival for the September need period, other events have now stepped in to fill the gaps. That made-in-Whistler festival is now off the table for the time being.

"The FE&A program did a large workshop in January 2013 to discuss ideas for a fall festival and one of the results of the workshop was the identification of three need periods, including late September, May and early December," said Michele Comeau, communications manager with the Resort Municipality of Whistler. "The priority out of that became the May time period, and GO Fest has since been developed. There has since been the creation of the beer festival, as well as a fair amount of interest from third parties potentially bringing new event programming in September."

While the issues at UBCM ranged from LNG to BC Ferries and the more mundane in between, local mayors were pleased to see concerns over ambulances grab attention at the convention.

Several resolutions from communities across the province highlighted concerns over wait times and the impacts these delays are having on the fire rescue service.

Squamish had its own resolution on the issue that was supported.

"There was nobody that disagreed with us, surprise, surprise," said Mayor Rob Kirkham. "So ours was passed and adopted so therefore UBCM will take that and run with it as far as going to the province to support us on that, which is really what we were after.

"This is one that pretty well everybody is concerned about."

"Everybody seems to be in consensus that it's an issue that needs some work."