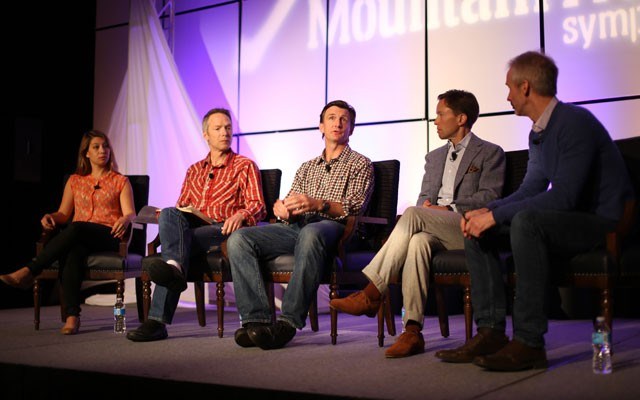 As the world around us gets more connected by the minute, entrepreneurs are looking to make money in all kinds of new and exciting ways.

"Everything under the sun, or at least everything under our roofs, is now available for procurement or for rent," said Douglas Quinby, vice president of research for Phocuswright, at last week's Mountain Travel Symposium.

"Welcome to the sharing economy, (where) there's a lot less ownership, supposedly, and a lot more sharing and collaboration."

One of the industries that has been most touched by the sharing economy has been travel, Quinby said.

"There's a whole range of new ideas and opportunities and experiences possible for travellers across the entire trip," he said, citing shared accommodation and local guided tours as examples.

The overall shift has been driven by young people with a desire to share authentic experiences, he said.

"The millennial crowd in general loves to share... they really want to meet new people and share their experiences," Quinby said.

"They are really craving something very different, very authentic."

The new avenues of income could go either way, depending on how municipalities react, Bellm said.

"There are resorts and municipalities and mountain areas thinking of taking this to an extreme, trying to crack down, if they could, and outlaw all unlicensed independent service providers," he said.

"(But) take it to the opposite side. What if a destination were to get really creative about supporting and sponsoring this kind of stuff, but also requiring, if nothing else, registration and tax compliance?"

As some destinations work to drive them underground, embracing independent service providers could provide a competitive advantage, Bellm said.

But by doing so, would you risk threatening your existing lines of business?

Blachford used the example of the recording industry to address the question.

"They used to make money selling records, now they make money going on tour with their show. It's a completely different world all of a sudden," he said.

"There's no reason to think that the ski industry is going to make money exactly the same way that they have for the last 50 years for the next 50 years."

One benefit that can't be overlooked is the authenticity and culture of the communities themselves, which is becoming increasingly attractive for travellers, Wong said.

"That's not typically created by the industry. The industry is capitalizing on that," she said. "That's created by the individuals that are there, and have been there for a long time, and give the place its character. That's what makes a destination sticky and brands it, ultimately."

Empowering the locals and the independent service providers will go a long way to maintaining authenticity and attracting visitors, Wong said, noting that at the end of your trip, it's usually the people you meet who leave the longest-lasting impression.

"These are the things that are sticky, and they make destinations sticky," she said.