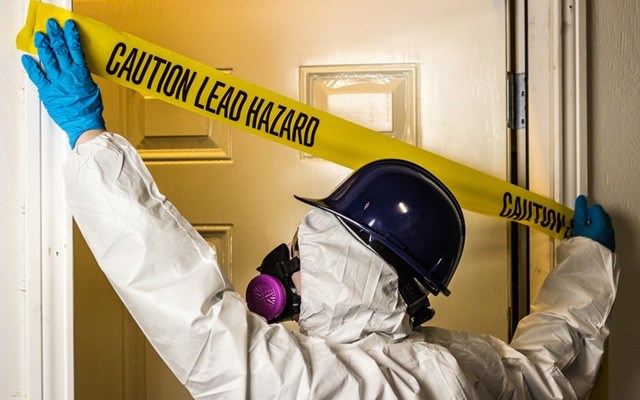 A recent survey of more than 800 British Columbians showed "significant gaps" in knowledge of asbestos and the regulations surrounding it.

Research carried out by WorkSafeBC found that while there is "some public awareness" of what asbestos is, there is also a clear lack of knowledge of the dangerous mineral that could put people at risk.

Only 51 per cent of those surveyed were aware that homeowners are responsible for ensuring asbestos testing takes place before any renovation work in houses more than 26 years old. Thirty-six per cent of respondents who have renovated a home built before 1990 in the past five years could recall testing for asbestos prior to renovations.

Following the survey, WorkSafeBC is launching a multimedia public awareness campaign that will run until early 2017.

"This campaign is unique because now we're focusing on the homeowner," said Al Johnson, VP of prevention field services for WorkSafeBC.

Because of tightened regulations over the past 30 years, Johnson said it's rare for workers these days to be exposed to asbestos at industrial sites. But residential homes are a different story.

"Today, it's when a house is being demolished that the materials that contain asbestos when they're disturbed can release those fibres into the air and workers, and possibly homeowners and family members, can breathe those fibres in, which could lead to disease in the future," Johnson said.

Part of the problem locally, explained contractor Steve St. Arnaud, owner of Asbestos Free Whistler, is that homeowners are either unaware or unconcerned of the requirements for asbestos testing in a booming real estate market.

"It's the frantic factor. Everybody's frantic," he said. "Nobody can find a contractor and nobody has time to follow the status quo and get stuff tested. Most people are still putting their head in the sand; they don't want to know about asbestos. It's a selective mentality."

In June, Pique reported on the concerns of a local electrician who claimed that some homeowners were simply refusing to pay for the required asbestos testing.

"It's hard for me as an electrical contractor to compete with somebody who doesn't care about the health and safety of their employees and doesn't ask for the testing to be done," said Peak Electric's Lon Miller at the time.

With tight construction schedules and a demanding clientele, Whistler's housing market is ripe for contractors willing to look the other way, St. Arnaud said.

"(Some contractors) can't be bothered (to test for asbestos) because it messes up their schedule," he said. "We have... contractors in Whistler who have made a career in saying, 'I don't get permits,' and those kinds of people know how to bury things and hide it and get around (regulations)."

St. Arnaud said the municipality is now tightening the clamps on asbestos testing.

"I know the inspectors, they're pretty proactive and they're always keeping their eyes out on the sidelines, but they weren't even making people get their asbestos tested until I had a big meeting with (the building department) this spring."

In response, the municipality provided the following statement: "The RMOW requires a Hazardous Materials Report form to be submitted on all demolition permits and may require it on any other permit at the discretion of staff. As part of the permit process (for all permit applications, not just demolition), plan checkers review all files associated with the property to understand when the house was built, and if it is 1990 or older, they determine if the scope of work necessitates a Hazardous Materials Report form."