A simple message from Whistler’s medical director: ‘Be kind and wear a f---ing mask!’ 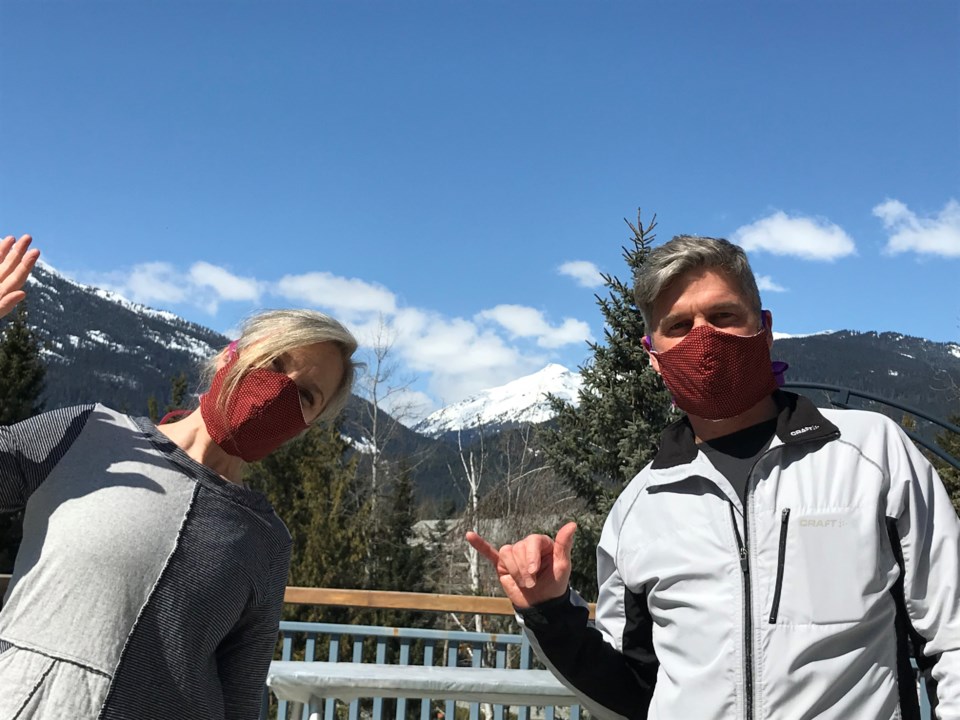 Dr. Bruce Mohr has a simple yet effective message for both Whistlerites and visitors to the community: “Be kind and wear a f---ing mask!”

That’s the directive from the Whistler Health Care Centre’s (WHCC) medical director after seeing crowds grow and the attitude around COVID-19 seem to relax in recent weeks as B.C. moves further into Phase 3 of its recovery plan.

“[People are] flooding the trails, the parks, they’re not distancing, they’re not wearing masks, so we are seeing an increase in cases,” noted Mohr, who said the Sea to Sky had its first confirmed case of COVID-19 since mid-May this past weekend. It would be the 19th lab-confirmed case in the corridor since the pandemic began.

“It looks like there are lots of people around and people are looking much more relaxed about everything, maybe to the point of not thinking this is a problem anymore or an issue we need to be vigilant about,” said Dr. Karin Kausky of the Whistler Medical Clinic. “I think the message is it’s still around. We still don’t have a vaccine or an effective therapeutic intervention, and as people move around more and recreate more, we need to stay vigilant around social distancing, mask-wearing and the proper behaviour.”

And while B.C.’s top medical officials have stopped short of instituting a province-wide mandate to wear masks in public—a directive that is unlikely to come down due to a relatively small number of people’s inability to wear a mask for medical reasons—Kausky strongly encouraged Whistlerites to “normalize wearing a mask in indoor spaces where it’s very difficult or impossible” to maintain physical distance.

“While risk is effectively low, it’s a really good time to get your systems in place and improve your patterns of behaviour because we can make some mistakes right now, and likely that’s OK,” she added. “The more you practise behaviours that are useful, like wearing a mask, washing your hands, having sanitizer around, and are really mindful of them, I think we’ll be even better prepared should there be more influenza-like illnesses around [in the fall and winter].”

Daily cases of the coronavirus have been on the rise in B.C. recently, with 62 new cases over the weekend and a number of potential community exposure events, including 13 new cases in Kelowna believed to have stemmed from private Canada Day parties. At press time, the number of total cases for the province had reached 3,128.

“There are more young people who are testing positive, particularly if you look at Kelowna with the big gatherings, and those are things that are starting to happen more because people are feeling safer. We need to be mindful that it is still around,” said Kausky.

Patient volumes for both emergency and primary care are beginning to return to pre-COVID levels, and although the bike park, which reopened June 29 with strict safety measures in place, is a significant contributor to injuries at the WHCC, Mohr said he has seen just as many injuries in the valley as on the mountain.

“There’s been an increase in injuries but the bike park is managing it very well. They’re doing a lot of work in terms of injury mitigation,” he said. “We’re seeing as many injuries from people on the Valley Trail as we are in the bike park. There are a lot of people up here from the Lower Mainland and they’re finding all kinds of ways to injure themselves.”

With the experience of the past four months under their belts, Mohr said the staff at WHCC are better equipped to deal with a potential second wave—but he, of course, would rather see the corridor avoid such a development altogether.

“We don’t have any prior experience with this or a second wave … and I would just say right now we should do everything we can to not have a second wave, to not have to shut down what we’ve just gotten opened up,” he said. “That, to me, is the simple message.”