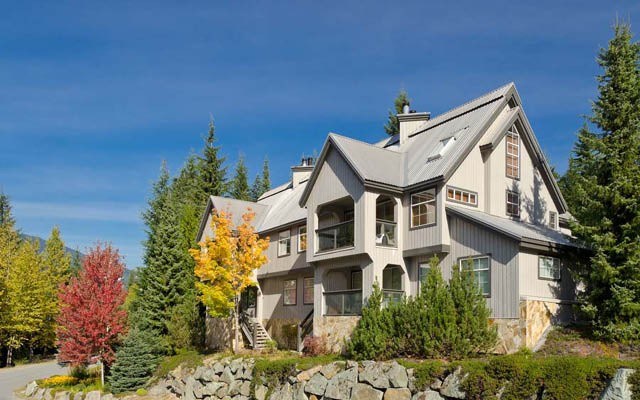 Despite a drop in the average single-family home price in 2013, that sector of the resort's real estate market saw an "eye-opening" jump in sales activity, according to Whistler Real Estate president Pat Kelly.

The number of single-family home transactions rose by an astonishing 50 per cent in 2013, according to a recent Whistler Real Estate Company report that compiled data from the Whistler Listing System, in a year that saw the resort's highest sales activity since the global economic downturn, rising 11 per cent. And while the average sale price of both single-family homes and condominiums fell by nearly 10 per cent and 17 per cent, respectively, Kelly said the trend is more indicative of value-conscious buyers and a small sample size than a struggling market.

Even the condominium market, where the average sale price has plunged in recent years from pre-recession levels, remained largely unchanged in terms of transaction totals from 2012, according to the report, with 415 condo properties changing hands last year.

The average value of a resort townhouse was also consistent with 2012, at $675,000. Meanwhile, the average transaction value for all properties increased by six per cent to $709,359. The latest BC Housing assessment roll has Whistler's residential and commercial inventory valued at $9.73 billion, up nearly $137 million, or 1.4 per cent, from last year.

Overall, buyers in the resort are looking for great value in properties that reflect a family-oriented lifestyle, especially in older subdivisions like Emerald and Alpine, where there was a flurry of activity in 2013, Kelly noted. Over 75 per cent of transactions in 2013 were valued at under $1 million.

"I think buyers really saw opportunity (last year) in some of the lower priced homes that are located around Whistler with the ability to add value for themselves and get something they can't find in the marketplace currently unless it's $2 million (or more)," he said. "The real jump in (activity) for single-family homes was really eye opening, it surprised a lot of people."

With an increase in sales activity and no indication of waning buyer interest in resort properties, Kelly said the resulting reduction in available properties would have "implications going forward for practitioners, property owners and buyers." He said the trend could lead to an escalation in average sale prices or a higher property turnover rate. The trend could also mean more buyers will move toward building their own homes on empty lots, like those currently available at Kadenwood, Cypress Place and at Cheakamus Crossing, Kelly said.

"I would hope it would lead to some new construction in the single-family market," he added.

"You're seeing some strong interest in that."

One market that didn't see strong activity in Whistler last year was the luxury property sector, commonly defined as any property priced over $2 million.

"There was a real lack of products selling between $2 and $5 million," said realtor Maggi Thornhill of Thornhill Real Estate Group, although Kelly noted that consumer interest at higher price points is slowly beginning to pick up again.

Thornhill said 2013 was her second highest in 26 years in the resort in terms of total gross sales, at $138 million, which "definitely determined to me that our market is changing," she said.