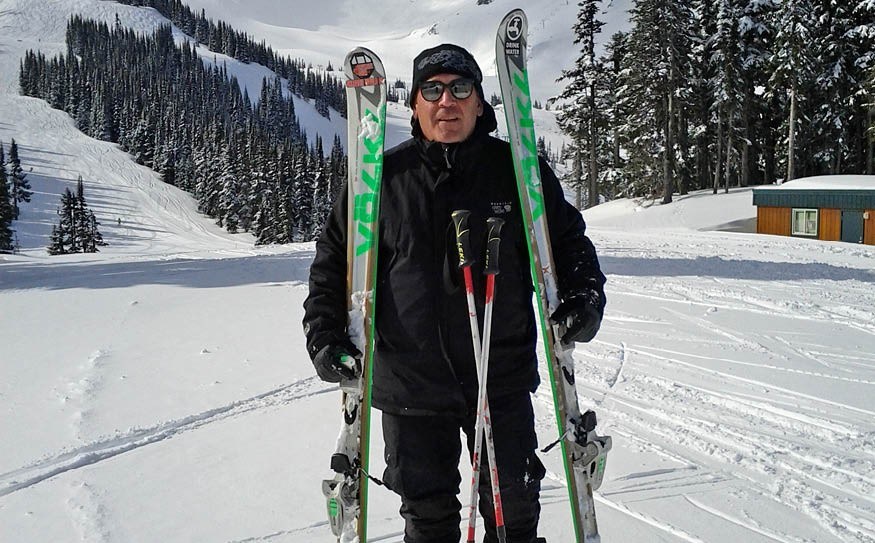 An admitted ski bum who wanted to give back to the community has achieved his goal of skiing every day of the Whistler Mountain season and in the process collected $3,500 for drug and alcohol programs in the community.

Shawn Hughes launched his Ski To Be Free 193 campaign late in April. His goal was to ski every day, raise awareness of substance abuse in Whistler, hit up friends for donations, keep the initiative fun and make a difference for the community.

Inspired by the Peak Brothers, a comic strip from the Whistler newspaper called the Answer, Hughes gathered money from 140 individuals to pull together the $3,500 donation for the drug and alcohol counselling, education and prevention work done by the Whistler Community Services Society (WCSS). Hughes was also motivated by his own past history with substance abuse.

“This is just the right thing to do,” Hughes said days after he launched his fundraising and awareness campaign.

Hughes reported that his donor list includes mountain managers, ski patrol directors, World Cup downhill champions, doctors, current council members, past council members and other residents along with tourists who wanted to donate to his effort.

“The impressive part of this list of supporters is that it consists mainly of friends of three and a half decades,” Hughes wrote in a letter to the editor sharing about the results of his Ski To Be Free campaign with Pique Newsmagazine.

“Substance abuse and alcohol related issues can be a complicated subject in a resort environment,” Hughes wrote.

He has suggested more non-alcohol-related activities are needed for young people in Whistler and he suggests making it easier to access Meadow Park or bringing back the LUNA events as possible ways to deter young people from abusing drugs and alcohol.