Resort to upgrade digital presence with its Live app this season
Oct 17, 2012 9:50 PM By: Alison Taylor 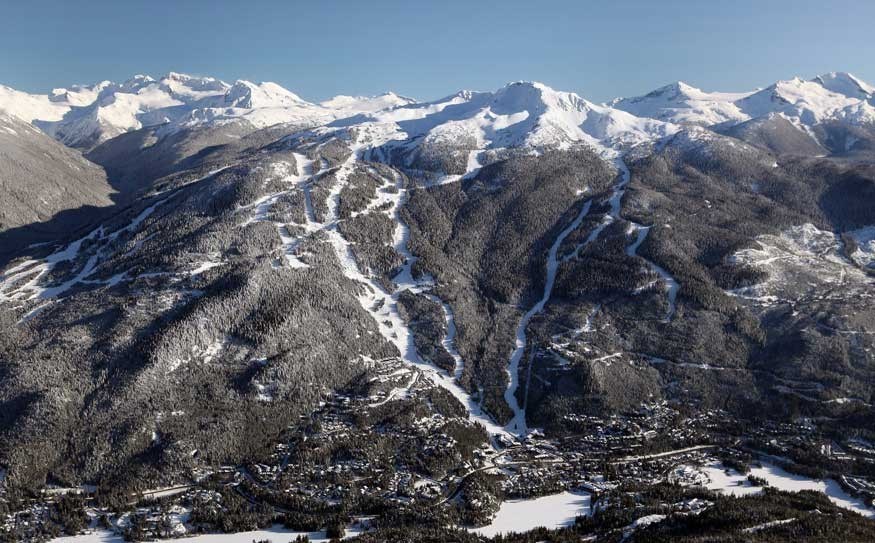 Feeling right at home in the midst of the massive mountains sets Whistler Blackcomb apart from the competition, earning it this year's top resort as voted by

While WB is the biggest resort, it's the small, intimate feel that makes it number one out of 60 other resorts.

"Surprisingly for a place so immense, this Canadian resort's real brilliance lies in its ability to get personal, to offer every skier a day that feels intimate, customized, and perfect for him or her alone," wrote SKI Magazine's Susan Reifer Ryan. "This place has personality and a level of diversity that lets it offer such vivid ski experiences."

The 20,000 SKI readers surveyed confirm what local skiers and riders have known for a long time.

The annual survey is the longest running — 26 years — and most comprehensive of its kind in the winter sports industry and one that WB's top brass does not take lightly.

"It's an incredible honour to be ranked the No. 1 overall mountain resort by the readers of SKI Magazine," said Dave Brownlie, president and chief operating officer at Whistler Blackcomb. "SKI Magazine's ranking comes as very high accolades because they reflect the discerning views of skiers from across North America."

"Whistler has been a hidden gem for a long, long time," he said. "I was skiing there in 1975, and Blackcomb didn't exist back then, but I knew it then and I know it today, so it is a tremendous asset. I think we showed the world what Whistler Blackcomb was made of during the 2010 Olympics in the coverage. It's a deserving award so it's great to see that."

While Whistler Blackcomb has made the top spot before, for the last five years Deer Valley, Utah has claimed the honour. It slips to number two this year, followed by Vail, Colorado, Park City, Utah and Telluride, Colorado. Of the 30 resorts that made the cut in the print and online SKI Magazine edition, Whistler Blackcomb is the only Canadian presence.

In addition to the overall resort ranking, Whistler Blackcomb scored good marks on individual categories too.

It was ranked number one for terrain variety and number two overall in service, lodging, après, off hill activities, and digital presence. It was also in the top five for challenge of terrain, lifts, on-mountain food, dining, scenery, terrain park and overall guest satisfaction.

- with files from Cathryn Atkinson