Lee, a coach with the Dave Murray Camps, suffered a severe stroke while at the Craigleith ski lodge in Ontario
Feb 18, 2011 5:51 AM By: Andrew Mitchell 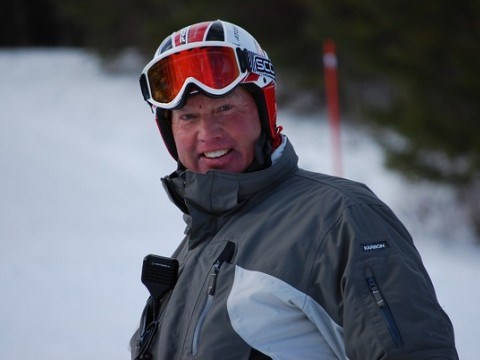 Whistler lost one of its founding ski race fanatics on Monday, with the passing of Greg "Sumo" Lee at age 58.

Lee, a coach with the Dave Murray Camps, suffered a severe stroke while at the Craigleith ski lodge in Ontario on Saturday afternoon, and passed away on Monday at a hospital in Collingwood.

Lee grew up skiing with Steve Podborski and other ski visionaries at the Don Valley Ski Club Toronto and served a stint doing marketing for Alpine Canada. As well, he had a long career as a coach at all levels of the sport, and made an impression everywhere he went - no doubt aided by his bigger-than-life persona and his Elvis-inspired pink Cadillac. He's also listed as the ski coordinator for the movie Ski School, if that gives you any idea of what he was about.

His connection to Whistler goes back to the 1960s where he coached the Toni Sailer Summer Ski Camp, alongside Nancy Greene Raine, recognized as Canada's Athlete of the Century, and Toni Sailer himself - an Austrian skier recognized as one of the greatest skiers in history with 170 wins in major ski races and three Olympic gold medals before he retired from racing at the age of 23.

His partner Heidi sent out this message to Lee's friends and family:

"Dear Friends of Greg "Sumo" Lee. It is with great sadness that I tell you Greg is no longer with us. The outpouring of kindness from everyone has been so amazing. He would be so touched. On Saturday afternoon, while sitting on the deck and admiring the sunshine on the ski hill, Greg suffered a severe stroke. He was unable to survive the damage it caused, and passed away on Monday afternoon.

"We have all been blessed by sharing time with him and his generous, energetic spirit and love for life. His energy was infectious. There could be no better tribute to this amazing human being than a celebration of his life. Once arrangements have been made, the information will be forwarded to all of you. Thank you so much for your kind thoughts, words and prayers during this very difficult few days. He will be missed by all of us."