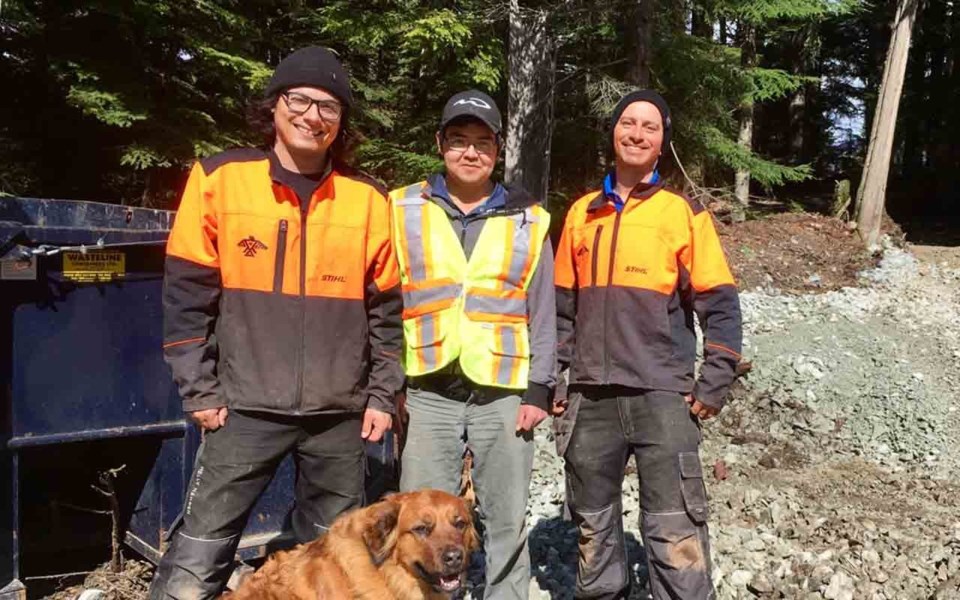 The Squamish Lil'wat Cultural Centre (SLCC) has begun work on an outdoor classroom and interpretive trail that will be located behind the museum.

"It's going to allow us to welcome the world on a new level," said Brady Smith, executive director of the SLCC. "The outdoor storytelling will ensure that people are aware of our unceded traditional territory."

The new trail will come out on Blackcomb Way, across from the upper village hotel, Le Chamois. It will boast six interpretive plaques, which will be used to share the story of Spo7ez with the public.

According to a history on the SLCC's website, Spo7ez was a village shared by both Lil'wat and Squamish peoples that once stood at the confluence of Rubble Creek and the Cheakamus River at Function Junction in Whistler.

For years members of both nations lived peacefully, engaging in trade and commerce. But according to a traditional story, over time the villagers began to disrespect one another and the Thunderbird decided to take action.

"He flapped his wings causing a volcano to erupt and a massive rockslide that buried the ancient village of Spo7ez under a hundred meters of rock debris," the history reads.

"Hundreds were killed instantly as (a) massive rockslide swept down the mountainside to the ocean. The survivors were sent home with a message, that we're friends, family and neighbors and we need to work together."

Still told today, the story is seen as evidence of the longstanding relationship between the Lil'wat and Squamish and as a reminder of the importance of cooperation and peaceful coexistence.

Having an outdoor classroom will bring the SLCC in line with other leading museums, added Smith.

"This is a direction many cultural institutes are taking because we realize that the outdoors is just as important—or more so—than the indoor experience. We really want to be outdoors and indoors," said Smith.

To get the project off the ground, the SLCC hired Blackbird Horticulture Services, a landscaping business owned and operated by Court Larabee, who is Anishinaabe and grew up in Thunder Bay, Ont.

Larabee is vice-president and coordinator for the Sea to Sky chapter of the First Nations Snowboard Team, an organization dedicated to empowering Indigenous youth through snowboarding.

For Larabee—whose company is just three years old—landing the contract is "huge."

"It will showcase what we can do," he said.

Larabee will carry out the work with a team of four, and members of the SLCC's Youth Ambassador Program will pitch in.

The Ambassador Program is a 12-week paid training program that gives youth the opportunity to work at the museum in various capacities, gaining work experience and skills.

"I'm trying to get as many people's hands on this process as possible, so that all the Nations can be proud of it, because they had members help out," explained Larabee, adding that the project will be completed in early summer.

For Larabee, the opportunity to share the story of Spo7ez with the wider public is the thrill of a lifetime. "There is so much in this beautiful story and much mystery around this Village. It feels really good to share it and put it on the map," he said.