Sledders in Whistler area warned to register with ICBC 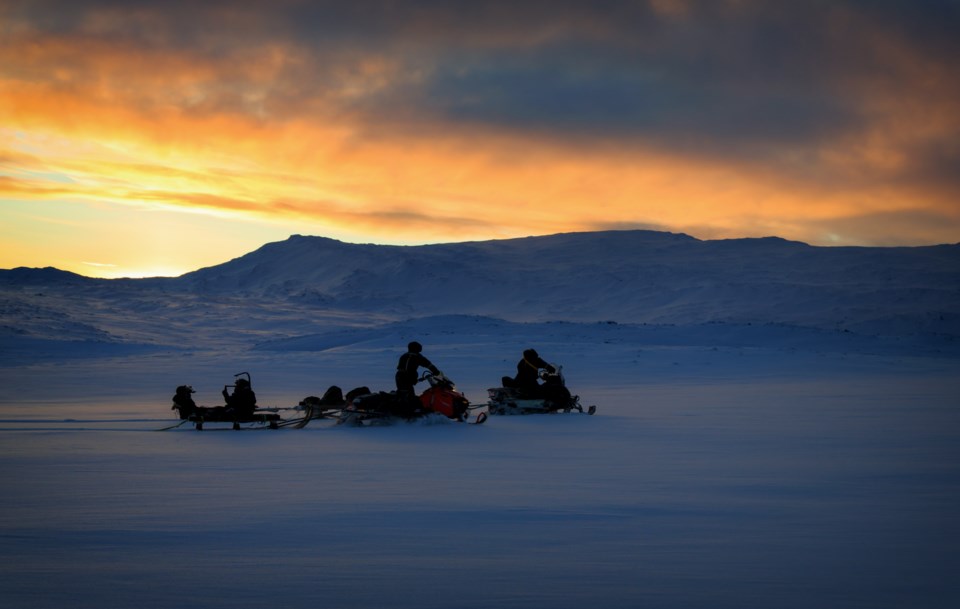 Enforcement officers are encouraging backcountry sledders to register their machines with ICBC or face a stiff fine.

The caution comes after 20 snowmobilers were handed violation tickets and 18 more were issued written warnings last weekend during a multi-agency blitz inspecting compliance with the Off-road Vehicle Act.

"People know by now," said conservation officer Sgt. Simon Gravel. "We don't have a lot of people now complaining about not knowing about (the regulations). At this point it's a choice. It's an expensive fine, and it's pretty cheap to register your snowmobile so I think there's no reason at this point (to not do so)."

The tickets were handed out between March 9 and 11 by conservation officers, natural resource officers and the RCMP. They inspected a total of 142 snowmobilers throughout the Sea to Sky and found that about 30 per cent of vehicles checked were non compliant.

Under the act, any off-road vehicle being operated on Crown land must be registered with ICBC, and must clearly display an identifying number plate or sticker. The regulations went into effect at the end of 2015.

Gravel said he was surprised by the lack of compliance they found.

"After all of the effort we did and all of the warnings we issued in the past, and the education, I'm still surprised that people choose to not do that, but I think a blitz like this sends a strong message that it could be costly if you don't comply with that legislation."

The fine for operating an unregistered off-road vehicle is $230, while a combined number plate (or sticker) and registration costs vehicle owners a one-time fee of $48.

Nelson Bastien, President of the Powder Mountain Snowmobile Club, said he's "not at all" surprised to hear how many snowmobilers are not complying with the regulations.

"I've been in this game a long time, and there's just way too many guys that just think, 'the hell with it, we're not going to pay,'" he explained. "They've all been warned. There's a sign on the window of the booth, when you drive by and pay your fee for the day, the sign is right there reminding them to get their insurance."

While Gravel said he's heard plenty of excuses during his inspections - including a few who claimed the registration plate didn't fit with their sleds' appearance - he agreed that not knowing the rules wasn't a common one.

In addition to having a properly registered sled, snowmobilers must have their registration plate or number horizontally and clearly displayed. They must also carry their ownership paperwork, as well as a driver's licence for proof of identity.

The three agencies will continue inspecting snowmobiles and enforcing the off-road vehicle act for the remainder of the winter, as well as ATVs, dirt bikes and side-by-sides in the summer months.

"Word will spread ... It's good, I'm glad they're making the laws work. I support them," Bastien said.