Upgrades come at the request of international organization
Aug 29, 2012 10:01 PM By: Alison Taylor 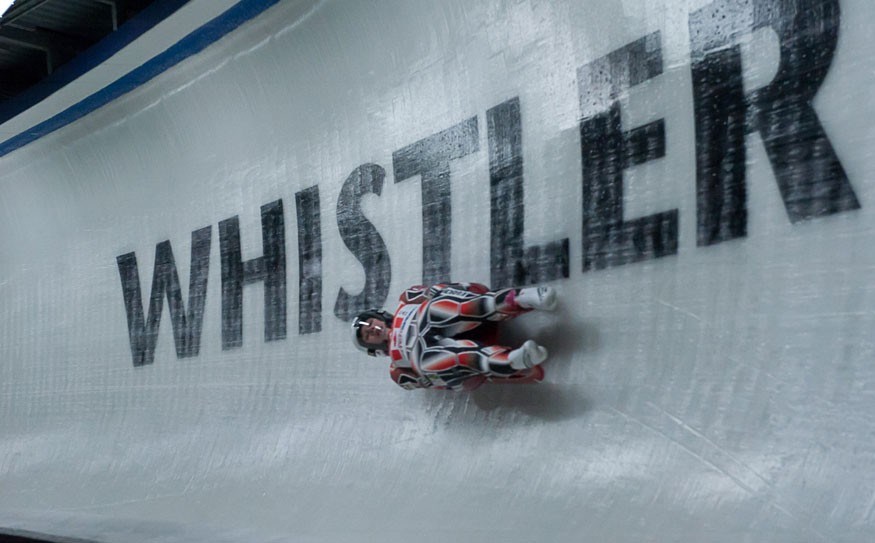 At the request of the German-based International Luge Federation, Whistler's multi-million dollar sliding track is getting a significant upgrade, embedding the makeshift changes made after the fatal Olympic luge accident two years ago.

Whistler Sport Legacies (WSL), which operates the track, is preparing to build not only a new start house next to the track, but is also gearing up to fix the entry angle into the first curve of the luge women's and doubles' start. The work is being done in preparation for the 44th annual World Championships in Whistler in February.

It's not clear how much it will cost the cash-strapped legacy organization or what the new building will look like as WSL representatives were not available to provide the details this week.

But Canadian luge athletes are looking forward to the changes both on and off the fastest ice in the world, with the new start house taking them out of a makeshift trailer and giving them a start that they can really sink their sleds into.

"Now it (will be) more of a world class starting facility, which is what I think they really wanted to achieve on Whistler," said Sam Edney, one of Canada's top male lugers and also the athlete representative for the Canadian Luge Association.

"...It's such a great track, but it was such a downer for everyone to be starting from a start where you could tell it wasn't designed for world class athletes."

The women's and doubles' start was never intended to be the start when the track was built for the 2010 Olympics.

But in the wake of the fatal accident that killed Georgian luge Nodar Kumaritashvili on a training run the opening day of the 2010 Games, immediate changes were made to the track to slow down the ice and curb the toe-curling speeds.

The original men's start was moved down the track to the women's start point below Curve 2.

The women's luge and men's doubles were then moved to the junior start at Curve 5, which has an extremely sharp curve just below where the athletes get into the ice. That move was not without its controversies at the time, with Olympic athletes criticizing the makeshift start and how the first curve approached too quickly.

"The chance of screwing up and having the wrong line into the very first curve, it was a pretty good chance you were going to do it, and if you did that in the very first curve you'd lose so much speed right away that your run is kind of over," said Edney.

"Obviously no one could foresee what was going to happen and that we would be moving down our start height so that's just something that's now in the past and we're looking forward to this new start house and this new entrance."

When asked if FIL had any lingering concerns about the safety of the track, given its history, Harder replied to the Pique via email:

"None at all. We have complete confidence in the responsible persons at the Whistler track. Every task on the track was decided in close connection with FIL and the experts of the FIL track commission. We are very pleased with the new start building for women and doubles. This represents real progress and has satisfied the demand for equality."

Luge athletes from around the world are set to gather in Whistler for the World Championships in February.

FIL is expecting 130-150 athletes to race down the track. Up to 100 officials from more than 20 national federations will also be in Whistler for the World Championships.

While WSL officials could not provide details of the changes, communications specialist Melissa Janke confirmed the proposed timing for the upgrades in the lead up to World Championships.

"The Whistler Sliding Centre (is) building a new start and athlete preparation area for women's, doubles', and the team relay as advised by the FIL," emailed Janke. "The changes to the field of play portion of the new start are scheduled to be completed by January 2013 for FIL international training week and the FIL Luge World Championships in February."

The two-storey Top Start House at the Whistler Sliding Centre, according to the WSL website, is almost 4,000 square feet, the bulk of the space made up of outdoor decks both on the upper and lower levels. The indoor space has washrooms as well as kitchen facilities.

That start house is no longer used by the lugers. It is not clear if the new luge start house will be modeled after the Top Start House.

FIL has also decided that the luge team relay, which will make its Olympic debut in 2014 at the Sochi, Russia Olympic Games, will also start from the women's/doubles start, so called the "Olympic start."

"I know there's a lot of excitement and our team — the women and the doubles', and also myself for the team relay — we're all pretty excited because it give us a bit more of a chance to have a clean entrance into the first curve," said Edney. "For us, that will give us a better chance to do well, for sure."

Given the track changes and the new entry angle, FIL also requested that before the 2013 World Championships there would be an additional four days of training with three training runs each for all athletes.