'Small fraternity of packer drivers' loses one of the first 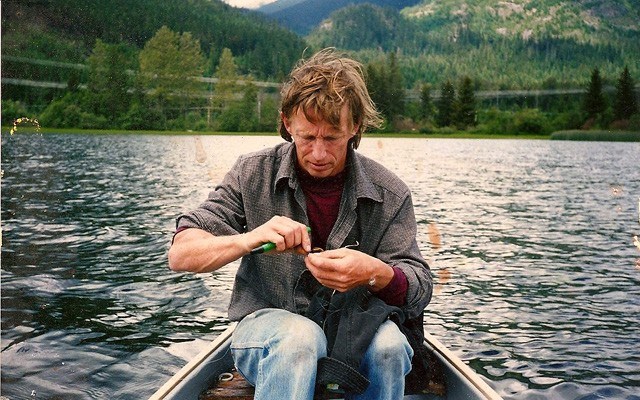 groom king Drew Tait passed away in the early hours of Feb. 14. He was presented with a 40-year length of service award from Whistler Blackcomb on Feb. 5. PHOTO submitted

For decades he shaped the runs for the next day's skiing, pushing the snow from edge to edge, perfecting the corduroy, as one of the mountain's longest-standing groomers.

It was a job he took great pride in and it was a job that he was good at, never skipping a beat through the massive changes in grooming that have taken place at Whistler Blackcomb over the years. Today it's a state-of-the-art operation with the tight-knit crews grooming 530 hectares every night.

Many of them, whether they know it or not, have learned something from Drew Tait.

"Anyone that has groomed, on Whistler Mountain anyway, in some way (or) fashion has learned from him," said Dave Muller, a fellow groomer who has known Tait for 30 years.

"I learned from him and I passed on what I know to the other guys. Whoever has learned anything about grooming has gotten something through Drew, without a doubt."

On Friday, Feb. 5, Whistler Blackcomb presented Tait with his 40-year length of service award. He died in the early hours of Feb. 14.

It was a low-key presentation with his grooming manager Stan Kelly, director of operations Doug Macfarlane and vice president of employee experience Joel Chevalier gathered around Tait's St. Paul's Hospital palliative-care bed to share the award honouring his accomplishments.

"It was important to Drew to receive the recognition," said Chevalier.

"Forty years of employment in one place is a milestone that is becoming less and less common anywhere in Canada. He was very proud of his accomplishment. He was passionate about grooming Whistler Mountain and elated when he heard positive feedback about the runs he was responsible for.

"Presenting his recognition was important to us because he dedicated most of his working life to our organization. Across all of those 40 years, Drew had a choice about where he wanted to work. It is special to us that he chose to work at Whistler Blackcomb."

Beyond the mountains, however, Tait was one of the first to settle in the valley when there was little more than a handful of lifts and a handful of places to live. His 40 years at WB likely began several years before that — he was a liftie just after WB opened and a tree faller for some run clearing too. But the records are not exact, said Chevalier, and he wouldn't have been the first person in the late '60s to work for cash with no status as an "official" employee.

"Drew was a real Whistler original. He was a unique character. Those who knew him, loved him," said long-time friend John Hetherington.

Hetherington first met Tait, a West Vancouver boy, in the fall of 1967. They were working on the new Alpine Meadows subdivision. That winter they moved in together at the original Toad Hall on Nita Lake. As it turned out, Tait was always living in the heart of Whistler's counterculture — Toad Hall, the Soo Valley logging camp, Tokum Corners.

"There were a few straight people around but nobody was terribly straight!" recalls Hetherington.

"(Whistler) was that kind of place. This was not an easy place to live in the very early days."

You had to be tough to survive — an outhouse, a wood stove to cook, wood heat to stay warm. And Drew Tait was tough.

He was also one of the 14 to bare it all for Whistler's famed Toad Hall poster.

"Luckily he was in the shadows of that photo," joked Muller.

But more than where he lived and the subculture he was part of, and more than his work on the mountains, Tait was also a one-of-a-kind friend.

Muller recalled: "He literally gave me the boots off his feet one summer when I went tree planting and didn't know if I was going to be able to hack it."

And there was his ever-present sense of humour. For Hetherington's 70th birthday celebrations, Tait showed up at Dusty's... in his groomer.

Tait worked for just a few weeks during his 40th year at WB after being diagnosed with lung cancer.

"He belonged to a small fraternity of packer drivers," said Hetherington.

"He left his mark on Whistler. You may not notice it although... anybody who's a skier will have skied on a run that he has groomed."

WB will be holding its length of service awards dinner on Thursday Feb. 25. Pick up next week's Pique to read about another 40-year award recipient.