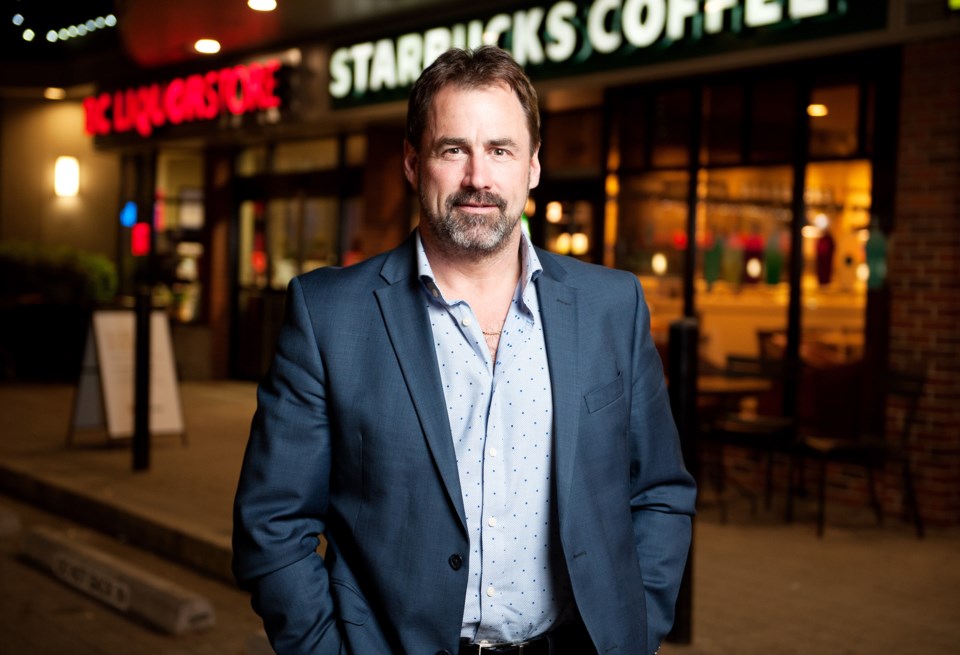 Prior to NDP Premier John Horgan’s snap election call for Oct. 24, Liberal MLA Jordan Sturdy had committed to himself and his family that he would make a decision on whether or not he would run for re-election in 2021 by the end of this year.

But with the drop of the writ on Sept. 21, he felt the decision was already made for him.

“This snap election is something that, it really put me in a position where I felt I needed to support my team and support my colleagues,” he said, adding that the election is “entirely unnecessary” in his view.

“It’s sort of the worst kind of politics, isn’t it? Let’s manipulate things to suit our ends … I mean, I thought we got rid of that 20 years ago,” he said.

While the next provincial election wasn’t scheduled until October 2021, results of an Angus Reid Institute survey released in early September showed massive support for the NDP (with 48 per cent of undecided voters saying they would vote NDP, compared to 29 for the Liberals and 14 for the Greens).

“An early election would, indeed, present Horgan and his party with quite the irresistible opportunity, should they choose to take it,” read a press release from the institute.

But while many a political party has been guilty of manipulating an election cycle, there’s a very real chance it may backfire on the NDP government this time.

“It was clearly a calculated risk from the brain trust there,” Sturdy said.

Sturdy’s priorities for Whistler heading into the campaign are a “continuation of where we’ve been going,” he said, noting that Whistler and the Sea to Sky are still very much grappling with the effects of the COVID-19 pandemic.

“This is exactly why we shouldn’t be having an election right now—because we should be focusing on the issues at hand and coming up with solutions,” he said, noting that because of the election, the government will effectively be shut down for five weeks (and possibly longer factoring in the expected drastic increase in mail-in ballots, which will extend the time it takes to declare a winner).

“So we could be at it with no government for a couple months. How is that good for anybody?”

While Sturdy has confidence Whistler as a resort will be fine in the grand scheme of things, ensuring locals and businesses can weather the COVID storm in the coming months is about continued collaboration, he said.

Much of it is a discussion with the federal government around the wage subsidy and commercial rent relief, he noted.

“We do need an internal tourism strategy [at the provincial level],” Sturdy said, pointing to the fact that the border isn’t likely to open soon, and tourism will continue to be reliant on regional visitors.

But as it has since mid-March, the pandemic represents a high degree of unpredictability, too, and officials must remain quick on their feet.

“So we have to sort of plan for the worst in many respects, it seems to me,” Sturdy said.

Planning for a pandemic election began in April 2020, according to Elections BC, which consulted with the office of the provincial health officer and other election agencies in Canada, as well as surveyed voters in May and August.

Voters can cast an advance ballot on Thursday, Oct. 15 or Wednesday, Oct. 21 from 8 a.m. to 8 p.m., or at any district electoral office before October 24.

Mail-in votes, which typically represent about one per cent of ballots, are expected to skyrocket to as high as 35 per cent of the total vote.

Completed packages must be received by 8 p.m. on Oct. 24, so voters are advised to complete and return their packages as soon as possible.

At the moment, it seems Sturdy's campaign platform will have many familiar features from past elections.

He said that he would be working on trying to make regional transit a reality—an item that has been on the wishlist in the corridor for years.

"I'm not taking my foot off the pedal there," he said.

He noted that he was surprised that the current provincial government didn't offer more support for this measure, as many local governments have been moving together in expressing interest for the initiative.

"I was always surprised that we didn't get more support," Sturdy said.

Sturdy promised that the Sea to Sky will remain an area of focus for him.

"I think you understand that the Sea to Sky is a place that I know well and [am] invested in and have a lot of ideas… [in part to] make it a better place and, more specifically, help the people who live here have a better experience and have better opportunity," he said.

Currently, it is unknown who the other candidates are in the upcoming election for the Sea to Sky. Nominations close at 1 p.m. on Oct. 1, after which a full list of candidates will be posted online at elections.bc.ca.