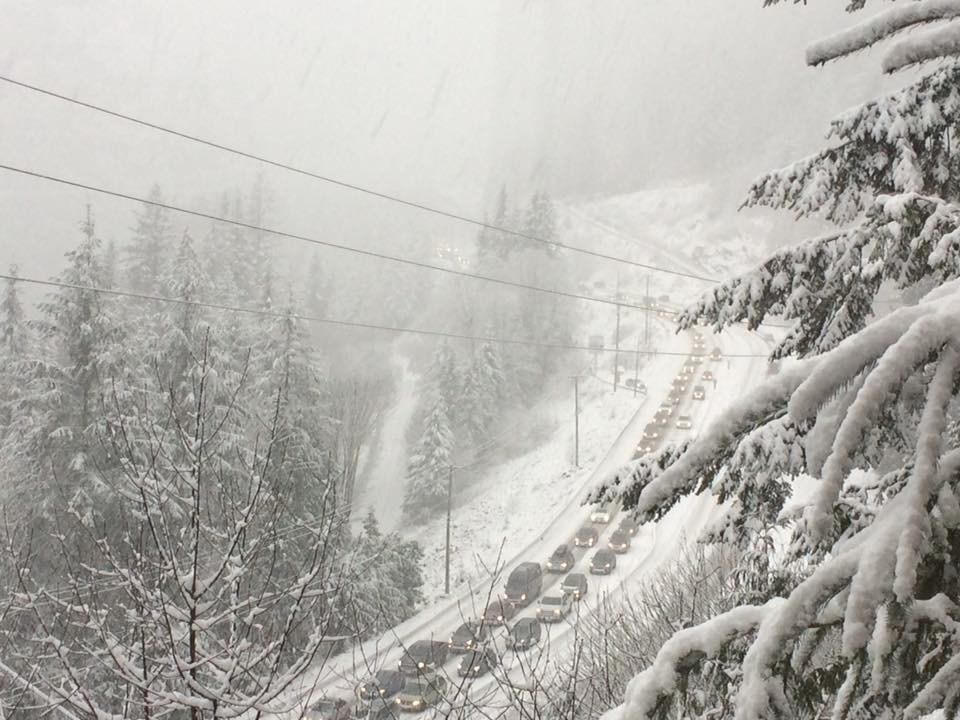 TRAFFIC JAM Traffic was slowed to a crawl on Boxing Day after an accident on Highway 99 south of Whistler. Photo submitted

Holiday traffic around Whistler is bad enough as it is, but drivers had to deal with the added inconvenience of heavy snow on Highway 99 this Boxing Day.

Environment Canada issued a heavy snowfall warning today with an approaching Pacific frontal system expected to bring up to 25 centimetres near Squamish by Tuesday morning. The federal agency urged the public to adjust driving with the changing road conditions. Visibility may be “suddenly reduced” at times, in which case Environment Canada advises to slow down, watch for taillights ahead, and be prepared to stop.

An accident involving multiple vehicles was reported in the early afternoon roughly three kilometres south of Whistler. Both directions are affected, so expect delays.

DriveBC is also warning of slippery conditions between Horseshoe Bay and Function Junction, as well as between Whistler and Pemberton.

To stay up to date with road conditions, visit www.drivebc.ca.