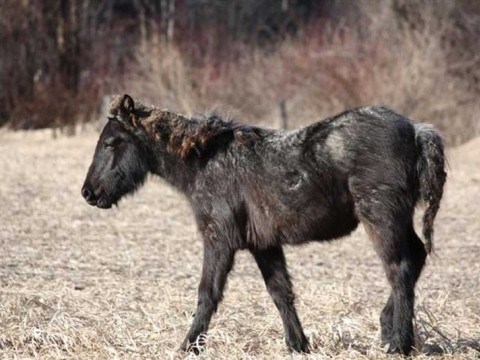 The Society for the Prevention of Cruelty to Animals will not investigate animal owners in Mount Currie despite concern about how more than 60 horses are being treated.

In a Feb. 26 e-mail to Pemberton Mayor Jordan Sturdy, RCMP Sgt. Eric Rochette said he spoke with the general manager of the B.C. SPCA and determined that they would not be investigating the owners of horses that keep escaping their grounds in Mount Currie and making their way to the Pemberton Festival property.

It's believed the horses consider the area "open range" and the older animals among them consider the festival property their winter grazing grounds.

Rochette was responding to an e-mail from Sturdy in which he said horses on the highway are creating a "significant public safety issue" that has to be addressed. Sturdy was likely referring to the Feb. 17 incident that saw two horses killed after motorists struck them on Highway 99.

"These animals are not being sheltered, fed, watered, provided with salt or managed for parasites and disease," Sturdy, a horse owner himself, wrote in his e-mail. "As far as I can see these animals have been subject to neglect and a complete disregard for standards of care."

Marcie Moriarty, general manager of cruelty investigations for the BCSPCA, said in an interview that she's aware of the horse situation in Pemberton but that her agency can't investigate because it doesn't have enough money.

"We have received no government funding to do this, so we can't be everywhere and do everything," she said. "We can investigate and seize animals in certain circumstances where they are considered to be in distress under the (Prevention of Cruelty to Animals) Act.

"In this particular case, I empathize with the individuals complaining. These horses are escaping or they've been abandoned or they're just allowed to roam and forage. Terrible animal management is what it is and of course it's creating safety hazards on the highway."

Abandonment, however, isn't in the BCSPCA's mandate and it doesn't have the funds to take in animals that may be in distress, even if it wants to. But even beyond that, the BCSPCA is already taking care of 40 horses that will be put up for adoption soon.

"Right now, it's extremely difficult to give away a free horse," Moriarty said.

Without the SPCA to help him, Rochette is trying to navigate what can be done to help the horses. He said in an interview that RCMP members in Pemberton moved 15 horses back to Mount Currie last Saturday and then moved approximately 25 on Tuesday.

The last time Pique interviewed Rochette he said one of the owners, Mount Currie resident Wayne Andrew, could be charged under B.C.'s Livestock Act if his horses escaped again.

Rochette didn't say on Wednesday morning whether Andrew would be charged but said the festival grounds need to be fenced all around in order to keep the horses from wandering into them. Making that happen would require a new bylaw at the regional district level in order for the RCMP to enforce anything.

It's possible that police will seize the horses but Rochette doesn't feel that would be the best outcome.

"The best thing is to try and be reasonable with the owners," he said. "The RCMP's going to need assistance because we're not set up to seize animals and take care of them."

Mount Currie Band Chief Leonard Andrew said in an interview that the band was putting out a letter addressing its own position on the horses. Pique could not obtain the letter by deadline.

Pique has previously attempted to contact Wayne Andrew via phone. Canada411.ca lists a "W. Andrew" in Mount Currie but the number listed has been disconnected.