Firearm hunting is permitted in the Callaghan, but not within Whistler's boundaries
Apr 19, 2016 4:00 AM By: Brandon Barrett 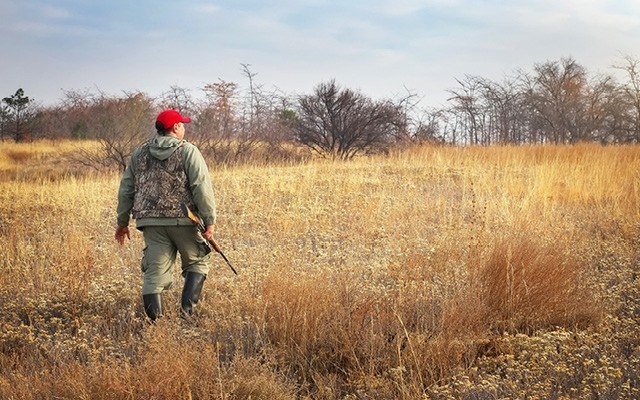 British Columbia's spring hunting season has opened for another year — a good time to remind the public of the hunting zones in and around Whistler.

While hunting with firearms is not permitted within municipal boundaries, it is allowed within Callaghan Lake Provincial Park, as well as a stretch between the resort and Pemberton along Highway 99. Elsewhere in the Sea to Sky, there is a hunting zone north of Pemberton and one close to Squamish along the Squamish Valley and Mamquam River forest service roads outside of district boundaries.

Bow hunting is permitted, although only on municipal land that does not fall between Emerald Estates and Function Junction. Licensed hunters must also be at least 15 metres away from a road and/or 100 metres away from a playground or building.

The area with the most potential for conflict, in conservation officer Sgt. Simon Gravel's opinion, is the Mackenzie Basin located east of the Village of Pemberton, a spot popular with mountain bikers. Conservation officers are also concerned about the increase in target shooting they've seen on Crown land in the region, Gravel said.

"We remind target shooters that they have to respect the safety rules and they have to ensure they discharge their firearm in a legal area with a very safe target and a good backdrop," he added.

Black bear hunting season runs until June 15. Hunters are permitted to kill and keep a maximum of two bears. Grizzly bears are not permitted for hunting in the Sea to Sky, and it's the responsibility of hunters to be able to differentiate between grizzlies and the more common black bear.

"We do have black bears and grizzly bears in our zone, so that's definitely our biggest concern," Gravel said. "That's why we have the road closures (in the Elaho) where people are not allowed to go hunting near sensitive grizzly habitat."

The Liberal government spurred controversy this month when it authorized a limited number of grizzly bears to be killed in parts of the province, including the Great Bear Rainforest. Trophy hunting has been a hot topic over the past year, with a number of wildlife organizations voicing their opposition, including 91 per cent of British Columbians surveyed in a recent poll.

"Even if the hunt would end in the province tomorrow, the same issues would be facing the bears in and around Whistler and southwest B.C.: Illegal mortality, habitat loss, habitat fragmentation," he said.

According to a 2012 tally, there are an estimated 59 grizzlies in the Squamish-Lillooet zone, bordered on the east by the Squamish and Cheakamus Rivers and the Sea to Sky Highway. This population is currently facing a number of threats to its natural habitat, including the impacts of existing and future hydroelectric projects as well as the continued expansion of recreational areas.