Police confirm fatal fall on the east side of Stawamus Chief Provincial Park
Sep 9, 2013 9:00 AM By: John French 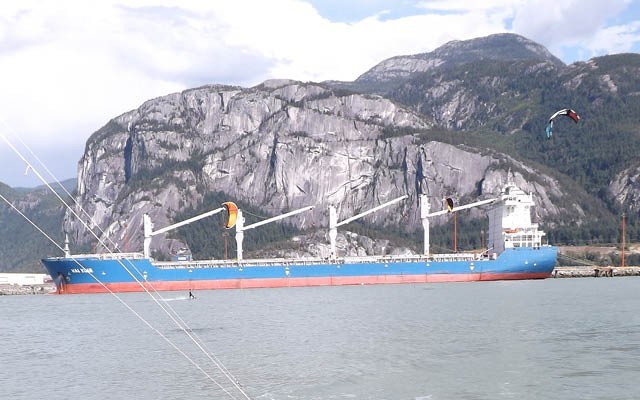 A paragliding adventure in Squamish ended in tragedy this weekend.

Sgt. Wayne Pride of the Squamish RCMP has confirmed that a Squamish man was killed Saturday in an area east of the Stawamus Chief. The RCMP was called at about 4:30 p.m. on Sept. 7.

Pride would not confirm the name of the accident victim, but Facebook friends identify him as Jeff Bertoia of Squamish.

"It was an approximate 10 metre fall," said Pride. "The male was deceased at the scene and we had members of Search and Rescue attend to the scene by helicopter to retrieve the body."

Pride said the man was with a few of his friends and they observed the fall. The group was engaged in what Pride called speed flying — an air sport involving flying a small, fast fabric wing, usually in close proximity to a steep slope.

"There were others doing the same activity and two had in fact had safe and successful jumps prior to our victim's incident," Pride said. "It appears he was an experienced person in this activity."

The 36-year-old man's next of kin were notified Sunday.

Paragliding from the Stawamus Chief is an activity a small number of people participate in. A number of YouTube videos show successful flights over Squamish with the sports field between Squamish Elementary School and Howe Sound Secondary as a common landing place.

This incident follows the death of Gabriole VanKeith, 57, of Vancouver after she fell to her death on the Grand Wall of the Stawamus Chief on Aug. 4. Witnesses saw VanKeith falling and called 911 immediately after the dramatic fall. She was hiking alone and her body was recovered from rugged terrain at the base of the Grand Wall.