AWARE reusable bag project to be rolled out at Crystal Lodge in April
Dec 18, 2013 8:00 PM By: Brandon Barrett 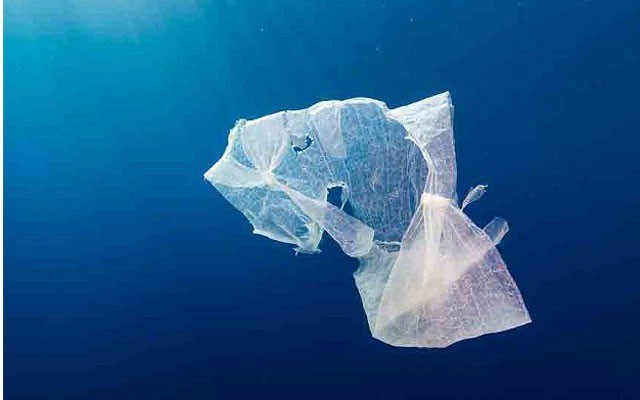 The issue isn't exactly in the bag quite yet, but the community's longstanding concerns over single-use plastic bags in the resort appear to have come one step closer to resolution.

At a Committee of the Whole meeting on Tuesday, Dec. 17, staff recommended that council consider instituting a bylaw to effectively ban the use of degradable plastic bags in the resort ahead of a pilot project headed by the Association of Whistler Area Residents for the Environment (AWARE) that will make reusable cloth bags available to guests of the Crystal Lodge hotel.

Degradable bags break down into minuscule plastic particles and have been found to have a significantly harmful impact on the environment.

"We've determined that the degradable bags you see at your stores at this point in time need to go," said RMOW general manager of infrastructure Joe Paul. "They're not recyclable, they all have to go in the landfill, and we think that their environmental presence is negative, and we believe that (council members) should use the bylaw abilities you have to effectively regulate these things away."

He noted that the bylaw could specify that the only suitable bag option for stores be made of recyclable materials.

Degradable bags pose "an imminent threat" to the province's Multi Material B.C. (MMBC) program, Paul said, slated for rollout in May, which, among other initiatives, will include new plastic film recycling facilities at the Nesters and Function Junction waste stations.

"Right now, we're using single-use degradable bags," said The Grocery Store owner Sue Adams. "We agree with the research — my team has been looking at the issue for years and we all agree it's a good one to get rid of ..."

During their research, staff also found that a charge-per-bag option has proven successful in other jurisdictions, and see it as a possible next step in reducing plastic bag usage if retailers can agree to implement it. The RMOW does not have the ability to impose this requirement on retailers, and a complete ban of recyclable plastic bags was not recommended at this time.

A number of resort retailers have been tracking customers' plastic bag usage to submit to the RMOW. While the final quarter's data has not yet been compiled, it was found that plastic bag usage at stores serving primarily Whistler residents went down by 9.5 per cent compared to 2012. No significant reduction in bag usage was found at stores serving visitors primarily. It should be noted that a public education campaign headed by AWARE targeting bag usage was only active during the most recent quarter of the three assessed. The campaign's goal is to achieve a 25 per cent reduction in usage by June 2014, a year after its launch.

Another measure Whistler officials hope to have an impact on visitors plastic bag use is a pilot project organized by AWARE that will provide a reusable bag made of recycled materials for Crystal Lodge hotel guests.

"The project goal is to deliver a pilot project to demonstrate how a positive and eco-based concept, such as the Whistler Bag, can leave a positive impression on Whistler visitors and guests, while also engaging them to change personal habits that benefit the environment," said AWARE executive director Claire Ruddy.

Each hotel room will have two reusable bags that a guest can either use for the length of their stay before it's returned and laundered, or they can choose to keep the bags at a cost of $10 each.

The project will include a competition for artists to design the bag's logo, and significant opportunities for community engagement through a variety of social media campaigns.

Project funding, totaling almost $25,000, is in place, Ruddy said, with plans to roll out the initiative in April, which has historically been Crystal Lodge's busiest month.

"Staff are of the view that AWARE's pilot project should be given an opportunity, and if it flourishes, if it accomplishes what we hope, the need to regulate anything will diminish as everyone will be using these reusable bags," said Paul.