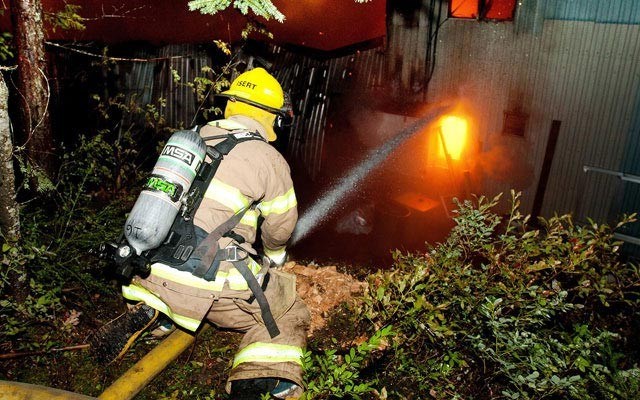 According to Whistler fire chief Rob Whitton, the damage was so extensive to the site that it's impossible to pinpoint the exact cause with 100 per cent precision.

"I can't determine (the cause) to 100 per cent because there was little to no evidence left, everything was destroyed, but what it looks like happened is that rags used in the staining process weren't properly discarded and had spontaneously combusted," he said.

Whitton explained that the stains contained volatile organic compounds that start to decompose the rags. That decomposition generates heat, and if there is enough air and combustible materials around then they could catch fire.

The same general cause was identified in a fire that started in a Spruce Grove home in October 2010.

Whitton said that these types of fires are rare, and can be avoided by hanging or spreading rags out to let them air dry faster, or sealing them in metal buckets. Fires can still happen in the buckets, but they consume the available oxygen quickly and go out.

"You may get away with (improperly storing your rags) most of the time, it's just one of those things where the conditions were just right," said Whitton.

There were no injuries in the fire, although at least five vehicles were destroyed along with the four buildings, and various departments — the sign shop, the building maintenance workshop, the reservations call centre, the pass administration working areas and various administration offices — have been relocated to other buildings while the future of the site is decided. Whistler Blackcomb has yet to announce its plans for the area.