Surgeon with Whistler ties is recognized for his extraordinary service

Dr. Kimit Rai will be awarded the Order of British Columbia for his work with Operation Rainbow
Jun 17, 2019 12:00 AM By: Joel Barde 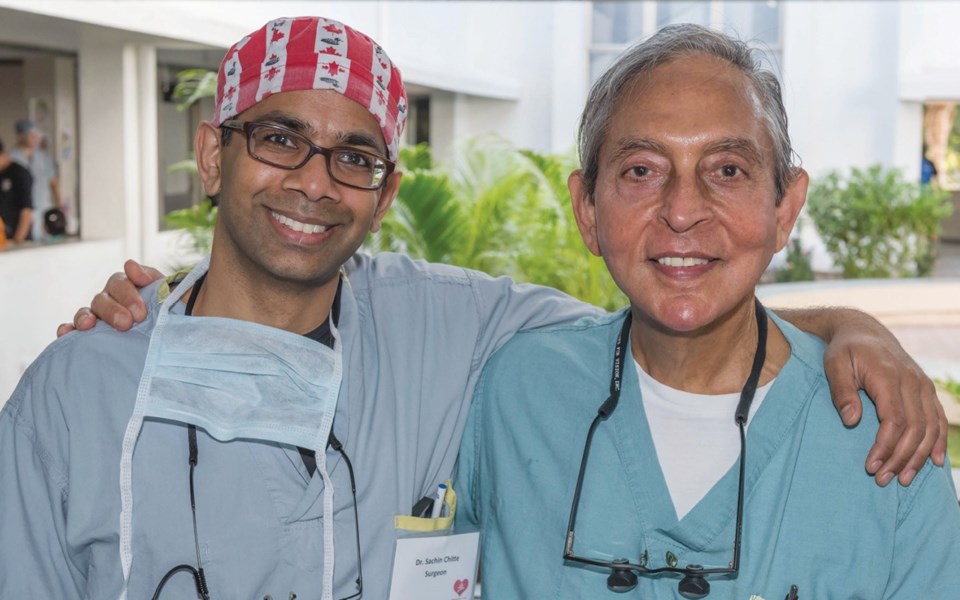 A surgeon with deep ties to the Whistler community will be awarded B.C.'s highest honour this month.

On June 28, Dr. Kimit Rai will attend a ceremony at Government House in Victoria, where he will be awarded the prestigious Order of British Columbia for his extensive work with Operation Rainbow, a humanitarian non-profit he helped found in 1998.

In the intervening years, Rai has gone on more than 30 missions in the developing world, performing life-altering facial surgery for children in countries such as India, Lebanon and Cambodia.

Reflecting back, Rai—who has a second home in Whistler and worked at the Whistler Medical Clinic on an on-call basis for years—said his charity work began with a meeting with Dr. Bill Riley, then president of the American Society of Plastic Surgeons, about 25 years ago.

Riley asked Rai to join him on a mission to the Philippines to help "'fix up some kids," recalled Rai. "I said, 'OK, I'll go with you.'"

The trip would alter the trajectory of Rai's life.

After another trip to Mexico, Rai and a dedicated group of health-care specialists founded Operation Rainbow.

The organization provides free reconstructive surgery and related health care for cleft-lip and cleft-palate deformities to impoverished children in the developing world.

But Rai said that getting it off the ground was challenging in those early days.

"Money was hard to get at that time, (so) I donated my own. Plus I encouraged the nurses and we got a team started," he said.

Over the years, the organization expanded, enabling surgeons to perform over 2,000 surgeries around the world.

The bare bones nature of the organization—it's 100 per cent volunteer run—has been critical to its success, said Rai. "All the money we earn, from donations etc., go to children in different parts of the world," he said.

Over the course of a day, a team of surgeons may perform 300 surgeries. They begin by prioritizing young girls, who can often face extreme alienation because of their disfigurements.

The missions are also used to train local physicians in surgery, said Rai.

Born to refugee parents in Kuala Lumpur, Rai was exposed to importance of giving back at a young age.

His father—who fled Kabul in the late 1930s along with his mother—was a successful textile merchant with a generous spirit. Every year, he would give clothing to a leper colony in the area, recalled Rai.

"He was always a good person, and when he got successful in his business he would donate clothing," recalled Rai.

Rai said he is thrilled and feels privileged to be awarded the Order of British Columbia. He added that he hopes he can use the platform it has given him to let people know that "you can do good things and achieve your goals."