Whistler Olympic Plaza top pick for some form of liquor service
Apr 6, 2012 9:00 AM By: Alison Taylor 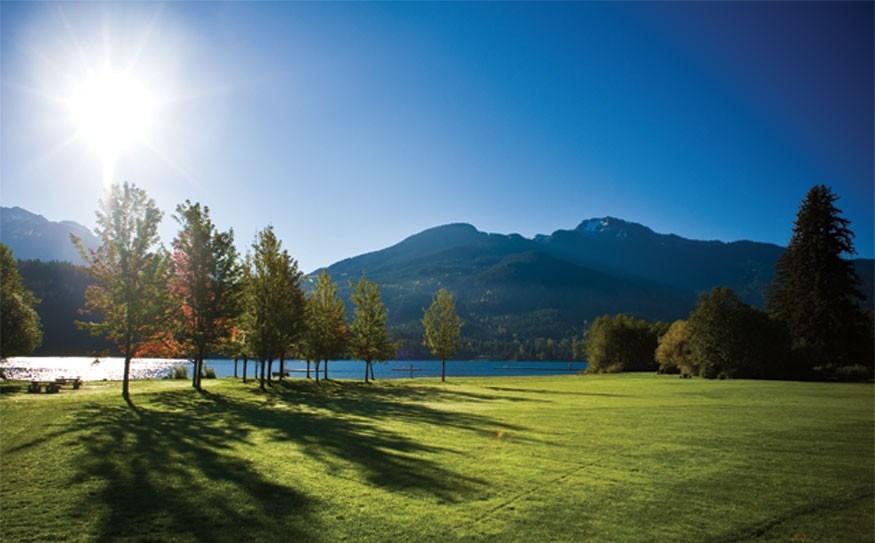 Ever thought about cracking a beer on the beach at Rainbow Park on a hot summer's day after a bike race? Or what about during a concert at Whistler Olympic Plaza?

In fact, there's a resounding call in the community to allow some form of alcohol service at municipal parks and facilities like Meadow Park, the Spruce Grove Field House, Rainbow Park, and more.

That's the message coming out of the recent Municipal Alcohol Survey, done by Whistler Community Services Society (WCSS) at the request of the provincial government. The idea is to develop policy that will ultimately see a decrease in alcohol related problems in municipal facilities.

And yet, what Whistler said through the survey is that all municipal facilities and parks are suitable for some form of alcohol service at events, as long as strategies are in place to control it.

"Despite all these diverse people from all these diverse backgrounds, the results were very consistent," said WCSS executive director Lorna Van Straaten, of the more than 700 surveyed from a broad cross-section of the community.

"I think Whistler as a whole has a very liberal perspective, for the most part."

The top three venues pegged for alcohol service were:

But even the schools, recognized as the least suitable facilities to be licensed, got more than a 50 per cent vote in favour of being allowed to have special occasion permits for events.

The results of the WCSS survey results and recommendations were presented to council Tuesday night.

There were no comments or concerns from the council table and Mayor Nancy Wilhelm-Morden said the findings would go to staff and then come back before council in a report.

"We put it into their hands and it really is up to them whether or not they adopt any portion of it or the policy complete," explained Van Straaten.

Among the recommendations for example was to allow a licensed food/beverage concession stand at Lost Lake Park, with staff trained in "Serving it Right" at a limited beach area where drinks can be consumed in a fenced area with tables and chairs.

Another recommendation was for the municipality to allow licensed private events at Meadow Park in a fenced area.

At the Meadow Park Sports Centre, there's a recommendation to provide a restaurant/bar license in the rink area to teams after play with enforcement of signage that prohibits drinking in dressing rooms and in public.

"Everyone knows that they're taking beer into the dressing rooms after hockey games," said Van Straaten.

"It's accepted but at the same time it's not legal. So what we're saying is 'make it legal.'"

As for Whistler Olympic Plaza, which came under fire last summer because event holders could not get the liquor licenses they were looking for, the survey shows that 92 per cent of those surveyed want licensed sales of some level.

Van Straaten said some of the recommendations fit hand in glove with the municipality's recent push to get B.C. liquor laws revamped.

Whistler, one of two test communities asked to develop a Municipal Alcohol Policy, has submitted its findings to the provincial government. Together with Maple Ridge, its findings will be presented to the Union of B.C. Municipalities convention in the fall.

Van Straaten said: "What they're trying to do is to encourage municipalities across British Columbia to go through the same process and to put an overlay of policy in place over what there is existing just to reduce liability, reduce harm, and just really to make the community part of the process."