RCMP in Squamish and Burnaby have released the photo of a man who is a suspect in an Aug. 29 sexual assault and robbery of a 39-year-old woman from the Interior.
Sep 4, 2009 8:15 AM By: Andrew Mitchell 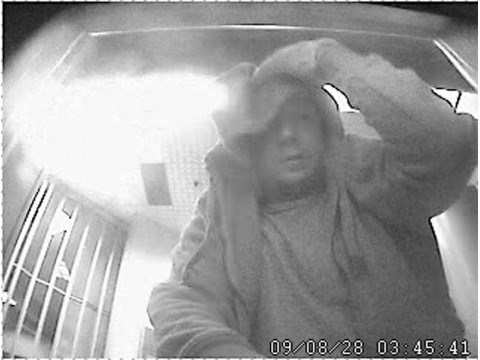 RCMP in Squamish and Burnaby have released the photo of a man who is a suspect in an Aug. 29 sexual assault and robbery of a 39-year-old woman from the Interior.

According to Corporal Dave Ritchie of the Squamish RCMP, the woman was travelling around the province visiting with friends and pulled into the Brennan Park Recreation Centre in Squamish to take a nap on her way to Vancouver. Just past midnight on Aug. 29 a white male forced his way into her car, sexually assaulted the woman and held her captive as her attacker drove the vehicle south. He stopped in North Vancouver to withdraw cash from a Bank of Montreal machine on Main Street in North Vancouver using the victim's bank card, then proceeded to Burnaby where he fled on foot just after 4 a.m.

"We have no idea if (the suspect) is from the Lower Mainland, he didn't make any reference to where he might have been from," said Cpl. Ritchie. "We don't know if it was a chance thing, he could have been out stealing cars at the time."

Ritchie said that the victim was hospitalized and recovering. "She is traumatized, and she is with her friends and family."

The RCMP have released two stills from security footage at the bank. If you have any information related to this case contact the Squamish RCMP at 604-892-6100 or the Burnaby RCMP at 604-294-7922.