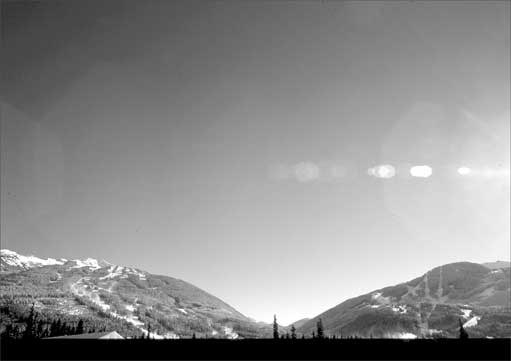 Municipal council approved up to a million dollars in tax breaks over five years to help Whistler-Blackcomb build a gondola linking Whistler and Blackcomb mountains. Photo by Maureen Provencal

Despite giving a Whistler-Blackcomb subsidiary a six-figure annual tax break for the next five years, Whistler’s mayor insists the municipality’s political leaders are not in the company’s pockets and are instead looking out for the community’s best interests.

Council voted 5-2 on Monday evening (March 5) to give a five-year $150,000-$200,000 annual property tax exemption to support construction of the $51.4 million Peak to Peak gondola connecting Whistler and Blackcomb mountains.

Dave Brownlie, the company’s chief operating officer, in his presentation to council, said the exemption is necessary in order to provide an adequate investment return for Peak 2 Peak Ltd., the Whistler-Blackcomb subsidiary formed to construct the project.

Mayor Ken Melamed supported the tax break that is allowable under the recently-amended Community Charter that permits exemptions up to five years to companies undertaking major improvements.

“This project will have a spectacular impact on our resort globally,” Melamed said, adding that he “sees very strongly the business case” for the gondola that Brownlie maintains should boost occupancy rates five per cent once the 4.4 kilometre lift is up and running in 2008.

The gondola terminals will be adjacent to Whistler’s Roundhouse and Blackcomb’s Rendezvous restaurants. The lift spans Fitzsimmons Creek with just four towers, allowing 4,000 skiers and snowboarders per hour access to alpine areas on either mountain. The proposed gondola aims to break height (415 metres) and distance (2.9 km between towers) records and will attract visitors from around the world, Brownlie said.

“It will help support sustainability as a world resort,” he said, “...and protect our winter product in a changing world environment.” Separate tickets will be needed to ride one of the 26, 30-person cabins, estimated to be about $10 daily or $59-$79 for a season’s pass holder, he said.

In addition to the mayor, four other councillors supported the tax break request, but two, Nancy Wilhelm- Morden and Eckhard Zeidler, did not.

“Why should we be asked to subsidize a deep-pocketed company?” Wilhelm-Morden asked, adding that the break sounded like “cash harvesting that would be value-enhanced through our subsidy.” Wilhelm-Morden also asked Brownlie why a separate company was formed for the project and whether it could be sold in future.

The company was formed in order to provide liability protection, Brownlie responded, and said seeing as the gondola spans two mountains operated by Whistler-Blackcomb, the company would not be easy to sell.

The mayor defended council’s decision afterward saying the practice of giving tax breaks to corporations in order to undertake improvements is commonly used by other towns and cities. And although he admitted not granting the exemption would have jeopardized the municipality’s relationship with the corporation he insisted council acted on its own accord.

“The implication that they make decisions for us is ludicrous,” Melamed said. “Whistler-Blackcomb doesn’t tell us what to do.”

Construction of the lift could begin in May of this year, once Whistler-Blackcomb resolves internal structuring details, and should take 18 months to complete, said Doug Forseth, the company’s top operations vice-president.