Simulcast TEDActive event to be held at Fairmont
Feb 6, 2013 9:01 PM By: Andrew Mitchell 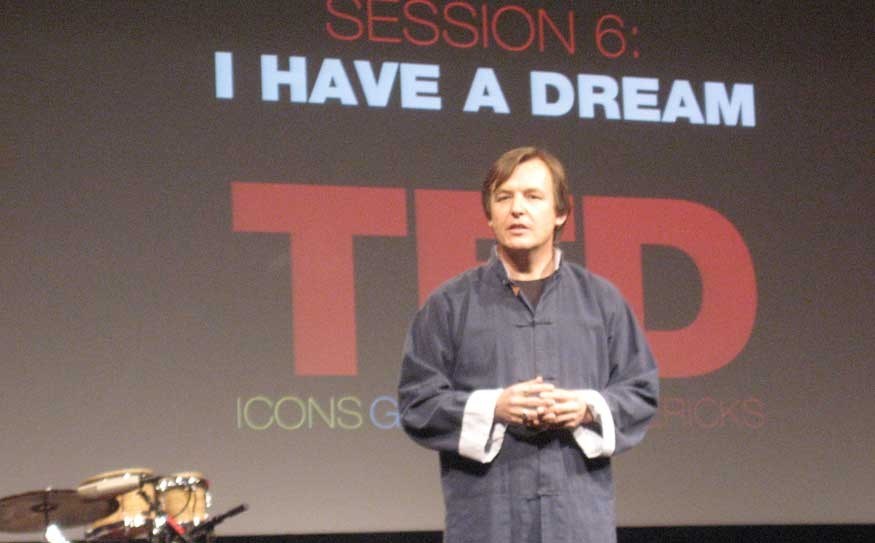 One of two annual TED (Technology, Entertainment, Design) conferences, the main events in a technology and design lecture series known widely as TED Talks, is moving to Vancouver for 2014 and the foreseeable future after more than three decades in California. The second event will continue to be held at Long Beach, California.

The March 2014 conference will be held at the Vancouver Convention Centre, but organizers have announced that the TEDActive conference — a simulcast conference that takes place at a second location — will be moving to Whistler from Palm Springs, California for at least two years.

The negotiations for the event were top secret. In Vancouver, only Mayor Gregor Robertson and City Manager Penny Balem knew that discussions were underway until last Friday, Feb. 1. In Whistler, just three staff members at the Fairmont Chateau Whistler were involved in discussions.

"We are actually hosting a TED fellows conference this August and we have strong relationships with the people organizing the event in Vancouver, and the opportunity came to us," said Victoria Dyson, director of marketing and sales for the hotel. "Everything was highly confidential and needed to stay confidential until everything was settled and we were able to go to contract with them."

It wasn't easy to keep the secret, as in the weeks leading up to the decision Dyson said the TED events were being discussed everywhere. "It's like when you're buying a car and suddenly you see the same car everywhere," she said. "When dealing with TED we kept hearing and seeing TED everywhere, on the news, on the Internet. Even last week's Gray's Anatomy was talking about TED conferences."

According to Dyson, the satellite TEDActive event will bring roughly 700 people to the resort, although tickets will be available for the public as well — and should be available on the TED website, www.ted.com this week. The main conference in Vancouver will have 1,200 to 1,400 delegates.

Conference organizers are taking care of most of the staging details, although Dyson said the Fairmont is looking at things like electricity and Internet bandwith to host the event.

"There's a lot of planning going into year one to make sure that we get everything ticked off the list," said Dyson. "It's really exciting for the Fairmont, for British Columbia and very exciting for Whistler. A lot of people will be coming up here and it's an interesting demographic that lends itself nicely to the resort." One of the things that the organizers liked was the fact that the two conferences are separated by only the length of the Sea to Sky Highway, while in California the events were much further apart.

As for why the Fairmont would pursue a conference during March Break, one of its busiest times of the year, Dyson said most of the guests would be staying mid-week. Long-term — and she hopes TED will extend past 2015 — she said the conference will be positive for the hotel and resort.

"You can't put a dollar amount on the exposure that this will be bringing to our hotel and to Whistler, if you look at the legs this has. It's been hosted for five years at La Quinta at Palm Springs, and we've got a contract for two years, 2014 and 2015 — and we're hoping that this will be continuing for a few more years after that as well."

Barrett Fisher, president and CEO of Tourism Whistler, said Tourism Whistler provided some resources for securing the conference. Given the global reach she feels the event will be good for the resort.

"It attracts high profile, thought leaders from around the globe, and what better place to host that than Vancouver and Whistler?" she said. "It will not only attract hundreds and hundreds of participants, but it will ensure that we're on the map from a forward-thinking perspective...

"This will be a really important conference that really will align the forward thinking goals of Whistler and Vancouver as well, and we're delighted to be a host."

TEDActive will run from Mar. 17-21, 2014. March 2014 will mark the 30th anniversary for the conference series, which is gaining popularity. In November 2011, some half a billion people had viewed TED talks online; less than a year later it was over a billion.

This isn't the first time a TED event has been held here. Whistler hosted an independent TEDx event during the Winter Olympics on the issue of sustainability.

TED events bring together influential thinkers in a wide range of fields, with presenters like Microsoft founder Bill Gates, Google founders Larry Page and Sergey Brin, Nobel Prize winners in a range of fields, past president Bill Clinton, former vice-president and climate change warrior Al Gore, among others. Some 1,050 talks, many taken from the same events, are available online at www.ted.com/talks.