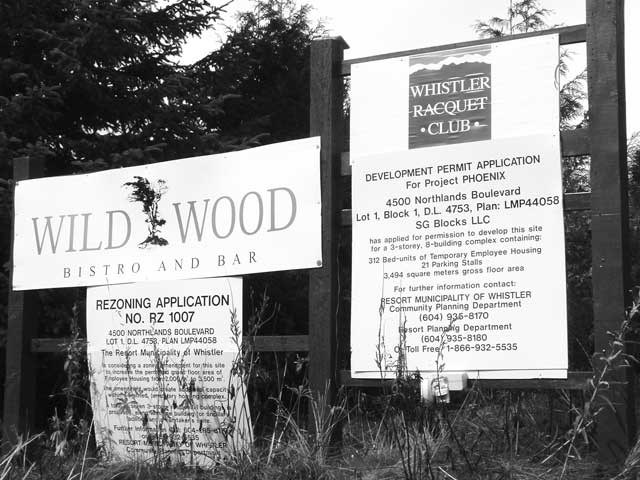 Bed Units The Phoenix housing project is still alive as proponents seek out other companies to provide temporary structures for the WHistler Village site.

The foundering Phoenix project has not yet gasped its last breath. The Phoenix Board has set a new, Sept. 22, deadline to decide whether the seasonal housing project will be carried on or scrapped.

This announcement comes two weeks after the board first revealed that former supplier SG Blocks was short $3 million and the entire project to house 308 Whistler employees was in jeopardy.

Since that time, several suppliers have offered to make the project happen. And the board wants to review the top three proposals to see if any might save the Phoenix project, said spokesperson Brian Good, who is also Whistler-Blackcomb’s general manager of employee experience.

“I have not lost hope,” said Good.

“I am encouraged by the information and the groups that have come forward in the last 10 days. I am prepared to have the same number of beds we had last year, but we are still working as hard as we can to provide these new beds to the community.

“If anything, it has made everyone realize that there is a long term need for seasonal employee beds.”

While Good would not name the three suppliers whose proposals are being reviewed, he indicated that they were all involved in the original bidding process earlier this year. He added that the board is only focusing on the top three so an educated decision can be made by the Sept. 22 deadline.

“Sept. 22 was the most time that we felt we could afford and at the same time the least amount of time we thought we needed to analyze and give new vendors an opportunity to give us thorough bids,” said Good.

Only a month ago, the non-profit project to build a temporary housing complex for seasonal workers between November 2008 and April 2010 was being heralded as a community success story. Whistler businesses had signed up for more than 500 beds, even though only 308 beds were going to be provided, and the municipality had rushed its approval process to get several key components in place.

The housing complex would have seen seven buildings made from refurbished metal shipping containers built on the Holborn site, next to the Whistler Racquet Club and the Wildwood Bar and Bistro. Rooms would rent for $650 a month.

Now that SG Blocks has been dropped from the project, the Phoenix Board is still hoping a new supplier can provide 300 beds, and the board is suggesting that the supplier will use SG Blocks’ original plans, said Good.

“We’ve got all the applications done, and a supplier’s best bet is to follow exactly what we have and that will make everything run smoother and faster,” he said.

He added that if a new supplier were chosen, occupancy in the temporary housing complex would begin no later than Dec. 1.

“At this stage, we are going to the potential suppliers with the original dates,” said Good.

“It will make a big difference in who we are picking as to how close to those deadlines they can be. I don’t think anyone has the appetite to move forward after Dec. 1. For us as a business, for example, it does not make sense.”

Businesses need at least two winter seasons, plus the Olympics in February 2010, to make their participation in the project viable. An occupancy date after Dec. 1 becomes hard to justify.

Despite the recent news on Phoenix, no businesses have dropped out and most are approaching the situation with a positive attitude, said Good.

“I was prepared to hear a lot of dejection, however I think people are just hopeful that we can pull this together,” said Good.

He added, however, that he does not want to give false hope to local businesses.

“I still want to be conservative with expectations, and I don’t want to have the community or the businesses get too excited till we say it is time,” said Good.

“We will be able to tell you more probably later in the week.”

The Phoenix Board is communicating with businesses on an ongoing basis, and if a decision is made to cancel the project, those participating businesses will receive a full refund of their deposit.

Also, the Phoenix Board has separated entirely from the Whistler Chamber of Commerce. The current board is composed of representatives from Whistler-Blackcomb, small and medium-sized businesses, the Resort Municipality of Whistle and the Whistler Housing Authority.

Louise Lundy also officially left her position with both the chamber and the Phoenix Board on Friday, Aug. 29. The reason for her departure was not related to the recent complications with the Phoenix Board.

Good stressed that Lundy was a driving force throughout the project, and the board wishes her all the best.

“I don’t want anyone to forget that Louise Lundy did an amazing job of getting us all together and driving this project,” said Good.

“She was leaving her post long before any of this complication happened, just through her own timing and personal wishes.”