Tensions boil over at council meeting 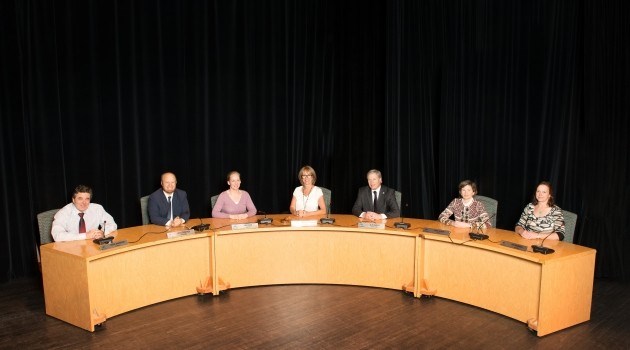 Generally speaking, municipal budgets tend to be rather dull for everyone but the most hardcore politicos. At Tuesday’s meeting of council, Whistler’s elected officials proved the exception to the rule.

Tensions boiled over around the council table in the midst of a discussion that has historically served as a routine endorsement of the municipal budget, giving staff the greenlight to prepare the RMOW’s Five-Year Financial Plan bylaw for adoption.

The debate started with an 11th-hour amendment by Coun. Jen Ford to remove several big-ticket items from the books: $300,000 for the continuation of the Gateway Loop project that was over the original budget; a $1.2-million renovation of Meadow Park Sports Centre’s cardio room (which could potentially be funded in part by a $600,000 anonymous donation the municipality is working to secure); and the $2.7-million for the artificial turf-field in Bayly Park, which sparked further discussion over the merits of the polarizing project.

“People are divided on this decision, given the cost of it,” she said. “We’re not that far down the road, we haven’t spent a lot of money on it yet, and I would rather save $2.7 million than spend what we’ll spend on it to find out it’s not what we want.”

Couns. John Grills and Jack Crompton both expressed their support for the project, as did Mayor Nancy Wilhelm-Morden.

“It has just kind of boggled my mind that there are people opposed to spending money that we have. We have ample reserves, and we’re not choosing turf over housing — that’s a facetious argument,” she said, pointing to the field’s “obvious benefit” to the community.

This appeared to frustrate Coun. Sue Maxwell, who interjected with a lengthy criticism of the RMOW’s budgeting process, kicking off a heated debate that lasted for more than 30 minutes.

“We’ve been spending a lot in these many past years. Maybe some of it is legitimate. We definitely needed to replace the Alpine water system,” she said. “But at the last council meeting of the (previous) council, there was a report saying we need to develop a long-term asset management and a long-term reserve policy, and I thought that was great. But we’ve been on council now for three-and-a-half years, where is it? Every year —”

Maxwell was then cut short by the mayor, who defended the municipality’s reserve policy.

“We’ve got a long-term reserve policy and it was adopted in 2013 and it goes until 2065,” Wilhelm-Morden said, over crosstalk from Maxwell.

Maxwell, in turn, criticized what she perceived as a lack of action on the actual policy implementation of the reserve strategy, claiming the RMOW doesn’t take a long enough view in its budgeting process.

“In general, we only budget for a couple years out and we’re not having a full concept of what’s in our file, and sometimes that’s because, today, we’re doing a lot of exploratory projects, feasibility studies, which means we don’t know what those costs are,” she said. “That means we’re depleting our reserves, and we are handcuffing future councils from being able to do future projects.”

A waste management specialist, Maxwell also called the RMOW out for dragging its feet on promised green initiatives, such as the formation of a zero-waste committee that was approved seven months ago.

“We can’t do that because we don’t have staff people. Yet we’re going to approve an artificial turf field that’s going to cost millions of dollars,” she said. “That’s a staff person. That’s a person who is not working on something else. So, I’m sorry, but this is a terrible project, and we have the worst possible process for doing our budget. It’s insane.”

At one point, Maxwell introduced a motion requesting 11 additional amendments to the budget bylaw, as a way, in part, to show “the fallacy in how little we discuss (the budget) as a council,” she said. “There’s never time on the agenda. There’s not the proper structure. If we were going to do this properly, we’d start earlier.”

Both Grills and CAO Mike Furey defended municipal staff’s work on the budget, with the latter questioning why Maxwell chose to register her dismay so late in the process.

“It’s disappointing in staff’s view that you’re bringing up questions on the budget process given that we’ve been following this same procedure for the last four years, and now we’re at the point of having approval for the budget for this coming year, and you’ve recognized that the process is not one you’re supportive of,” Furey said.

In defence, Maxwell said she has raised her concerns on multiple occasions behind closed doors.

“I’m very sorry if you in no way understood any of my questions in the past four years, and my concerns about the budget,” she said, addressing Furey directly, “which have been raised at previous meetings, and which, unfortunately, are rarely in open meetings that are accountable and recorded.”

A condensed version of this story will appear in Pique's print edition on Thursday, March 8.