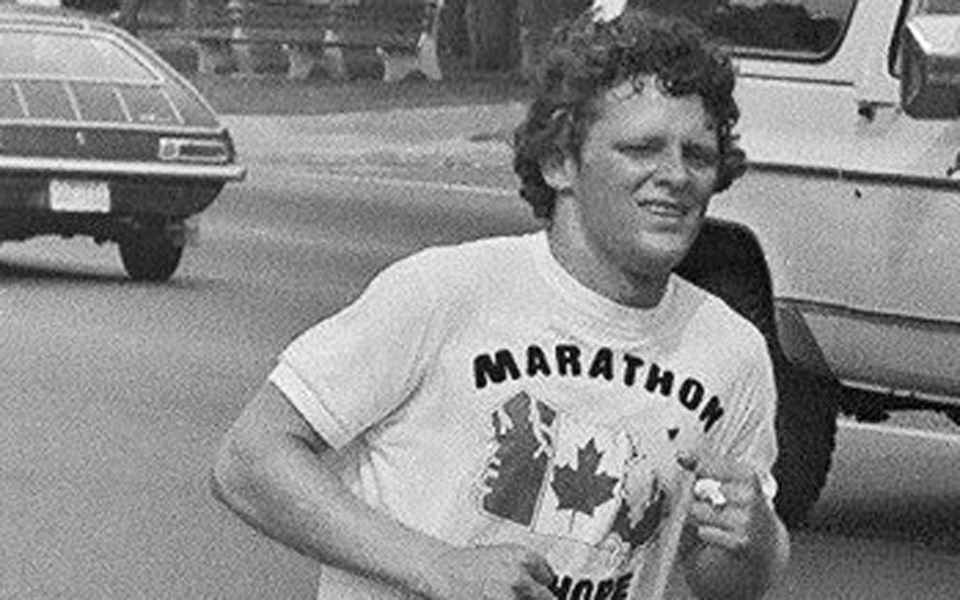 Terry Fox on his Marathon of Hope in 1980. Photo by Jeremy Gilbert/Wikimedia Commons

Acting in the name of safety and health has been at the forefront throughout 2020, but the dialogue has been focused on the ongoing COVID-19 pandemic.

However, Paralympic snowboarder John Leslie is providing a reminder that cancer still affects millions of Canadians a year and is hosting a physically distanced fundraiser for the Terry Fox Foundation at RMU Whistler in the Le Chamois Hotel tonight (Sept. 10) starting at 6 p.m. There will be live music and all proceeds from A-Frame Brewing beer sales will be donated to the foundation.

Leslie lost a portion of his left leg to osteosarcoma, the same aggressive bone cancer that Fox had, and went on to compete at the Paralympic Games in both 2014 and 2018.

“I directly benefitted from the Terry Fox Foundation,” Leslie said. “We can make the process, the treatment and the recovery a lot better for people. When you think about Terry Fox, his experience with cancer, and when I went through treatment almost 30 years later and now we’re 40 years later, the advancement in the technology and the treatment [is clear.]”

Ultimately, Leslie hopes that with more research, those who have osteosarcoma can beat it without losing a limb.

For more on Leslie and local efforts to hold this year’s Terry Fox Run virtually, pick up Pique on Sept. 17.