In celebration of national Parks Day on July 21 st , the Whistler Naturalists present the first annual Alpies (named for our alpine parks, not the dog food).
Jul 20, 2007 2:57 AM By: Bob Brett 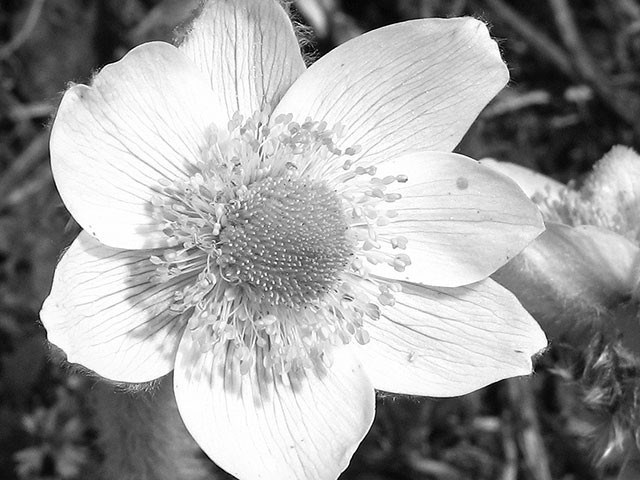 In celebration of national Parks Day on July 21 st , the Whistler Naturalists present the first annual Alpies (named for our alpine parks, not the dog food).

Best Extreme Make-Over : Western anemone confuses alpine hikers each year with its almost instant transformation from a demure white flower at the edge of receding snowbanks to a shock-haired seedhead. You be the judge of whether the makeover is an improvement.

Best Impersonation of a Couch Potato : We’ve all had roommates or even spouses who melt into their couches, seemingly for weeks at a time. They’ve got nothing on marmots who hibernate each winter for seven or more months straight. After working so hard to pack on the fat during the brief alpine summer, who could blame them? (The marmots, that is.)

Best Corporate Merger . If you think the last Whistler-Blackcomb merger of 1997 was big, you should have been here for the first one. According to Jack Souther, Blackcomb was once a mass of hot rock deep in the earth’s crust, while Whistler formed somewhere in what’s now the Pacific Ocean. Some 60 million years ago , tectonic movement brought the two together.

Evidence of the first merger includes the different rocks found on Blackcomb (granitic) and Whistler ( marine sedimentar y and volcanic) , and the fault along Fitzsimmons Creek Valley. Rumour has it some crotchety mountain staff on both sides regret plate tectonics couldn’t work in reverse .

Best Impersonation of a Green Vegetable : Tree ID not your strength? Here’s a quick way to identify one species. Next time you’re riding a chairlift near treeline, look for a tree whose outline looks remarkably similar to a giant broccoli. It will be a whitebark pine, one of 17 different tree species in Whistler. (Not that you’d know from the real-estate ads that recycle the phrase “Nestled among majestic pines…” The trees surrounding most Whistler real estate may be majestic, but they’re seldom pines.)

Best Neighbour : Garibaldi Park. With all the ATVs and Hummers and dirt bikes and four-star hotels and unreality of living in our tiny perfect mountain town, it sure is nice to know we have almost 200,000 hectares of Garibaldi Park wilderness bounding us all along our eastern border. How many neighbours are so unassumingly spectacular?

Best Use of a Shoestring: Over 12 per cent of B.C.’s area is protected in parks. Total budget to maintain and operate them? Less than $50 million, or approximately one-tenth of one per cent of the total B.C. Government spending for 2007. No wonder it’s hard to find a park ranger, or why interpretive programs don’t exist except where volunteer naturalists have stepped forward.

Best Thing to do on Parks Day : On July 21 st , get outside and join Canadians as they celebrate parks from coast to coast to coast (see www.parksday.ca ). Whistler is incredibly blessed with lots of Provincial Parks to choose from. Favourite accesses to Garibaldi Park include Cheakamus Lake, Singing Pass, and Wedgemount. Plus, there’s Callaghan Lake Park high on the other side of the valley and, lower down, Brandywine Falls and Nairn Falls. See you out there.

Celebrate Canada’s Parks Day with the Whistler Naturalists. This moderately strenuous hike will go from the Rendezvous on Blackcomb out to Decker Mountain. You’ll need warm, waterproof clothing, good shoes, food and something to drink. Meet at the base of the Wizard chairlift at 9:45 a.m. sharp. There are a limited number of lift tickets (courtesy of Whistler-Blackcomb) available to members of the Whistler Naturalists. NB: winter staff passes do not appear to work on Blackcomb. For information, contact Bob Brett (604-932-8900; Bob@SnowlineResearch.ca).