The first of Whistler's Spearhead Huts is taking bookings 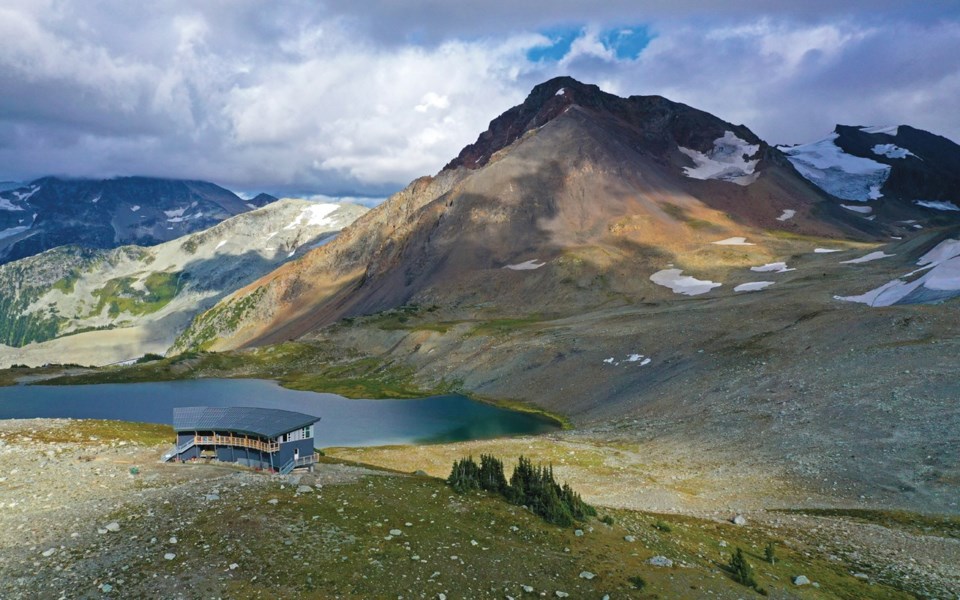 opening day As of Sept. 7, the Kees and Claire Hut—the first of three scheduled huts to be built along the Spearhead Range—will be accepting guests, providing easier access to the backcountry. photo submitted

the long-awaited Kees and Claire Hut is open for business.

The non-profit Spearhead Huts Society (SHS)—which aims to build three such huts along the iconic Spearhead Range—has begun accepting bookings from the public for the hut, which opens on Saturday, Sept. 7.

And according to Matt Gunn, a volunteer with the organization, SHS volunteers have been working down to the line to get it open.

"I was up there on the weekend, and there were still people putting the finishing touches for [Sept. 7]," he said. "There are still people working there right now."

While people on the SHS mailing list were given the ability to book a bed at an earlier date, Gunn said there is still plenty of occupancy available.

"There has been lots of interest in the weekends [during peak winter months], but there is still lots of dates for the weekdays," he noted.

A night at the hut will cost $45 a night to the general public, with a $15 discount for children under 14 years old. Members of the Alpine Club of Canada's (ACC) Vancouver and Whistler sections and the British Columbia Mountaineering Club pay $30 a night.

The Kees and Claire Hut—which has 38 sleeping spaces in total—comes loaded with gear that will allow hikers and ski tourers to travel light.

These include equipment for cooking and dining, such as pots, plates, utensils, mugs, glasses, coffeemakers and teapots.

When asked about the nightly booking rates, Gunn said the hut is built to an extremely high standard, with advanced technology that includes a waste disposal system that will allow solid waste to be separated from urine (making it easy to transport out of the sensitive environment).

"That design element isn't as cheap as just putting in an outhouse, but over time it's going to maintain a quality experience for people who are visiting the area," said Gunn, later adding that the rates are based on national rates for other ACC huts.

Moreover, it's a beautiful facility with a well-designed communal space and bunk areas, said Gunn.

"I think that when people get out there and spend a night in the hut they're going to see where the value is," he said.

Revenue generated from the hut will go towards additional improvements—such as solar energy and water-collection systems—as well as the construction of the two additional huts planned for the system.

Construction of the Kees and Claire hut has been a massive, volunteer-driven undertaking that has involved a significant degree of coordinating with the province as well as Whistler Blackcomb.

Gunn said that once the public sees it, all that work will be palpable.

"I think that as people start to visit the hut they are going to recognize what a great job the volunteers have done," he said, adding a shout-out to the project's donors as well.

A grand opening ceremony for the Kees and Claire Hut is planned for Sept. 21, with a celebration event planned for that evening at the Whistler Conference Centre.

Event tickets are $20 and can be purchased at eventbrite.com. All proceeds from the evening will support the Spearhead Huts Society.

To book a bed in the hut, go to spearheadhuts.org/reservations.