Creditors will vote on whether to allow media access to first meeting at UBC Robson Square on June 6
Jun 2, 2017 8:30 AM By: Cathryn Atkinson 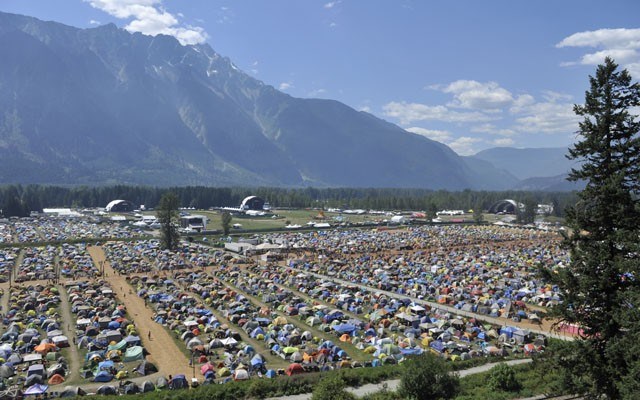 Any unsecured creditor who lost money following the bankruptcy of Pemberton Music Festival LP, including ticket holders, will be allowed to attend the first creditors’ meeting on Tuesday, June 6 in Vancouver.

In total, $8.225 million is owed to ticketholders, which represents thousands of music fans who paid between $299 and $1,799 for each ticket. This is the largest category out of $13.17 million in unsecured claims.

In all, there are 119 unsecured creditors — many being businesses and services located in Pemberton, Whistler and Squamish, while others are located in the U.S. and elsewhere in Canada.

Those out of pocket include service and equipment rentals, media companies, food suppliers, Pemberton farms and hotels, Revenue Canada, Telus, and BC Hydro.

Kevin Brennan of trustee Ernst & Young said creditors who attend will also vote on whether or not to allow media access during the meeting, which takes place at 10 a.m. at HSBC Hall C.680, at the University of British Columbia campus at Robson Square.

“The way it works is that they vote based on dollars (owed to them). It’s really determined by the Office of the Superintendent of Bankruptcy Canada, who will be chairing the meeting, and they will decide on the protocol for the calling of the motion,” Brennan said.

“And then everybody will vote based on dollars.”

He described this as a normal resolution that would take place at the start of the meeting.

Ernst & Young’s notice for the meeting stated that: “To be entitled to vote at the meeting, a creditor must lodge with the trustee, before the meeting, a proof of claim and, where necessary, a proxy.”

Brennan said he had no idea of how many creditors will attend.

“(Ticket holders) would be (allowed to attend), sure, if they choose to. You never know (how many will attend) and that’s the problem. We’ve got the room at Robson Square that is slightly bigger than what we could accommodate in our office,” Brennan said.

“We’ll see how it goes. Sometimes we have these creditors meetings that we expect will be somewhat contentious and absolutely nobody shows up, other times it is pretty run-of-the-mill and you get a good following. It’s uncertain.”

Secured creditor 1644609 Alberta Ltd., which is owed $1,504,200 will not be granted a vote, according to Brennan. Secured creditors will be the first paid for their losses following the collapse of the festival.

“(Secured creditors) can attend the meeting, but they can’t vote,” he added.

However, Janspec Holdings, which as a secured creditor is owed $2,070,000, is also an unsecured creditor, owed $227,228.25, and will be allowed to vote at the meeting based on this loss, Brennan confirmed.