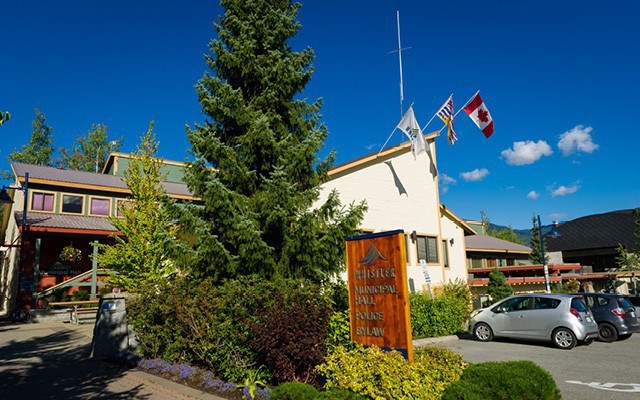 The Resort Municipality of Whistler (RMOW) will raise solid waste tipping fees at the Whistler Transfer Station after elected officials approved the proposed hikes at Tuesday's meeting of council.

The increase in fees, which have remained unchanged since 2008, is intended to keep pace with neighbouring jurisdictions and climbing waste disposal costs, according to the municipality.

The District of Squamish recently raised tipping fees at its landfill, pushing Whistler to follow suit in order to "avoid people driving up and down the highway to dispose of their solid waste" to save a buck, explained GM of infrastructure services James Hallisey.

The RMOW has also felt the pressure with recent changes to how certain materials are disposed of, upping costs. Recycling operations in Vancouver, for instance, have "significantly increased" their fees to dispose of drywall, or gypsum board, thanks to new regulations handed down by the Workers' Compensation Board of B.C. Whistler's tipping fee for drywall is now set at $290 a tonne, compared to $200 previously.

The RMOW is also clamping down on mixed waste, instituting a new $260 fee per tonne for garbage loads made up of 25 per cent or more recyclables.

"We intend to revise that (recycling percentage) downwards over several years to make it more stringent," Hallisey said.

Among the other changes is a new minimum charge of $5 per vehicle to drop off waste at the transfer station; a $10 increase to the tipping fee for regular garbage (including construction waste) to $130/tonne; and a $10 charge to dispose of mattresses. Disposing of car tires will also now cost you $8 per tire, up from $3.50, or $25 for a tire with a rim.

Recyclables remain free to dispose of, while the fee to dump organics will stay at $75/tonne — a move that the RMOW hopes will encourage more diversion of food waste.

RMOW to hand out $123K in community enrichment grants this year

Municipal council was in the giving mood this week, announcing more than $123,000 in grants to local non-profits through its Community Enrichment Program.

"It's wonderful to see these presentations and really get a glimpse into what the not-for-profit, volunteer side of our community is up to," said Mayor Nancy Wilhelm-Morden. "We're very pleased to hand out these grants."

Council provides grants to local non-profits that contribute to the general interest and advantage of the municipality on a yearly basis. Last year, $155,000 was doled out to 29 organizations.

Council votes to expand membership of Rec and Leisure committee

The municipality's Recreation and Leisure Advisory Committee (RLAC) just got a little bigger.

Council voted to increase membership in the group by up to three community members to better enable participation and help stagger voting terms.

"There's a limit on the number of terms you can have, and we didn't want to lose the whole RLAC group in one year, so we brought more members on," explained Wilhelm-Morden.

The maximum number of consecutive two-year terms a member can be appointed to was also reduced from three to two.

The committee was formed to advise staff and council on indoor and outdoor recreation and leisure opportunities, services and issues in the resort. It contains representation from the community, Tourism Whistler, School District 48 and council.