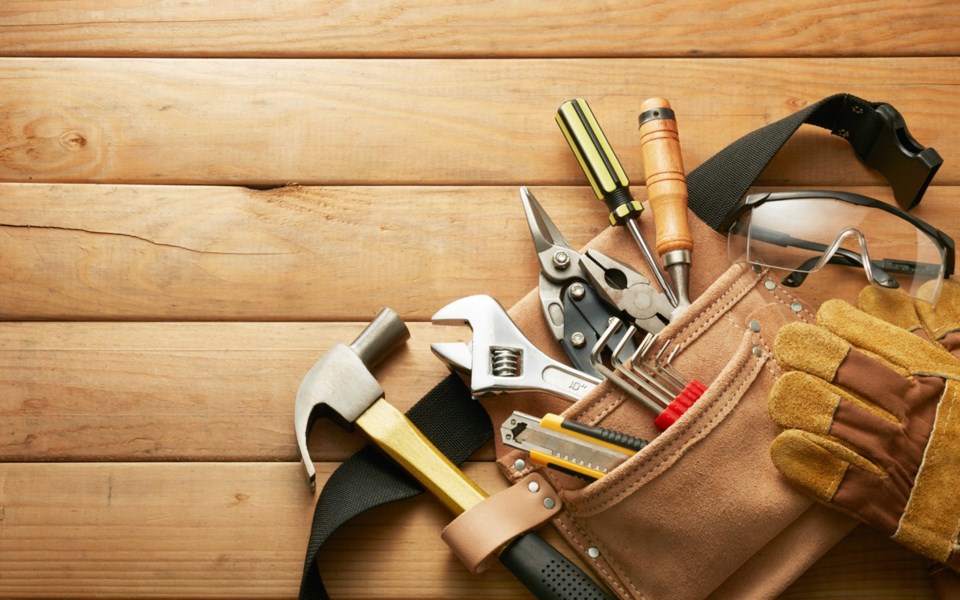 TOOL TIME For the past year, staff at the Re-Build-it and Re-Use-It centres have been putting aside donated tools for the library. PHOT SUBMITTED

Whistler is getting its very own tool library. Set to open next month, the library will be managed by the Whistler Community Services Society (WCSS) and will offer a wide range of hand tools for loan, from table saws and screwdrivers to everything you need to take care of your bikes and skis.

"We're trying to use resources more efficiently an effectively," explained Re-Build-It Centre manager Lori Pyne, who is leading the project.

"Instead of purchasing tools for a one-time use, we're trying to (encourage people to) use them more effectively and let everyone use them."

An annual tool library membership will cost $50, and tools will be lent out for between three and seven days.

Certain tools, such as skill saws and power tools, will be subject to a small charge to cover maintenance costs.

For the past year, staff at the Re-Build-It and Re-Use-It centres have been putting aside donated tools for the library, explained Pyne. And in addition to what's been collected, the WCSS has purchased a set of Makita power tools to bolster the library's inventory.

The focus of the library is on do-it-yourself projects, so the library won't be offering more specialized, industrial-type items, like cement mixers.

"We're not doing things like jackhammers to shred up your driveway. We're not in competition with Sabre (Rentals Ltd.)," explained Pyne who feels that the tool library will be a great addition to the community, as Whistlerites are often limited in terms of space to store tools as well as their access to them.

"If you've got an Australian girl coming up and she's got three roommates now and she wants to put up a shelf, she can just come here, borrow (an electric drill), and then put up her shelf."

The tool library is being supported by the Resort Municipality of Whistler (RMOW), which granted the library $6,000 in 2017 through a community enrichment grant, though the grant was not collected in the fiscal year and the WCSS will have to request that it be deferred.

"It provides access at a reasonable cost to equipment that people can use for maintaining their homes, or use in their yards or gardens, or tools to help repair their bicycles. It really does go to affordability," said Whistler Mayor Nancy Wilhelm-Morden, voicing her support for the project.

"We have a significant component of people here for a relatively short period of time, so if you need something to repair your bike, you're not necessarily going to go out and purchase that tool.

"Plus there are lots of families who are struggling with affordability issues. If they need a skill saw or something like that, they're not about to go out and buy one, but if they can rent one for a reasonable price it makes a lot of sense."

This type of library has taken off in popularity in recent years, with over 150 now in operation across North America, according to Pyne. The Vancouver Tool Library, which operates on a cooperative model, now boasts over 1,000 tools in its inventory.

Moreover, just north of Whistler, the Pemberton Tool Library (PTL) has cemented itself as an important fixture in the community in a few short years-it now boasts over 80 members.

The group was launched by members of the Pemberton Valley Men's Shed Society (PVMSS) in 2015 and now offers access to over 450 tools, with a rough estimated value of $30,000.

Membership costs $40 for the general public and $20 for members of either the PVMSS or the Pemberton Valley Senior's Society.

"We're going to do some culling at the moment, because we don't really have space for everything," explained Derek Walton, chair of the PVMSS.

The PTL operates as a non-profit and has benefited from the generous support of Squamish Savings, said Walton.

"It cost us money, so we've had funds to keep us going, and to pay someone to help run it for the last couple of years," he said.

According to Walton, the library's is pursuing a volunteer, rather than a cooperative model of governance, in order to achieve long-term sustainability.

The PTL will therefore be offering training opportunities for interested parties this summer and fall.

The training is pretty straight forward, as much of the inventory is managed through sophisticated software that tracks it and sends reminders to borrowers, he added.

"The administration isn't so bad, because all of that day-to-day stuff is done automatically by the software," he said.

So how has the reception to the tool library been so far?

If you're interested in volunteering or donating to Whistler's tool shed, you can reach Pyne directly by email at rebuildit@mywcss.org