Toronto snowboarder ‘thankful for everyone’ after backcountry rescue

Anthony Lee says the thought of his children kept him going while stranded overnight
Feb 26, 2014 9:10 AM By: Brandon Barrett 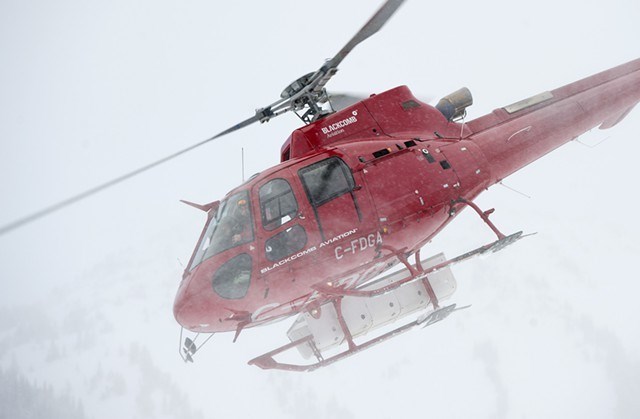 When 33-year-old Anthony Lee was stranded in the frigid backcountry overnight Tuesday, Feb. 25, the thought of his two young children kept him holding on to hope.

"I knew (rescue crews) don't do searches at night, so all I had to do was think about staying warm and holding on as long as possible thinking about my kids," said Lee from his hotel room. His children are three months and 17 months old. "They were the ones that kept me positive and kept me going."

The Torontonian was rescued Wednesday after he was separated from his ski buddy and reported missing around 5 p.m. the previous night after failing to return to his hotel room. The boarder went missing somewhere between the top of the Cakehole and the west shoulder of Whistler, heading down toward Cheakamus Lake.

Whistler Search and Rescue (WSAR) used ground crews on skis and snowmobiles, and a helicopter focused on the south side of Whistler Mountain to find the missing man. After three hours searching by air, Lee was found walking through the Cheakamus River. He was taken to Whistler Health Clinic for treatment and is currently in good condition.

"Given that he had opted for the river he probably wasn't far from (hypothermia) — that happens quite quickly once you decide to do that," said WSAR search manager Brad Sills. "It is a very good ending. Whenever you get into three hours of aerial searching you begin to get concerned that the person is going to be difficult to find, but he made his way to the river and was found there."

Lee said he hadn't consulted a map before his backcountry excursion, and as a result "had no idea where to go." He said he trekked to the river because he thought it was his best chance of being found.

With only his snowboard and the clothes on his back, Lee said he drank creek water and ate snow throughout the night to fight thirst. The harrowing experience was an eye-opener for the new father.

"I don't know if I'm going to go boarding ever again. It's a great sport but I didn't know it could get so dangerous. I just recently had two kids so I don't really want to endanger myself," he said.

"I didn't think I was ever going to get lost."

The search was a challenge for WSAR personnel because of a high risk of avalanche on Whistler Mountain. Rapid warming and direct sun had triggered widespread loose dry avalanches and a few deep slabs up to Size 3 Tuesday. Those on the slopes were being warned to be cautious on solar exposed slopes. Natural and skier triggered high consequence avalanches are possible.

The rescued boarder was understandably grateful for not only the WSAR and medical staff that came to his assistance, but the Whistler community at large.

"The Whistler Search and Rescue team is world class, they knew what they're doing. I'm very thankful and very lucky for that. Also the people at the hospital knew everything I needed, so I want to thank them for all their hard work as well," Lee said, before extending his thanks further.

"A lot of people in Whistler had already heard about the story and they all have been very nice about me getting found. I guess I'm just thankful for everyone."

With files from Clare Ogilvie