Business consultant and author of Be Different or Be Dead to speak at chamber meeting
May 8, 2009 8:08 AM By: Andrew Mitchell 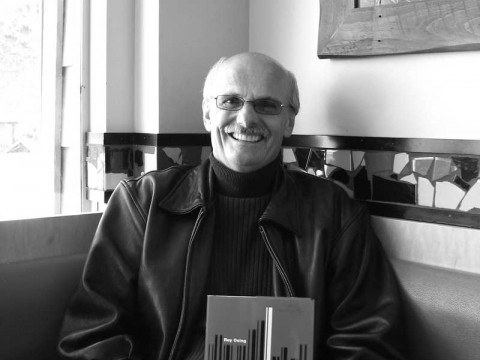 By his own admission Roy Osing can be a difficult customer.

When something goes wrong - and nobody is perfect - his inner teacher comes out. Rather than look the other way or register a complaint and move on, he feels compelled to explain exactly what went wrong, how the incident should have been dealt with, and how he would do things differently in the future. Getting people to think differently is what he does.

On Thursday, May 14, Osing is the featured speaker at a special breakfast event held by the Whistler Chamber of Commerce and Telus. A much sought after speaker and business consultant, Osing recently published his first book, called Be Different of Be Dead: Your Business Survival Guide , to share his observations on what makes businesses successful, while giving practical, "proven" advice on how to turn small, medium and large companies around. The book is dense with test cases and business examples, decades of collected research and market data, and Osing's always to-the-point narrative.

His timing couldn't be better. When he started the book the world's economy was booming and businesses were looking at ways to differentiate themselves in a crowded market. As he was putting the finishing touches on the book the global economy took a nosedive, something he says has made his book even more relevant for businesses that suddenly need to differentiate themselves to survive.

"It was written pre-crisis for the most part, and in that sense I guess you could say I'm a fortunate victim of the recession," he said, shaking his head while sipping his Esquires coffee. "The companies that survive this recession are the ones that can think a little differently, and really set themselves apart. This is exactly the kind of life and death situation this book was written for."

Osing was the former vice president of marketing for B.C. Telecom, and after the merger with Telus he was kept on as chief marketing officer. He moved into the position of president of Telus Advanced Communications until 2000, when he left to establish his consulting business, Brilliance for Business.

His plainspoken and practical advice, combined with his enthusiasm for his subject, attracted a lot of attention, and he soon found himself speaking before larger and larger audiences. He wasn't planning on writing a book until he became inundated with requests to start providing handouts at his speaking engagements, and when he started to go through his research and his presentations to oblige those requests he realized there was enough material for a book - two books actually, as Osing decided that a few chapters of Be Different required a lot more depth.

From the start, however, he always viewed the book as a starting point for a wider Be Different community that would meet online on his website, Bedifferentorbedead.com. Through his online presence he encourages businesses to share their success stories, collects research and examples to share with others, and provides new insights and observations related to his business philosophies. He also has an online quiz for business owners, and a section where people can ask him for advice.

"This whole journey to be different can't be captured in a single book, it's really more of a living organism," he said. "Over time as people implement the concepts (from the book) I'll recognize more businesses and companies that put into place what I consider to be awesome Be Different practices."

The book isn't specific to any one type of business, but touches on everything from companies in the service industry with a handful of employees to large corporations with thousands on the payroll. The principles apply equally, Osing says, and you can read the book straight through or pick the chapters that apply to you. There are five major sections to the book with at least 10 chapters in each, with titles like Benchmarking: A Be Different Enemy, Cut The Crap, and Customer Learning: Beyond Market Research.

Osing's book has a lot of real world examples, and a few are from his personal experiences in Whistler.

While the resort has never won a service award he says he has never had a horrendous service experience here, but he gives especially high marks to the Fairmont Chateau Whistler for thinking differently in general, and to the Spaghetti Factory for their amazing service recovery, turning a simple mistake into a success story that Osing says he's told to a thousand people.

There isn't enough space in this paper to touch on all the ideas Osing put forward in 45-minute interview, but if you listen it's easy to pick up on a few themes.

One theme is that Osing does not like discounts; he would rather see a message about value than a message about savings - not because customers don't like to save money, but because discounts don't buy loyalty. Another theme is that front-line employees should generally love people, while the staffers that don't like people should work behind the scenes - "play to your employee's strengths," he said. Another theme is that companies that don't listen to their customers will not survive.

Companies that don't focus, or who don't empower their employees to handle situations drive him nuts. He hates company rules that don't make sense, or that don't allow for exceptions. Most importantly, a company should always be good at its core business.

"For example, if you're a restaurant then you specialize in food and you have to make sure your food is good and meets what your guest expects," he said. "Then go beyond that. Satisfy them with what they get, and then blow them away with how they get it."

He has a four-part strategy for dazzling customers. The first part, as mentioned, is to put the people who "love human beings" up front. The second is to empower employees, and make sure there aren't too many rules and procedures that might constrain people-loving employees from dazzling your customers. The third is to kill all dumb rules, which Osing says is easy to do when employees are empowered. The fourth concept is service recovery, a la The Spaghetti Factory - acknowledging that mistakes happen and then going to extraordinary lengths to fix them.

"They've done studies and customer loyalty is usually far greater after a successful service recovery than if the mistake was never made at all," said Osing. "It stands out. There are lots of ways to differentiate yourself, but fixing mistakes is one way a company can really show that difference to the customer. That customer will always tell that story to their friends, and word of mouth is surprisingly powerful - especially these days with the Internet."

Telus, which is co-sponsoring Osing's breakfast appearance in Whistler, along with the Chamber of Commerce, is providing copies of Be Different or Be Dead to everyone who attends the session.

Copies of the book will also be available at Armchair Books in Whistler, as well as in book stores and libraries throughout the province and Canada. The response and reviews have been good, though the book has been out less than a month, and Osing expects to be giving a lot of presentations in the future.

"It's an idea that is catching on, that it's not the biggest or newest company that thrives in these times, it's the company that can be different, that doesn't stand still or look at things like it's business as usual," he said.