Tourism BC funding triples over two years to promote skiing 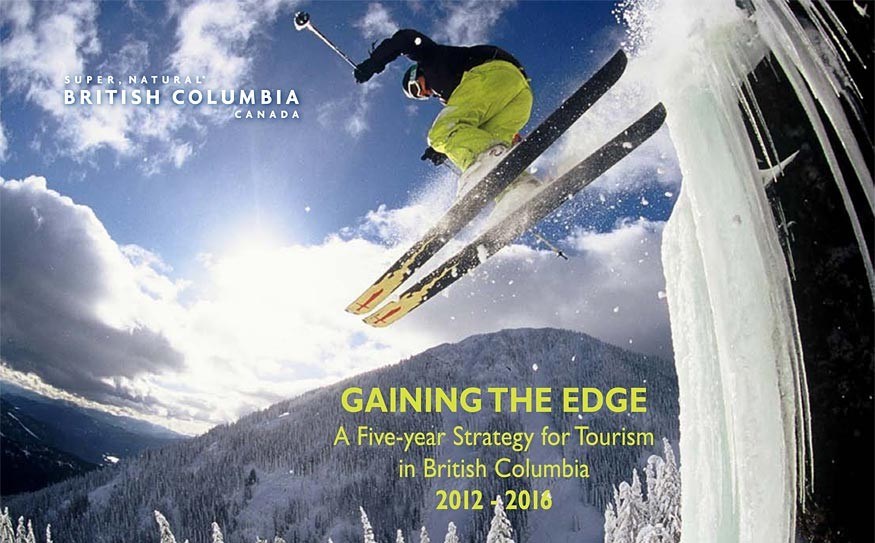 ready to launch Tourism plan by provincial government will increase funding for the promotion of the province's 13 destination ski resorts.

B.C.'s 13 destination ski resorts are joining forces and pooling resources to get the message out this year that B.C. is the best place to ski.

And government is listening.

The Ministry of Jobs, Tourism and Innovation, with help from the resorts, has tripled the marketing budget at Tourism BC from $600,000 two years ago to $1.8 million this year in an effort to mount one of the biggest province-wide ski marketing campaigns in recent years.

"It's only in the last 12 months we've got our act together," said Michael Ballingall, senior vice president at Big White Ski Resort and Silver Star resort in the Interior.

Ballingall is also chair of the BC Resorts Marketing Committee, under the Canada West Ski Areas Association (CWSAA). He was speaking from New York where, this week, he is busy selling B.C. ski holidays.

Tourism Minister Pat Bell was mum on what the campaign is going to look like, only hinting at Whistler Blackcomb figuring largely in the promotions. But he didn't mince his words when it came time to talk about taking B.C.'s six million skier visits and turning that into eight, nine or even ten million visits in the coming years.

B.C. is fourth in North America, close in line behind California and Quebec, but a long way from the 12 million skier visits in Colorado.

"I am dead serious about taking full advantage of the opportunity we have in our ski industry," said Bell.

"I wouldn't say it's business at usual at all. I think we're taking a very aggressive approach to ski. It is one of the six areas that we identified in 'Gaining the Edge' — our strategy for tourism in British Columbia — and we probably set the boldest goal of all for that one, which is to become the number one skier destination in North America, which is a significant challenge given that we're a little over half of what Colorado is right now. So we need to harness all of the horses in order to achieve that goal."

The province has committed $1.55 million this year for two campaigns to promote skiing. Add to that a quarter of a million dollars from 13 ski resorts — they were enticed to the table with the promise of matching funds from the province — and you get triple the marketing dollars this year compared to two years ago.

"If you're leveraging government dollars on a one-to-one basis then it does become compelling to participate," said David Lynn, president and CEO of the Canada West Ski Areas Association (CWSAA). "In other words, you know that each dollar you're putting in is being matched by the government and that you, with your peer group, get to direct where those dollars go, I think that made it attractive to a lot of resorts."

Collectively the resorts decided on the priority markets of California, Ontario and Washington State for the 2012/13 Experiences BC half a million dollar matching funds campaign.

Whistler Blackcomb put up the most money based on a formula that dictates the larger the resort, the higher the contribution.

When asked why Whistler Blackcomb would participate in a campaign that also promotes its competitors, senior vice president of marketing and sales Stuart Rempel said that it's about trying to drive business to the entire province.

"We can mount a campaign that is significantly larger in scope (collectively) than we can do on our own," he said.

"It's one plus one equals five."

Already the resorts have seen the impact of speaking with "one voice" to government. Their collective voice was particularly persuasive this year in getting government to reconsider the date of B.C.'s new statutory holiday. Family Day will no longer fall on an existing American long weekend, which is a busy time for B.C. ski resorts, spreading out the winter business.

"In the Thompson-Okanagan, Big White, Sun Peaks, Silverstar and Apex have been doing it for many, many years," said Ballingall, of the idea of marketing as a group. "We have found that we've been able to leverage more dollars. The Powder Highway in the Kootenays they do it. Whistler didn't have many playmates to be frank....Now that we've all turned together, the government is no dummy. They see that skiers come back. They'll go fishing. They'll come back for a summer holiday. They're a lucrative bunch to get a hold of."

Minister Bell, himself an avid skier with a place at Sun Peaks, is clear on the role Whistler Blackcomb has to play. With its two million plus skier visits, Whistler Blackcomb accounts for one-third of all skier days in the province. It is B.C.'s flagship resort.

"I think you have to promote your strongest asset base first and foremost and that means Whistler Blackcomb," he said.

He's also clear on his own role as tourism minister, and, at the request of the resorts, he is attending the Toronto Ski Show in October, where the campaign will kick off.

"We are doing a joint suite of booths," Bell explained. "B.C. will all be housed in one larger umbrella with each resort able to host its own materials and have its own presence within that broader group. We want to be seen as Ski B.C. I'm going to go and be part of that as well. The ski industry encouraged me if I was going to go anywhere this year to help support their efforts, that was probably the place to be."

The money will likely be spent more on Internet based marketing and e-marketing as opposed to traditional, and more expensive, advertising like TV.

The end goal is to grow the six million skier visits in the province.

"We're hoping to see the needle start to move out of the Americans because that market has been flat, if not dead, for a number of years," said Ballingall. "We're paying a lot of attention to Ontario. Ontario has skiers that can afford to come out west. The market there is predominately Quebec, Colorado, B.C. and Europe. So we want B.C. to be number one."

The American sell is made even harder by a dollar that's on par, unlike the dollar of a decade ago that made Canada a cheap vacation for those south of the border.

"So you better be doing something better," said Ballingall. "We think snow, and our personality, and our customer service, and the fact you're going to a foreign country, can do that."

With the existing infrastructure in the province, B.C. is poised to accommodate more guests with very little capital investment.

"There's lots of opportunity for us to steal that market away," said Bell. "The Americans are being very aggressive and I think we just need to out compete them. I know we've got the product. I think once we get people here the first time they'll be back, no question in my mind about that. So coming out of the hospitality industry, I know that when you've got a great product you just need to market it effectively and that's what we're going to try and do this year."

Direct flights from LA to Interior boon for ski business

If the provincial boost to marketing skiing in B.C. wasn't enough, Interior resorts have another reason to be optimistic for the upcoming season — new direct flights between Kelowna and L.A.

When asked what kind of impact of the United Continental and WestJet direct flights will make to the resorts, Michael Ballingall, senior vice president at Big White and Silver Star said:

"It already has (made an impact). The pre-bookings on the United direct flight are substantially above United's expectations.

"We're the closest resort (in Canada) to Los Angeles."

He used the Australian market as an example. Guests can now fly into L.A. this winter and have a Disney vacation and then fly to Kelowna in just over four hours travel time for a ski holiday.

United plans to fly a 66-person daily flight out of Kelowna to L.A. while WestJet plans to fly a 136-person flight every Saturday during the ski season.