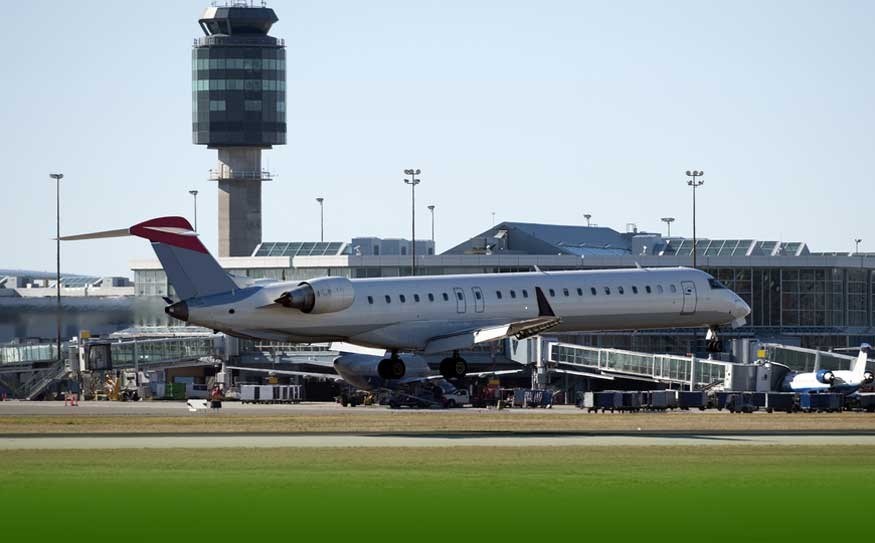 Last fall Tourism Whistler took the lead in drafting several position papers for the federal government on impediments to travel, getting as close to an immediate response at that level on two of the four main issues.

The federal government has already simplified visa restrictions for Mexican visitors to make them easier than ever to obtain, although that still falls short of the tourism industry's request to get rid of the visa requirement introduced in 2009 altogether.

The federal government has also addressed the issue of admissibility — Americans with criminal records for misdemeanor offences like driving under the influence will no longer be turned back at the border.

But while progress is being made on those issues, at least two major impediments remain; air access continues to be a challenge for various complicated reasons, and the HST (or soon to be GST) rebate program still needs work to make B.C. an attractive place to travel.

Tourism Whistler president and CEO Barrett Fisher said she is pleased by the response of federal and provincial governments to address travel impediments, while recognizing that many of the issues — particularly air access — could take years to resolve.

"(Air access) is definitely a bigger nut, it incorporates huge policy, huge legislation changes," she said. "It will require the focus and attention of the federal government, the Ministry of Transportation, the airline industry, airports, provincial governments. It gets into federal and provincial taxation, customer demand, and competitive marketplaces. It's not easily fixed."

Despite the challenge, Fisher is encouraged that stakeholders are already taking a few steps to resolve the issues. Most recently, the province of B.C. agreed to refund a two per cent jet fuel tax for international cargo and passenger flights. For larger planes, that could result in $2,000 in fuel cost savings.

"Clearly Pat Bell and the provincial government have made air access a priority for B.C.," said Fisher. "It's embedded in the provincial tourism strategy, and we at Tourism Whistler have given our support and are prepared to travel to Ottawa to meet with the federal government."

Fuel taxes are just one layer of costs that will need to be addressed, as well as taxes, airport landing fees and other costs that either cut into airline profits or raise the price of fares for travellers.

One comparison between YVR (Vancouver International Airport) and Sea-Tac Airport in Seattle, using 2008 figures, suggests that the difference in those costs is considerable.

Those numbers would be different today with the fuel tax reduction and other changes to fees.

Tourism Whistler's position paper identifies other issues with air access including the lack of Open Skies agreements with other nations, limitations on the total number of non-stop international flights landing in Canada to favour Toronto and the fact that a lot of the existing capacity is unused by Canadian airlines that own the rights to those routes.

Open Skies, according to Barrett, can make a big difference.

That protectionism over Canadian airlines is also at the root of concerns with flight limits and capacity. Currently the federal government limits the number of flights into Canada from certain markets to protect Canadian airlines that travel to those destinations. Because of Toronto's size and Air Canada's Ontario-focus, that means Toronto gets a larger number of those limited flights — despite the fact that YVR is Canada's second-busiest airport with 16.2 million passengers annually, an increase of 20 per cent since 2000.

But while international flights can be limited to and from destinations served by Canadian airlines, Canadian airlines are also making a business decision not to use all the capacity they have. Whenever that's the case, Tourism Whistler believes that the spare capacity should be opened up to other air carriers.

As a result of fees and other issues, Fisher said it can cost travellers $200 to $300 less to travel to destinations in the U.S. that compete with Whistler.

"From our perspective we need to start with the competitive marketplace," said Fisher. "If there's a consumer demand to fly to a destination — and we know from research in our target markets that there's a demand — and we find that they're stymied by the lack of direct, non-stop air access, that's a challenge for us. It's a combination of capacity with non-stop air access with pricing. Do we have competitive pricing compared to other global destinations?"

The issue of tax rebates for visitors and tour operators is simpler to resolve, but may have to wait until the province shifts back to GST/PST from HST after the Harmonized Sales Tax was struck down by referendum.

Tour operators and others can still apply for the rebate, but since 2007 it's become an "onerous process" compared to the previous system where tour operators were able to get the discount at the point of purchase.

"There's a laborious amount of paperwork, and a lot of waiting and follow-up, instead of a streamlined process at point of purchase," said Fisher.

As a result of making it more difficult to get the rebate, it also makes travel to Canada appear to be more expensive to travellers and tour operators. "We need to ensure a more competitive playing field when we look at other global destinations," she added.

Ron Howard, the MLA for Richmond Centre, is a leading advocate for making YVR competitive. Fixing the issues is complicated because most of the decisions need to be made at a federal level, but he's encouraged that the government is aware of the issues — and the opportunities.

"It starts with a firm understanding that airports are significant economic engines," he said. "You've probably heard the statistic that a single daily flight coming across the Pacific and landing at YVR would create 150 to 200 jobs right at the airport, and hundreds of other jobs indirectly — hotels, restaurants, travel agents, retailers.

"Tourism, eco tourism, cruise ships, golf — all are better serviced if air travel is easier and more affordable. More choice and lower fares is really what this is about."

As an example, Howard says the federal government's current agreement with Taiwan allows just 10 flights a week. "But I know Taiwan would like to double that."

The key is finding a solution that would increase international flights while continuing to protect Canadian airlines, that are working under a very different system than other nations. Our airlines and airports currently pay rent and for their own security and navigation systems, while in the U.S. those costs are assumed by the federal government.

"There is always some middle ground (to protect Canadian airlines) but I feel we need to make progress sooner or later. One recent thing that happened is the United Arab Emirates were looking to come to B.C., they got told no and so they went to Seattle... That cost YVR and B.C. between 20,000 and 30,000 seats a year. If we don't embrace these airlines they'll find other places to go."

Airlines are interested in the fuel tax reduction, but some have already built infrastructure in Seattle and at other competing airports.

In addition to the four impediments identified by Tourism Whistler, the organization is also working with the province to address other impediments under provincial jurisdiction — such as the Special Occasion Licenses that have come under fire recently from event producers.

As well, Fisher said that laws that mandate that some bars remove children by 8 p.m. are causing issues for visitors. "Our visitors from South America, Europe, Asia don't understand that rule because they don't have the same rule in their own countries," said Fisher. "So we have families saying, 'children have to leave, why?'"

Fisher is encouraged that the province is taking the issue seriously and hopes to see solutions in the near future. "We want to make sure liquor policy is consistent and supports tourism, while still maintaining public safety — we believe both goals can work together," she said.