Organization follows the lead of Destination BC and Destination Canada
Jan 15, 2019 1:00 AM By: Joel Barde 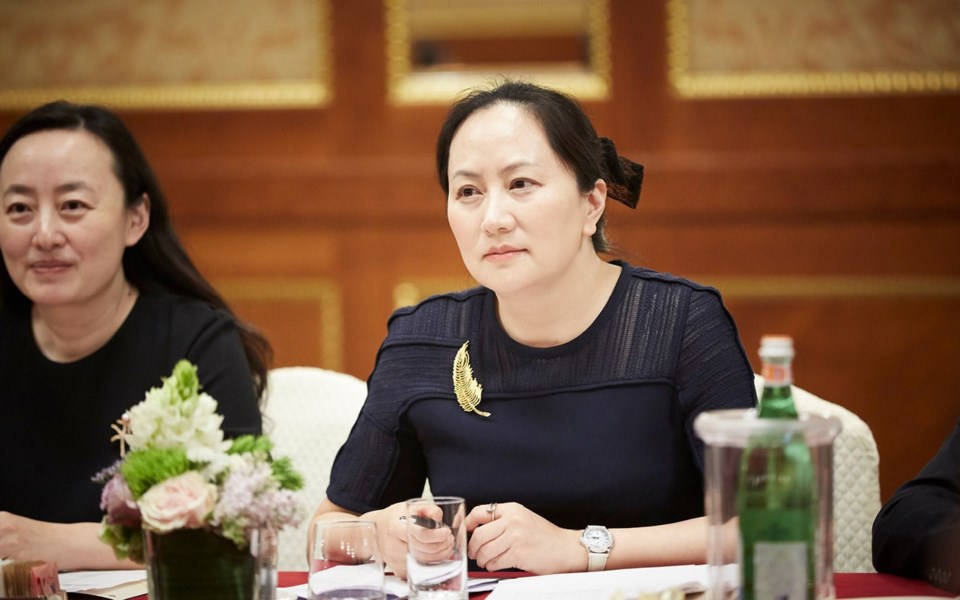 High Profile Meng Wanzhou, one of China's top telecommunications executive, was arrested on Dec. 1, 2018 by Canadian officials and now faces extradition to the U.S. The action has resulted in diplomatic tensions between Canada and China. <a href="http://www.shutterstock.com">www.shutterstock.com</a>

Tourism Whistler is pausing its marketing efforts in China amid rising tensions between Canada and China.

"We've halted them for the time being, following the lead of Destination British Columbia and Destination Canada," explained Shawna Lang, director of market development for Tourism Whistler.

Lang said Tourism Whistler's (TW) marketing efforts mostly focus on social-media postings on Chinese social-media platforms, and that the organization works closely with both destination agencies when it comes to marketing in China.

While 2018 saw some positive gains, Lang said the Chinese market has to be kept in perspective as it remains "very small" for Whistler. "It's less than one per cent of our market share year-round; it's very small," she said.

"But as skiing grows in China, leading up to the (2022 China Winter Olympics), we're seeing more and more demand for the ski market."

Lang added that Destination Canada is doing a "deep dive" into the current sentiment in China, and the organization should provide additional direction to TW by the end of the week.

The rift between the two countries traces back to the Dec. 1 arrest of Meng Wanzhou, one of China's top telecommunications executives. The chief financial officer for Huawei Technologies was arrested in Vancouver and remains there on bail pending possible extradition to the U.S. on suspicion of fraud involving American sanctions in Iran.

The rising tensions have led to questions about what it all could mean for tourism. The Liberal Party of Canada has touted the growth potential of the Chinese tourism market, with Prime Minister Justin Trudeau declaring 2018 the year of Canada-Chinese tourism.

Yet following the arrest of Wanzhou, Tourism Minister Melanie Joly announced that she would not travel to China to mark the end of the year, and Destination Canada—the national body that markets Canada abroad—halted its marketing efforts in the country.

"Destination Canada, along with co-invested partners, temporarily paused new marketing efforts in China," a spokesperson said in an emailed statement to Pique. "We're continuously assessing the market to determine when to launch new content."

What impact the tensions are having so far is difficult to say, as tourism numbers generally lag three months behind.

Yet according to Amy Hanser, a sociologist at the University of British Columbia who has studied consumption in contemporary China, the diplomatic situation has placed Canada in the uncomfortable position of being in the middle of a U.S.-China conflict.

And if Canada is identified as being oppositional—or working against China's interest—"you might expect Chinese consumers to think twice about if they (will) travel to Canada or ... buy Canadian products," explained Hanser. "There is a history of Chinese consumers (making) consumption choices based on national interests, and this is a moment in which Chinese consumers are recognizing that they are globally powerful as consumers."

According to Walt Judas—chief operating officer of the Tourism Industry Association of BC—it's "much too early" to say what the impacts will be.

Judas noted that the most recent Destination Canada statistics on Chinese tourism (which include numbers up to and including September) were positive, with arrivals for the first three quarters of 2018 up 4.9 per cent over 2017.

One concern, however, is that Canada could lose a designation that facilitates easy travel between the two countries. China granted Canada "approved destination status" back in 2009, giving Canada the ability to market "deliberately and effectively" in China, said Judas.

The status also led many more airlines to offer flights between the two countries, he added.

"I would expect that if you took that away, a number of those airlines would back away," he said.

Judas said it makes sense for organizations like Destination Canada, Destination BC and TW to pause marketing efforts at this moment, as it is a sound "precautionary measure" to take.

"It's not a forever thing, obviously," he said.