She calls herself an "eternal optimist" and in many ways, as president and CEO of Tourism Whistler, Barrett Fisher has to be optimistic.
Aug 7, 2009 8:37 AM By: Pique Newsmagazine Staff 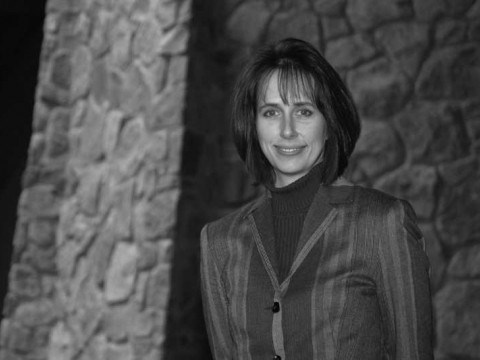 She calls herself an "eternal optimist" and in many ways, as president and CEO of Tourism Whistler, Barrett Fisher has to be optimistic. Since she took the helm of the organization six years ago, she has weathered the gamut of crises: SARS, airline woes, security issues, border hassles, high gas prices and more recently, the crash of the U.S. economy and the ensuing global economic downturn.

It hasn't been all doom and gloom, says Fisher. Three years ago Whistler came within a hair of meeting the same numbers as its banner 2000-01 year.

But now the resort is holding its breath in collective anticipation of meeting perhaps its biggest challenge to date: trying to get people to the resort in the months surrounding the Olympic Games (also known as combating Olympic aversion), as well as enticing them here in the midst of a global recession. In the first of a two-part interview, Barrett Fisher speaks to Pique's Alison Taylor about how Tourism Whistler has been preparing for the 2009-2010 season.

Pique: How important is Tourism Whistler's work on Olympic aversion?

BF: I would say that every year for the last five has posed a new challenge. We believed as an organization that 2008-09 was going to be the tough economy year and 09-10 is going to be the tough year due to Olympic aversion. We also believe that the economy is going to factor in to that. So we believe we've got a double whammy of Olympic aversion and economic aversion. So how important is it? It is probably a dual priority looking at 09-2010 with the one priority being to bust any myths about why people shouldn't travel here and then the other 50 per cent of our time is: how do we maximize and leverage all the media that are coming before, during and post Games?

Pique: You've been working on combating aversion already. Have you monitored the success of that work?

BF: We've done a variety of initiatives. Probably the first initiative that we did was back in early 2008 where we started to create a Frequently Asked Questions communiqué and we posted it on our website. (It answered questions like:) Can I travel to Whistler? Will there be skiing and snowboarding leading up to the Games, during Games time? Will there be accommodation available? Will I be able to book?... We recognized that there were these myths... The Q & A was really more targeted at an external audience....

We also needed an internal piece and so that's when we came out with a little postcard that was called "The Truth About 2010."... So it was really about understanding what were the concerns, what were the challenges, what were the facts, what were the realities, and how do we communicate that best to our customers, to our tour operators and to our in-resort visitors.

So then to your question, how effective has it been? Well I think we know with any communication it's an ongoing process so I think what we've found is we have created some tools that have not only assisted Tourism Whistler in getting the message out but it's assisted our membership in getting the message out. It's assisted our front desk service people at the hotels, the restaurants, the retailers, who have copies of the Q & A, access to our website, copies of the postcard, and so it certainly doesn't ensure that the communication is 100 per cent but it certainly has improved the education and provided our front desk people with the tools that they need to educate our guests.... Do we know who still doesn't know? Well, it's hard to gauge that... I think we just want to make sure that we have the portals available and the appropriate information to assist people.

How has Tourism Whistler maximized the media exposure related to the Games?

I would say that because of the learning we've garnered from other Games destinations, it has assisted us in getting all of our core messages about busting myths and the reality of 2010 - that we're not under construction, it's not too busy, we do have good value for money, we are open for business - that has allowed us to get that message out there far and wide.

In every single case, the one message that came out was: if we could go back and do it all over again, we would have started sooner, we just didn't know until it was too late. So I think that's the one key that we have been setting the groundwork for and... that has been a big part of the pre-message that the communications team has been working on.

(Fisher points to a range of articles as examples: 'Don't let the Olympics scare you off,' and 'Hopes Games bonanza won't deter tourists,' and 'There'll be plenty of room - and a warm welcome - for Aussie skiers at Canada's Whistler resort, despite the Winter Olympics.')

Do you think your familiarization trips with international tour operators every year for the past three have been successful?

BF: We have built some excellent relationships with all of our key tour operators in all of our international markets. And we created this program that was really about inviting our top clients to Whistler three years in a row and that was through the bronze, silver and gold medal familiarization tours... to ensure that all of our top producers understood our commitment to them, that they understood that they were a top priority to us and that we would ensure that even with Games time we would make sure that there was inventory available to them... and ensure that they understood that we would still be available for sale in the November, December, January, March and April periods as well... And we discovered through this multiple meetings that many of them had truly considered just not selling Whistler for the entire winter because when you take away a chunk of their February inventory, that's their high season period, they were questioning would it make sense to be promoting the other periods. But it was through these familiarization tours, it was through this relationship building... and as a result of all of that good work through our sales team, through our hotel partners, through the mountains, they have agreed that they will absolutely sell Whistler through the 2009-2010 season... So there's no doubt that went miles for ensuring that those tour operators are on side.

Now to your question, will it pay off in the numbers that come? Time will tell. Meaning our tour operators are absolutely on side and they will promote and market it. Now it's just a matter of whether the guest will choose to come during the Olympic year or not. And our hope is that they will see the benefits and the wonder of it. But we will not have a better sense of that until the September timeframe.

In next week's Pique Fisher talks about this winter's marketing campaign and the message Tourism Whistler is sending to the world this season.