SFU prof in five-year study to determine how decisions are made in the backcountry
Dec 28, 2016 5:00 PM By: Lynn Mitges 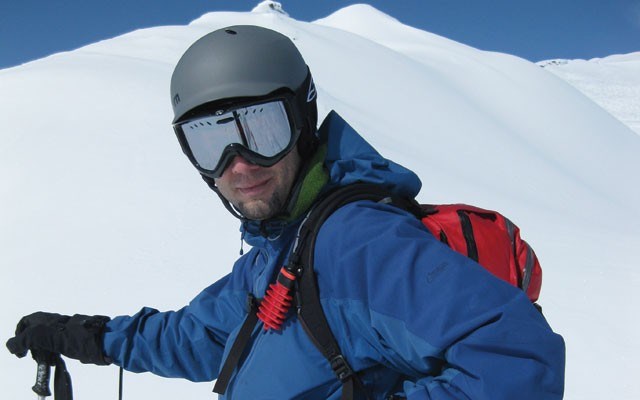 Pascal Haegeli has undertaken a five-year study to try to understand and document how decisions are made in avalanche terrain.

Specifically, the Simon Fraser University assistant professor and research chair in resource and environmental management is exploring what could be described as the emotion of avalanche prediction.

Haegeli explained that, typically, backcountry users undertake avalanche safety training: They are taught to dig a pit, how to read avalanche bulletins, then make appropriate decisions. But what can't be measured — and is extremely subjective — is how an experienced guide, for example, uses the information but also their expertise from years in the field to make the right call.

"It's challenging because there's so much uncertainty involved when you make decisions in the backcountry. So we're really trying to build this up with a very strong understanding of how professionals actually make those decisions. Then provide that information to recreational users."

What is difficult to try to measure — or document — Haegeli said, is how the experienced backcountry users think, especially because how they do it is second-nature to them, or a gut feeling.

"One of the challenging things with doing this type of research is that experts in this complex decision-making process actually have a hard time articulating it because they've done it a million times, it's become totally intuitive to them. And it's really that sort of pattern-recognition skill that they have that allows them to make lots of relatively quick decisions when they're out in the field."

He said a heli-ski guide might make 10 runs a day through complex avalanche terrain — that's a lot of crucial decisions made in a relatively short period of time.

"And because they've done it so many times, they do it automatically. It's like a sixth sense."

But Haegeli said recreationalists just don't have enough time in the backcountry to acquire those skills.

"In some ways we're trying to capture that expertise and pass it on to recreational users."

And users could sure use this help.

"It's an incredibly challenging and seductive environment," Haegeli said.

"It's a beautiful untracked powder slope and it's really hard to step back and make totally rational decisions."

Haegeli said decisions might be made for the wrong reasons, such as people who've travelled to get into the backcountry, but arrive to conditions they're not expecting.

"It's hard at that point to turn around and say, 'there'll be another day.' Dynamics are at play that make people decide on a whim, and make a decision that might not be the smartest."

Haegeli said what he hopes to accomplish is to simplify the decision approach in a way that it can compete with some of those emotional responses.

Haegeli said some guides have been equipped with GPS units and within the previous two winters, he's collected tracking information from more than 20,000 ski runs.

"Now we have fairly extensive data, under all types of conditions... and algorithms will be used to try to extract patterns. "

Haegeli said he also has a vested interested in the subject.

"I'm a backcountry skier. I'm a user so I've been fascinated by the topic and this has allowed me to combine my personal passion of the winter outdoors with my research interest," he said.

Ultimately, Haegeli would like to see some sort of forecasting tool.

"We're really working toward products that would help improve efficiency, where someone can check the assessment of the data against how they've assessed these types of situations in the past," he said.