Dani Schranz wants the SLRD to support the construction of four new trails around park
Mar 11, 2019 12:00 AM By: Joel Barde 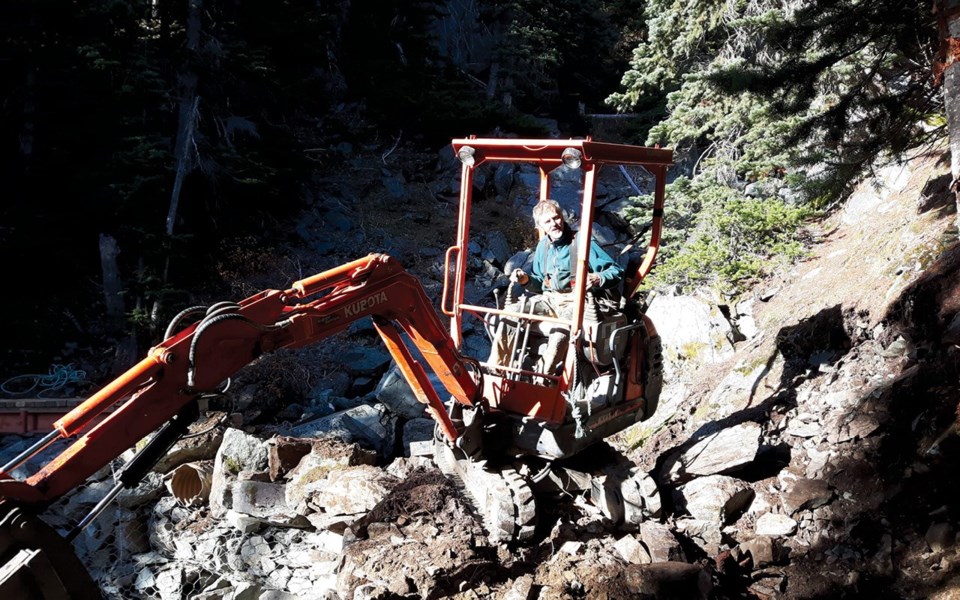 With over 180,000 visitors a year, Joffre Lakes Provincial Park is seeing its fair share of problems, from people illegally parking on the shoulder of the highway to severe overcrowding.

But one trail builder—who presented his idea to the Squamish-Lillooet Regional District (SLRD) board of directors on Feb. 27—thinks he has a solution: more trails in the surrounding area.

"Everybody is talking about how to keep people away and restrict the parking, and I think that is stupid," said Dani Schranz, in a follow up interview.

"(People) want to come, so let's build more trails so they can come."

Schranz—who carried out the upgrades on the Joffre trail back in 2014 and 2015—wants to build accessible, machine-built trails to Rohr Lake, Cassiope Lake, Taylor Lake and Duck Lake.

All of new trails would be accessed via existing logging roads that would need to be widened, he explained.

"So if you clear the bush and grade it a bit ... you could park on one side of the road and then at the trailhead you could make a maybe 10-, 20- or 30-car parking lot easily," said Schranz.

A one-kilometre shoulder could accommodate 400 cars "easy," he added.

Schranz said interest in the outdoors isn't going to slow down anytime soon, and that building the trails could bring more tourism dollars to the region and spread out the visitors who come specifically to visit Joffre Lakes Provincial Park.

He added that the project would need support from First Nations and the province.

But at this stage, he is looking for the support of the SLRD.

"Everybody that I have shared it with, including the SRLD, seems to think it would be a good idea," he said. "But then at the same time, it seems the biggest obstacle in their mind is forestry and conservation of grizzlies."

With regards to grizzlies, Schranz said the activity on the trail would keep them away. "They don't like people walking through their territory, and they can move 200 metres away and they would be fine," he said. "I believe if people (are) bushwhacking it could be a lot worse. Because there is not a common place where people go."

The next step for his plan is for the SLRD to ask for funding and lobby the province to build the trails, he said.

"You know, it's in everybody's interest to promote tourism for this area, so I would like them all to talk about that and lobby for that," he said, adding that having more hiking options would encourage Joffre visitors to stay longer.

The SLRD declined to comment on the proposal at this time.

"The information was received at the February SLRD Board meeting," wrote an SLRD staffer. "There was no discussion and no resolutions. No further action is planned at this time."