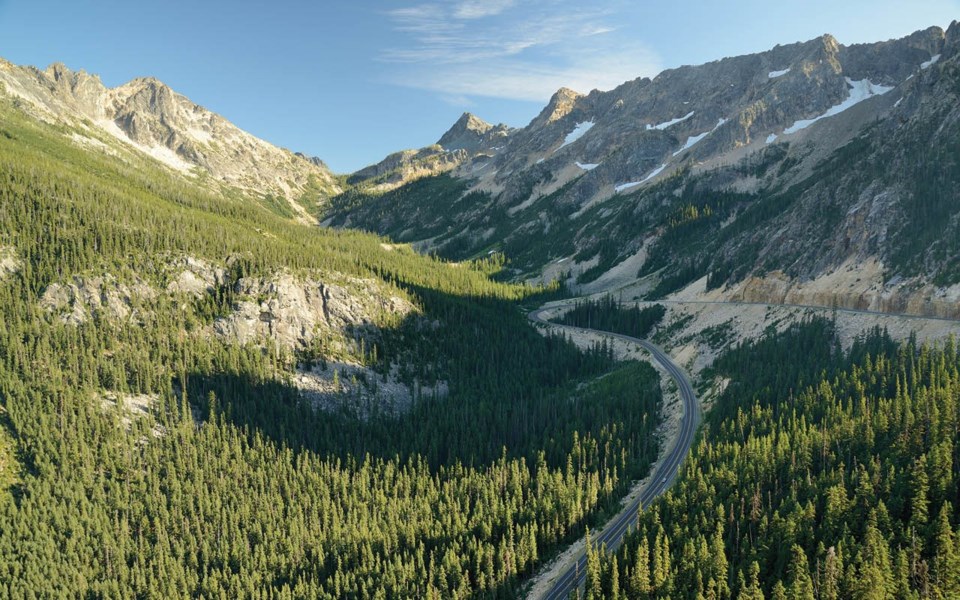 You can forgive environmentalists for being surprised at a recent announcement by U.S. Secretary of the Interior Ryan Zinke.

Zinke's boss—President Donald Trump—is no friend of the environment, rolling back environmental protections and legislation aimed at limiting climate change.

And according the Washington Post, Zinke has endeared himself to Trump by expanding drilling in sensitive federal areas on land and sea and dismantling his department, cutting some 4,000 jobs.

So when Zinke took the podium at the administrative headquarters of the North Cascades National Park in Sedro-Woolley Washington last month to talk about the future of a federal program aimed at recovering the mountain range's decimated grizzly bear population, many expected the worst.

Zinke, however, threw his support behind the program, calling the species recovery the "American conservation ethic come to life."

"The whole thing was a surprise because this administration hasn't been particularly friendly to species and the environment in general," explained Joe Scott, International Programs Director for Conservation Northwest.

The announcement effectively kick-starts a recovery process that began under the Obama administration in 2014 and was halted without clear explanation in the middle of last year.

If it stays on track, grizzlies will be transplanted into the U.S. side of the North Cascades in the next couple years. The National Park Service and the Fish and Wildlife Service have consulted with stakeholders and developed a draft environmental-impact statement on recovering the iconic animal, which once called lands all the way from the Yukon to Mexico home.

The mountain range, which crosses the Canada-U.S. border and is home to Manning Provincial Park, is home to a handful of grizzlies and is in dire need of support, said Scott.

"We don't think we have any breeding females in the system, which means that (the population is) functionally extinct."

As part of the plan, wildlife officers will look to reintroduce bears into the range, a process that has proven effective in other parts of the U.S. and Europe.

One of the proposals being floated is to transplant 25 bears over 10 years, with plenty of ongoing monitoring to ensure the transplants thrive, said Scott.

The land around the park is secure, abundant and rich, said Scott—a great home for grizzlies.

It's exciting news for conservationists on this side of the border as well.

Bruce McLellan, a provincial wildlife ecologist who has conducted field research on grizzlies in B.C. over the past 40 years, believes there will likely be some collaboration between provincial authorities in B.C. and Washington State to facilitate the recovery.

"I'm pretty sure we'll do it together. We've worked with the Americans for decades ... They're our friends," said McLellan.

"There's lots of talk that some of the bears will probably come from B.C.

"If it's done well, it should be pretty effective. Grizzlies are a pretty adaptable animal."

Carried out by B.C.'s auditor general, the report highlighted the importance of the area for grizzly bear recovery, saying that such "southern periphery populations" are critical for maintaining the current population of grizzlies in the province.

With around 15,000 bears, the province's overall grizzly population is healthy, though certain populations—especially those in southwestern B.C.—are at risk. Of 56 grizzly bear populations in the province, nine are threatened, according to the report.

In her report, the auditor general noted that while a recovery plan was developed and approved by the province's environment ministry in 2004 for the B.C. portion of the North Cascades, it was rejected just two years later, because the public "was concerned about the trans-locating bears into the era."

"For the North Cascades population, it may be that recovery actions have been too little, too late," stated the report.

For Johnny Mikes, Field Director for the Coast to Cascades Grizzly Bear Initiative, it is vital for the province to act quickly and implement the North Cascades recovery plan and follow through on the 2008 Sea to Sky Land Resources Management Plan, which included objectives for recovering four other grizzly bear populations in the southern Coast Mountains.

Both plans received ministerial approval, but neither has been followed through on. "Higher level government direction to do this recovery has existed—in one case for 10 years and in the other 14 years—but it's never happened," said Mikes, who believes the current government's attention has been focussed on ending the controversial grizzly bear hunt, which was effectively outlawed last year. "It's time now to move to the real issue for the long term viability of grizzly bears in British Columbians—and that's the habitat issue."

Editor's note: This story has been updated to say that a plan being floated in the North Cascades involves introducing 25 grizzlies over 10 years, rather than 10 grizzlies over 25 years.