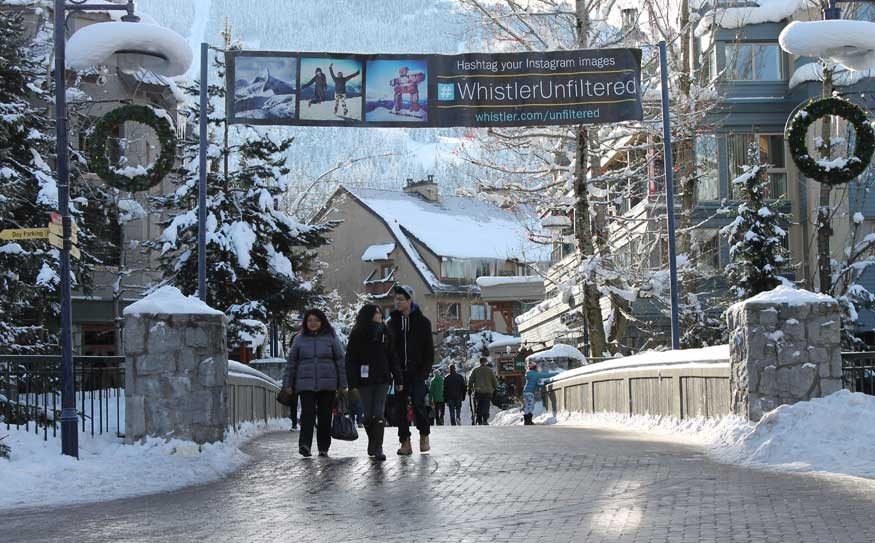 ONE FOR THE AGES Tourism Whistler's Instagram-centred ad campaign, #WhistlerUnfiltered, is a success despite concerns about the service's new usage terms. Photo by Cathryn Atkinson

Tourism Whistler's #WhistlerUnfiltered promotional campaign, which uses Instagram to show off the resort through photos displayed and shared on social media, is still going strong despite recent confusion over who owns the copyright of photos taken in and around the resort.

In an announcement on Dec. 17, Instagram said it would be bringing in changes to its terms of service.

The free photo-sharing and social network, which is owned by Facebook, is being used by Tourism Whistler with the aim of creating a collection of unofficial, uncensored, candid shots of Whistler in all its snowy glory through the lives of real people. They are uploaded to mico-website http://unfiltered.whistler.com/.

But Instagram announced it would change terms to allow it to sell users' photos to third parties without notification or compensation after Jan. 16, 2013. This caused an outcry from users and privacy advocates around the world, even leading to starlet Kim Kardashian suspending her popular Instagram account.

The company tried to recover by retracting the announcement and is now trying to develop "new language" in its terms of use to replace the problematic plan.

The announcement also led to a 25 per cent drop in use of Instagram during Christmas week, according to Business Insider Magazine.

Louise Walker, the vice president of Marketing and Strategic Planning at Tourism Whistler, said the controversy had not impacted the #WhistlerUnfiltered campaign, and over 1,300 photos have been uploaded and tagged by the public since Instagram's Dec. 17 announcement.

"It hasn't slowed down the campaign at all. We have had over 5,500 images tagged since we launched on October 1," Walker said.

"We're not worried, but the marketing team at Tourism Whistler has been keeping an eye on comments and releases from Instagram, certainly."

Walker added that copyright of all photos taken by the public will not change and all participants retain ownership of their images; several were being contacted by Tourism Whistler for further use of their photos in promoting the resort.

Visitors to the resort as well as residents are invited to continue visiting the micro-website, which is set up for the season, to add their images to various categories.

The categories include Anticipation (the journey), Rooftop of the World (the beauty of the alpine), Dropping in (the experience on the slopes), Snow play (skating, sledding and more), and Boots off (Après). Focusing on the enjoyment of the Whistler experience aims to make the resort a top-of-mind experience for potential visitors, and build an emotional relationship with the resort.

Instagram has become Facebook's most popular application, it was announced on Dec. 31, taking the top spot from the game Farmville. It was announced last year that Instagram had over 100 million active users as of Sept. 2012.