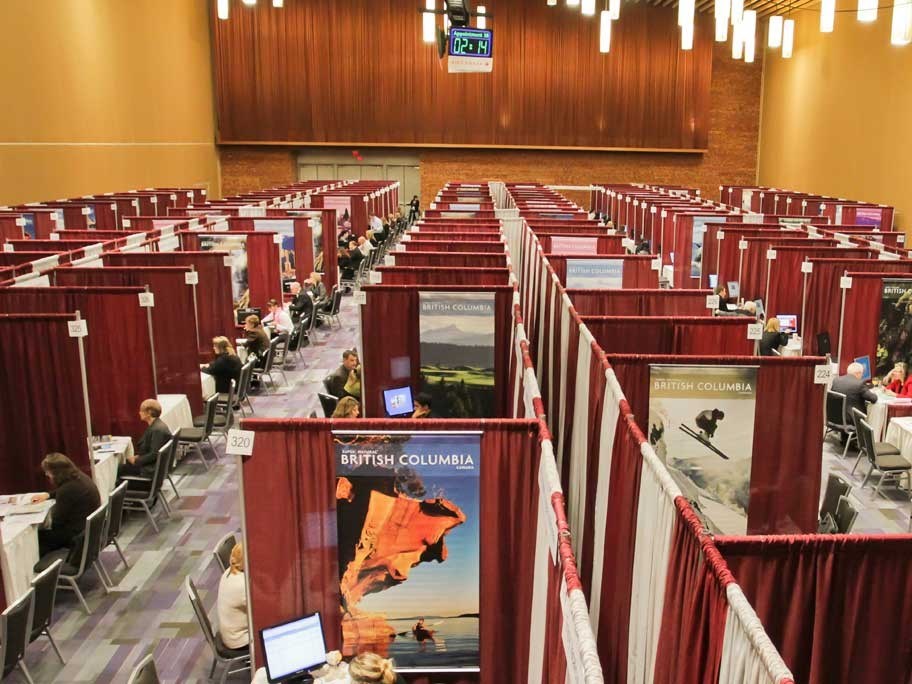 For three days Tourism Whistler representatives networked with travel buyers from around the world at the 24th annual 'Canada's West Marketplace' in Vancouver.

Shawna Lang, Tourism Whistler's Senior Manager of Leisure Sales, was at the convention Nov. 28 to Dec. 1 with three of her TW co-workers to talk about what the resort has to offer for summer and year-round visitors.

She said the convention attracted quite a few new Chinese buyers.

"Really (we were) just putting Whistler in their mind and doing initial introduction to product," said Lang of meetings with travel retailers in China.

She said the TW mission at the convention was to educate buyers about Whistler, influence Whistler placement in brochures, and make sure Whistler was a tour option for 2013 with operators from around the world.

Lang said the convention provided a great opportunity to talk about the new products like the Whistler Sport Legacies products — the Whistler Sliding Centre and Whistler Olympic Park — and the current snow messaging along with the success of the newest summer events in Whistler.

"There is a lot of work now we have to do following up with some of the operators who were interested," said Lang.

According to the convention organizers with the Ministry of Jobs, Tourism and Innovation the trade show included more than 145 buyers from 16 countries and more than 250 tourism businesses and organizations from across B.C. and Alberta. The number of participants this year was the largest in the last four years.

The countries represented at the event included some of Whistler's key markets like the U.S., Australia and the United Kingdom along with secondary and emerging markets like Germany, Japan, China, India and Mexico.

The provincial government is putting new emphasis on the tourism industry as part of its plan to attract more visitors and create more jobs through increased cooperation between government and industry.

According to statistics provided by the ministry, 127,000 British Columbians worked in the tourism industry last year. The sector generated more than $13.4 billion in revenue and reportedly contributed more than $1.2 billion to provincial government revenues.

"The province, in partnership with Travel Alberta, hosts 'Canada's West Marketplace' to help our tourism businesses showcase their products to representatives from key international markets, enabling them to build relationships with tour operators and wholesalers around the world," said Pat Bell, Minister of Jobs, Tourism, and Innovation.

The convention was held at the new Vancouver Convention Centre.